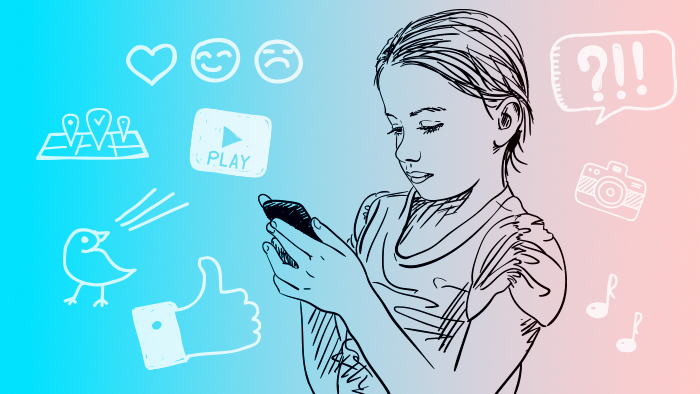 Muscat: Parents should monitor their children when they are engaged with phones for a long time, a circular sent from the Indian School Muscat (ISM) to parents on Sunday, stated.
“Mobile phones have become a widespread phenomenon in the present time. Recently, there has been a lot of speculation about the impact of cell phone radiations in our body.
“It’s very unfortunate that our youngsters are totally addicted to mobile phones and laptops, which adversely affect their health and academic performance. Use of cell phones also tempts them to indulge in texting inappropriate messages and capturing pictures, which may put them in trouble later,” the Principal of ISM, Dr Rajeev Kumar Chauhan, said in the circular.
“For students in the pre-primary and primary sections, a smartphone with an internet connection is not at all necessary.
“For older children, the usage should be monitored by the parents regarding the sites and the games that they play.
“Children, by nature, are curious and may have a tendency to visit sites, which may be inappropriate for their age and play games, which could be harmful for them, both physically and emotionally,” Chauhan said.
Counsel students
He also asked the parents to teach their students how to be safe online.
“At school, we do counsel our students regularly about being safe in the cyber world.
“It would be nice if you as parents can also reiterate this point and teach them how to be safe online,” the circular said. Earlier, ISM had banned the use of mobile phone on the school campus.
“Students are strictly instructed not to carry mobile phones in school. If any student is found with a mobile phone in school, strict action will be taken,” Chauhan had said in a circular issued earlier this month.
There are around 9,000 children studying from KG1 till Class XII at ISM. Welcoming the circular, parents said they have started teaching about dangers of the cyber world to their children. “Just like I warn about strangers on the street, I have to do the same when it comes with online behaviour as well,” Shiv Kumar, the parent of an ISM student, said.