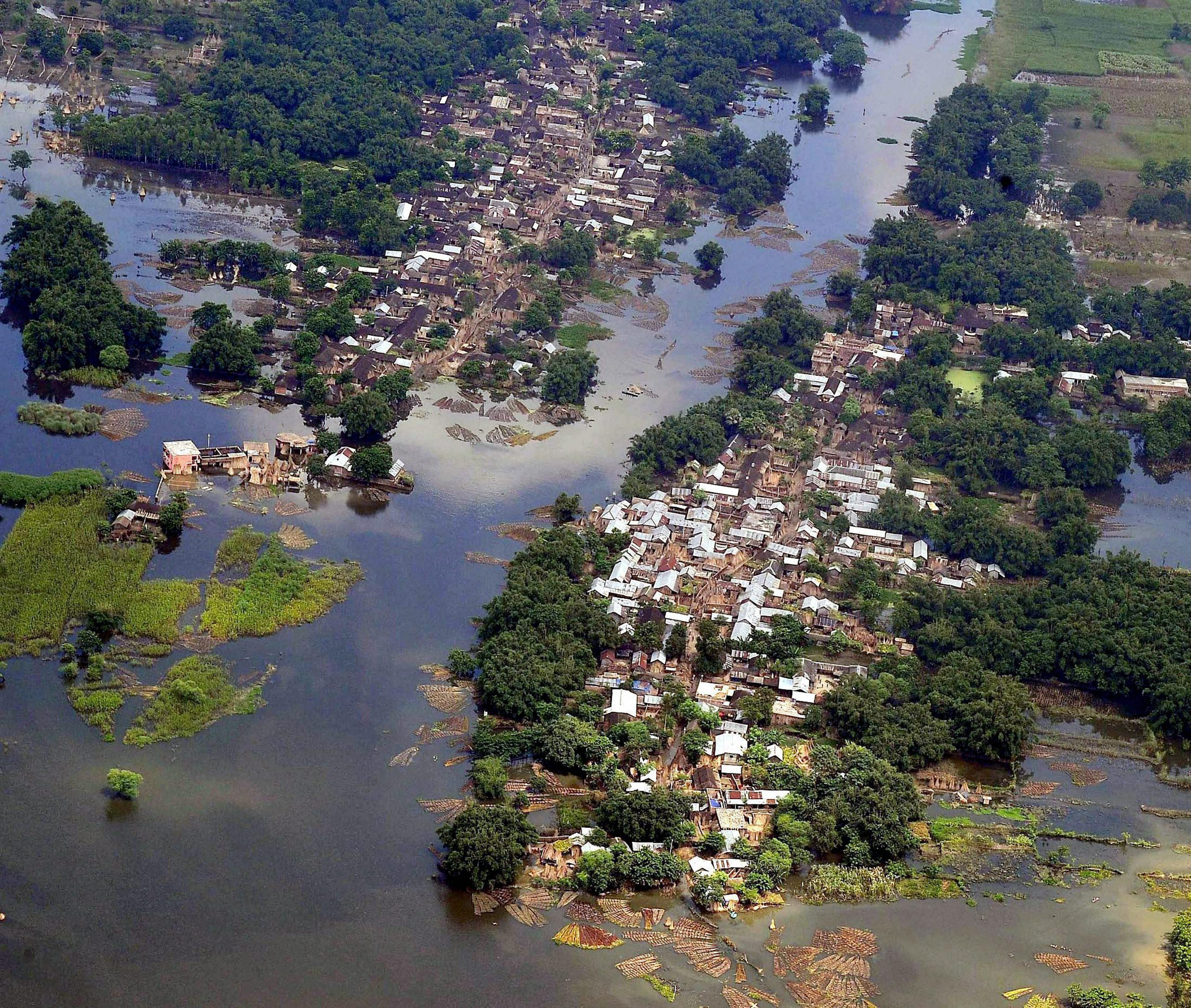 New Delhi: Floods in Bihar claimed 32 more lives while 2 persons were killed in Uttar Pradesh even as the situation improved in the eastern states of Assam and West Bengal following less rainfall on Monday.
In Odisha, heavy rains, triggered by a low pressure, disrupted normal life in many parts on Monday causing a flood-like situation in three districts.
In Kalahandi, Malkangiri and Nabarangpur districts incessant rains caused several rivers to be in spate and inundate over six villages and snap the road links, officials said.
Kalahandi Collector A. K. Manik said a 10-foot breach in the Indravati left canal, near Ranibahal, led to the inundation of some villages. There was a flood-like situation at places near the Hati river in the district, following heavy rainfall in its catchment areas.
Two fresh deaths were reported from Uttar Pradesh's Gorakhpur taking the toll to 102 in the flood-affected districts. Two persons are missing while three are injured. The number of flood-affected districts is 24.
A number of people have taken shelter in relief camps. Rivers Rapti, Ghaghara, Burhi Rapti, Rohini and Quano are in spate and have inundated vast areas in Lakhimpur Khiri, Barabanki, Faizabad and Ballia, Gorakhpur and Siddharthnagar.
Toll in Bihar reached 514 after 32 more deaths were reported today even as authorities said that the flood situation marginally improved in the state where 1.71 million people in 19 districts are still affected. Water receded in some places following which many people returned to their homes and the number of relief camps further dropped to 115 from 222.
Chief Minister Nitish Kumar held a review meeting on flood through video conferencing with senior officials of the marooned districts and appreciated their hard work.
The flood situation in Assam continued to improve on Monday, although 125,000 people in five districts of the state are still reeling under it.
Chief Minister Sarbananda Sonowal took stock of the entire network of embankments and asked the water resources department to begin repairing of the breaches caused by the deluge.
According to a report by the Assam State Disaster Management Authority (ASDMA), 125,000 people were affected currently in Chirang, Morigaon, Nagaon, Karbi Anglong and Golaghat districts.
As per the ASDMA report, Morigaon was the worst hit with over 74,500 affected people, followed by Nagaon where nearly 48,000 people were hit by the deluge. As many as 299 villages remained under water and nearly 15,500 hectares of crop area were inundated, the ASDMA said.
The authorities are running 82 relief camps and distribution centres in five districts, where 23,545 people have taken shelter.
The Dhansiri river at Numaligarh in Golaghat, the Barak at Badarpurghat in Karimganj, the Katakhal at Matizuri in Hailakandi and the Kushiyara at Karimganj town are flowing above the 'danger' mark.
Flood situation in the six districts of northwest Bengal has improved following little rainfall. Water has receded from most areas of Jalpaiguri, Coochbehar, Alipurduar, Uttar Dinajpur and Dakshin Dinajpur districts, while some areas in Malda are still inundated, he said.
According to Monday's government report around 25,551 houses were fully damaged, 50,624 severely and 5,04,947 partly ruined.