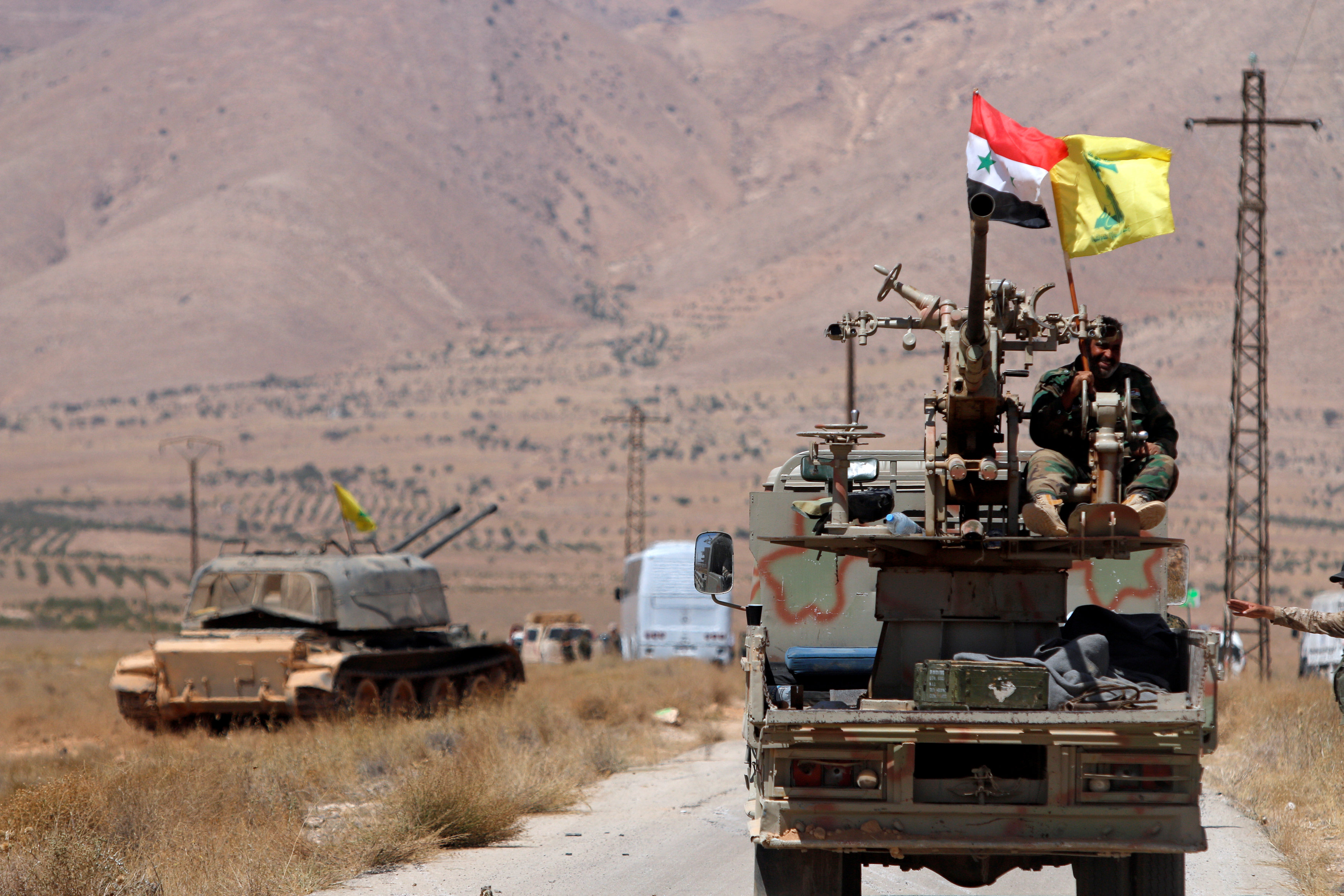 Beirut: The Syrian army and Hezbollah on Monday prepared to escort IS militants to eastern Syria from their enclave on the border with Lebanon under an agreement following a week-long offensive against the extremist group.
It will end any extremist militant presence on the border, an important goal for Lebanon and Hezbollah, and is the first time IS has publicly agreed to a forced evacuation from territory it held in Syria.
Ambulances carrying 25 injured IS militants began moving to a marshalling point for the evacuation convoy, a media unit run by Hezbollah reported, while buses to carry the militants and their family members also moved into the area, a witness said.
IS agreed a ceasefire on Sunday with the Lebanese army on one front and the Syrian army and Hezbollah on the other after losing much of its mountainous enclave straddling the border, paving the way for its evacuation.
Both Hezbollah and Lebanese officials have billed the evacuation as a surrender by the extremst group.
"We do not bargain. We are in the position of the victor and are imposing conditions," Lebanese Internal Security General Abbas Ibrahim said on Sunday.
Hezbollah has been a close ally of Syrian President Bashar Al Assad through Syria's six-year civil war.
The Lebanese army said its offensive against IS did not involve coordination with Hezbollah or the Syrian army.
Under the evacuation deal, the militants are to move out of their positions to a point on the Syrian side of the border before their transport to Al Bukamal in eastern Syria, a Lebanese security source said.
Syria's state-run Ikhbariya news channel reported on Monday that the group was burning its machinery and headquarters.
A witness in Syria at the position where buses were gathering to receive the IS militants said black smoke was visible in the hills and Syrian army and Hezbollah vehicles were present.
The deal involved IS revealing the fate of nine Lebanese soldiers it captured when it overran the town of Arsal in Lebanon in 2014.
A senior Lebanese security official said late on Sunday the soldiers were almost certainly dead after recovering six bodies and digging for two others in areas previously held by IS.
Earlier this month, two other pockets straddling the border were recaptured by Lebanon and Syria after other militant groups accepted similar evacuation deals.
Those agreements were prompted by a brief Hezbollah offensive that began at the end of July against militants of the group formerly known as Nusra Front, which was Al Qaeda's official partner in Syria until last year.
Hezbollah has maintained a strong presence in the parts of Syria near the border with Lebanon for years, helping Assad to recapture several rebel-held towns and villages there.
The threat to Lebanese territory from rebel and militant groups in Syria was evident in the 2014 attack on Arsal.
Suicide bomb attacks struck a predominately Shi'ite area in south Beirut, where Hezbollah is widely supported, in November 2015.
Inside Syria, IS is retreating on all fronts, losing territory both to the Syrian army and its allies, and to an alliance of Kurdish and Arab militias backed by a U.S.-led coalition.