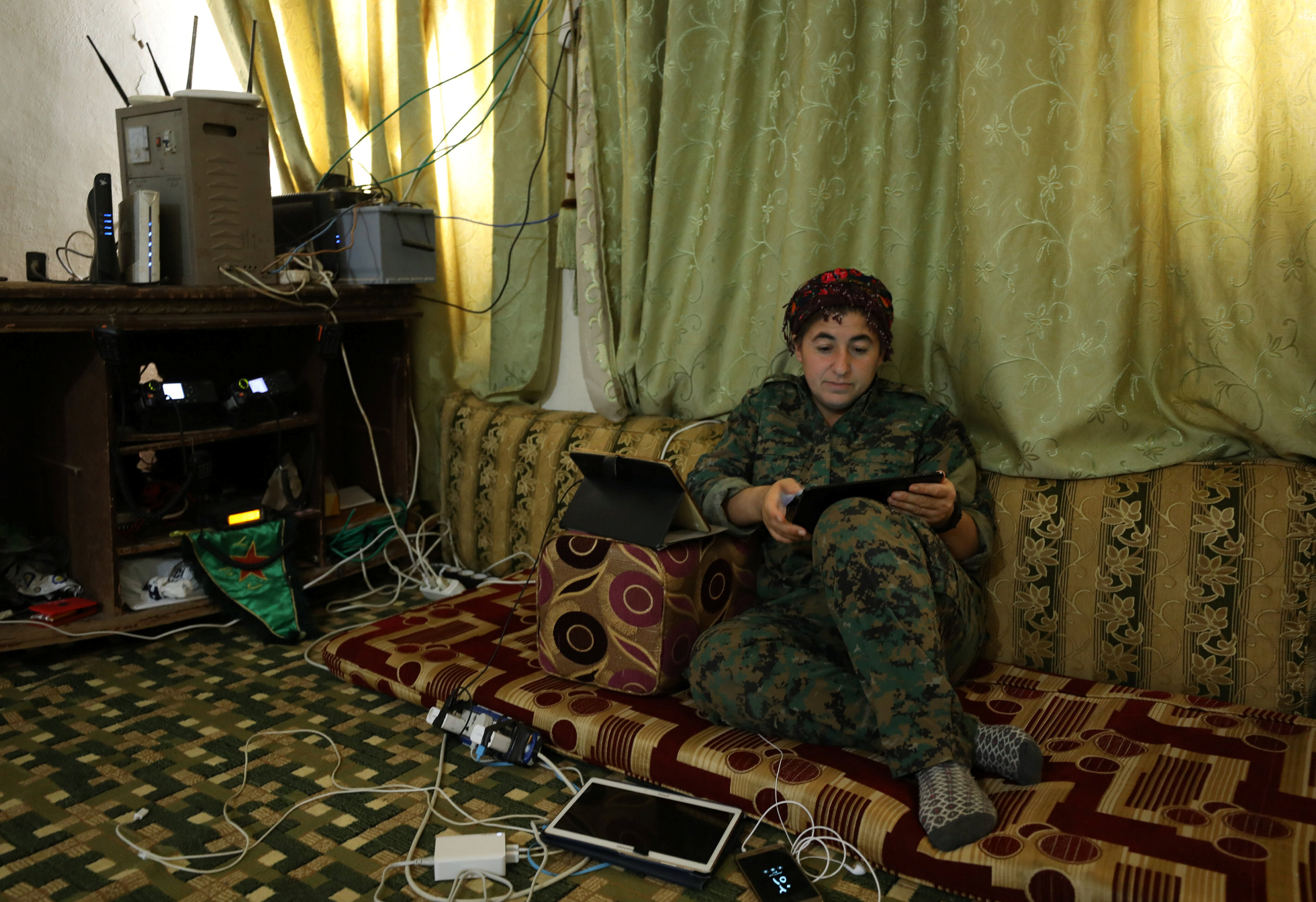 Raqqa (Syria): The battle to oust IS from its stronghold in the Syrian city of Raqqa should end within two months, a top-ranking Kurdish commander told Reuters, but said she expects the fighting to intensify.
Nowruz Ahmed sits on the military council of the U.S.-backed Syrian Democratic Forces (SDF) and as one of a small number of members of its Raqqa general command is one of the most senior commanders in the offensive.
IS has lost swathes of territory since 2015 in both Syria and Iraq, including the Iraqi city of Mosul.
In Syria, under separate attacks from a U.S.-led coalition and from the Russian-backed Syrian army, it is falling back on its strongholds along the Euphrates valley east of Raqqa, the de facto capital of the caliphate it declared in 2014.
"We cannot determine the time period in which the battle of Raqqa will end precisely because war has its conditions. But we do not expect it to last long, and according to our plans the battle will not take longer than two months from now," Ahmed said.
The SDF alliance of Kurdish and Arab militias is fighting inside Raqqa's city centre, with the help of air strikes and special forces from the U.S.-led coalition.
They pushed into the city in June after battling for months to encircle it.
Ahmed said the SDF was focused on the Raqqa battle for now and had not yet set plans to launch an assault in Deir Al Zor province, which is further down the Euphrates towards the Iraqi frontier and remains almost entirely under IS control.
Ahmed, a women's rights activist before Syria's civil war began in 2011, heads the all female counterpart to the Kurdish YPG militia.
The YPG is the most powerful component of the SDF, and the female unit has played a leading frontline role on the battlefield during the Raqqa campaign.
She spoke to Reuters in Raqqa in what she said was her first interview with the media.
She estimated IS had between 700 and 1,000 fighters left in Raqqa, mainly at the centre of the city.
The SDF has encircled the militants and captured around 60 per cent of the city.
The SDF had a solid core of about 15,000 fighters in the Raqqa offensive, Ahmed said.
Before the fighting began late last year, it had over 50,000 forces and has continuously enrolled new ones, she added.
The presence of an estimated 5,000 to 10,000 civilians besieged in Raqqa, including families of IS fighters from outside the city, has hampered the advance, said Ahmed.
"During our incursions, we try to open safe passages for them so they would not be a target of our attacks, but there are also many mines that led to the deaths of civilians," she said.
IS will fight until the end, and many of its remaining militants in Raqqa are foreign fighters who will carry out suicide attacks, Ahmed said.
The SDF and its allies have set up a civilian council to run Raqqa after IS is defeated in the city.
Ahmed said the SDF "has no plans to stay inside Raqqa after it is freed unless we are asked".
The major role of the Kurdish YPG in the battle for Raqqa, a mostly Arab city, is a point of sensitivity for many of the city's former residents, according to activists from Raqqa.
It is also sensitive for Turkey, a U.S. ally which fears expanded Kurdish influence along its border with Syria.
Ahmed said 60 per cent of the SDF's 50,000 fighters were Arab, 30 per cent Kurdish, and 10 per cent from other ethnic groups.
The spokesman for the U.S.-led coalition backing the SDF said earlier this month that there are 24,000 Arabs and 31,000 Kurds in the alliance. Last week, the head of the Deir Al Zor military council, a part of the SDF, said an offensive to capture the eastern province of Deir Al Zor from IS would start soon.
However, Ahmed said the SDF has no plans now to advance into the province because of the focus on Raqqa, and that a Deir Al Zor campaign had not been discussed with the U.S.-led coalition.
"There are demands for us to free Deir Al Zor and we are currently studying this," she said, adding that the SDF had enough forces to capture the province.
The Syrian army and its allies are advancing eastwards through central Syria along several fronts in their own offensive towards Deir Al Zor, where a government enclave has been besieged by IS for years.
"If the regime doesn't attack us and make a target of us, we will not attack it," Ahmed said.