Timeline of the Timeless Masterpiece: Rolex 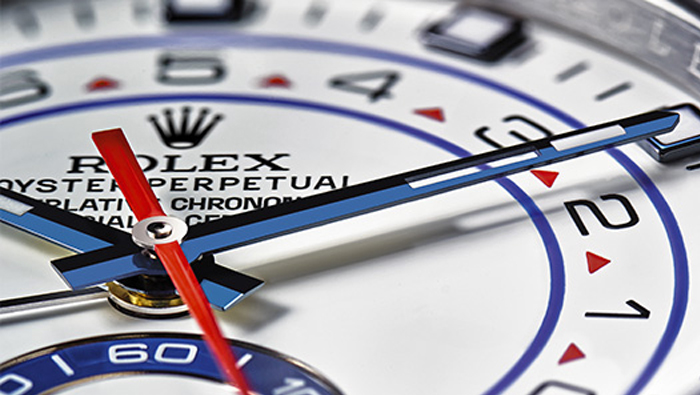 One of the most known and respected brands in the world of horology, Rolex SA is the largest single luxury watch brand, producing about 2,000 watches per day, with a brand value of USD 8.3 billion (As of May, 2015 – Forbes Magazine). Adorning the wealthiest wrists around the Globe, Rolex are the most ultimate statement one could make about time-pieces. We give you a sneak peek into the iconic brand's birth and evolution over the time.
1881 – Hans Wilsdorf, the founder of Rolex is born in Bavaria, Germany
1905 – Hans Wilsdorf and Alfred Davis form ‘Wilsdorf & Davis’ in Hatton Garden, England. Start manufacturing watches and watchcases importing Swiss Movements, and sourcing dials.
1908 – Wilsdorf registers the trademark "Rolex" and opens an office in La Chaux-de-Fonds, Switzerland.
1910 – A Rolex becomes the first wristwatch to obtain the ‘First Class Chronometer Certificate’ from the Horology Society, Switzerland
1912 – The Rolex Watch Co. begins manufacturing watches in Bienne, Switzerland
1914 – Kew Observatory in Great Britain awards a Rolex wristwatch a class “A” precision certificate, a distinction which until that point in time had been reserved exclusively for marine chronometers.
1915 – The company name is officially changed and registered as Rolex
1919 – Wilsdorf returns to live in Switzerland. Moves the company to Geneva, Switzerland, where it is established as the Rolex Watch Company.
1920 – Founds Montres Geneva, Alfred Davis is no longer part of Rolex watch company.
1925 – The Rolex crown logo is registered as a trademark.
1926 – Rolex patents the screw down crown known as the Oyster
1927 – Mercedes Gleitze becomes the first British women to swim the English Channel on October 21, whilst wearing a Rolex watch. One month later the new Oyster is launched on front page newspaper advertisements in the London Daily Mail.
1931 – Rolex patents an automatic rotary winding mechanism, the Oyster Perpetual.
1935 – Whilst wearing the Rolex Oyster, Sir Malcolm Campbell sets a new land speed record in his Bluebird.
1945 – The Oyster Perpetual Datejust watch is launched, the 1st automatic, waterproof Chronometer with the date visible through a window in the dial.
1952 – The 1st Explorer prototype watch, model 6098 is launched. In May 1953 Sir John Hunts Mount Everest team are issued with prototype Explorers.
1953 – A large test watch known as the Deep Sea Special is attached to the exterior of Prof. Auguste Piccard's bathyscaphe, FNRS-2 which reaches a depth of 3131.80 meters. The Watch remains waterproof, also this year The Turn-O-graph watch model 6202 is introduced.
1954 – The Milgauss watch & GMT-Master watch are introduced.
1959 – The Submariner 5512 watch with protective crown guards is introduced.
1960 – Rolex founder Hans Wilsdorf Dies, The 1st Cosmograph watch is launched model 6239.
1966 – The Sea dweller watch 1665 is introduced, with a helium Gas escape valve making it the first commercially available watch for use by saturation divers, The Submariner watch 1680 featuring a Date is launched.
1971 – The Explorer II watch is launched.
1990 – Rolex produces its 10,000,000 chronometer certified watches.
2003 – Rolex celebrates the Submariners 50th anniversary by launching the 16610LV model with a green bezel at the 2003 Basel watch fair.
2005 – Rolex develops and patents the Cerachrom bezel for specific Professional models to ensure lasting beauty and functionality even after exposure to the most extreme conditions.
2005 – Rolex creates the blue Parachrom hairspring. Crafted from a paramagnetic alloy, it is unaffected by magnetic fields and up to 10 times more resistant to shocks. Historically, the unique blue colour of the hairspring has been a sign of prestige reserved for only the most accurate timepieces.
2007 – The Oyster Perpetual Yacht-Master II regatta chronograph is the first watch in the world equipped with a programmable countdown with a mechanical memory.
2012 – The Oyster Perpetual Rolex Deepsea Challenge is an experimental diving watch certified waterproof up to 12,000 metres (39,370 feet), entirely designed and built by Rolex to resist the extreme pressure in the deepest reaches of the oceans. Sets the record for the deepest diving watch in the world.
2013 – In keeping with its history of close ties to motorsports, in 2013 Rolex entered into a long-term partnership with Formula 1 Racing as Official Timekeeper and Official Timepiece.
Genius in Five letters - The tale behind the name
Hans Wilsdorf wanted his watches to bear a name that was short, easy to say and remember in any language, and which looked good on watch movements and dials.
He said, “I tried combining the letters of the alphabet in every possible way. This gave me some hundred names, but none of them felt quite right. One morning, while riding on the upper deck of a horse-drawn omnibus along Cheapside in the City of London, a genie whispered ‘Rolex’ in my ear.”