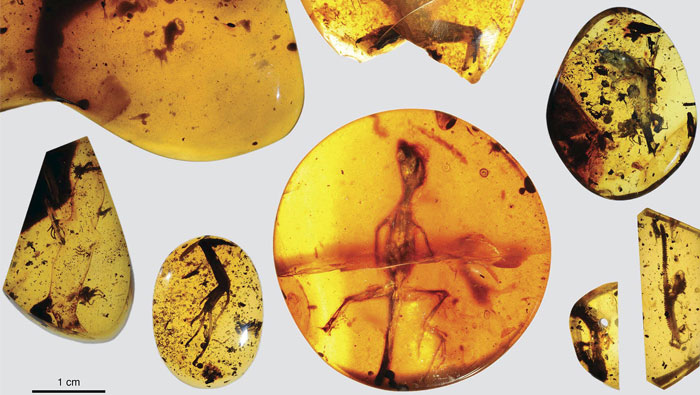 Florida: A fossilised lizard found in Southeast Asia preserved in amber dates back some 99 million years, Florida scientists have determined, making it the oldest specimen of its kind and a "missing link" for reptile researchers.
The lizard is some 75 million years older than the previous record holder, according to researchers at the Florida Museum of Natural History, who announced the finding this week.
It was found decades ago in a mine along with other ancient, well-preserved reptile fossils, but the US scientists were able to analyse the finds only recently.
"It was incredibly exciting to see these animals for the first time," Edward Stanley, a member of the research team, said on Saturday. "It was exciting and startling, actually, how well they were preserved."
Scientists believe the chameleon-like creature was an infant when it was trapped in a gush of sticky resin while darting through a tropical forest in what is now Myanmar, in Southeast Asia.
The creature's entire body, including its eyes and colorful scales, is unusually well-preserved, Stanley said.
The other reptiles trapped in the amber, including a gecko and an arctic lizard, were also largely intact.
Small reptiles have delicate bodies and typically deteriorate quickly, he said. Being encased in solid amber helped to lock the specimen together.
Stanley and other researchers used high-resolution digital X-ray technology to examine the creatures and estimate the age of the amber without breaking it.
The discovery will help researchers learn more about the "lost ecosystem, the lost world" to which the creatures belonged, Stanley said, and it may help researchers learn more about the creatures' modern relatives.
"It's kind of a missing link," Stanley said.