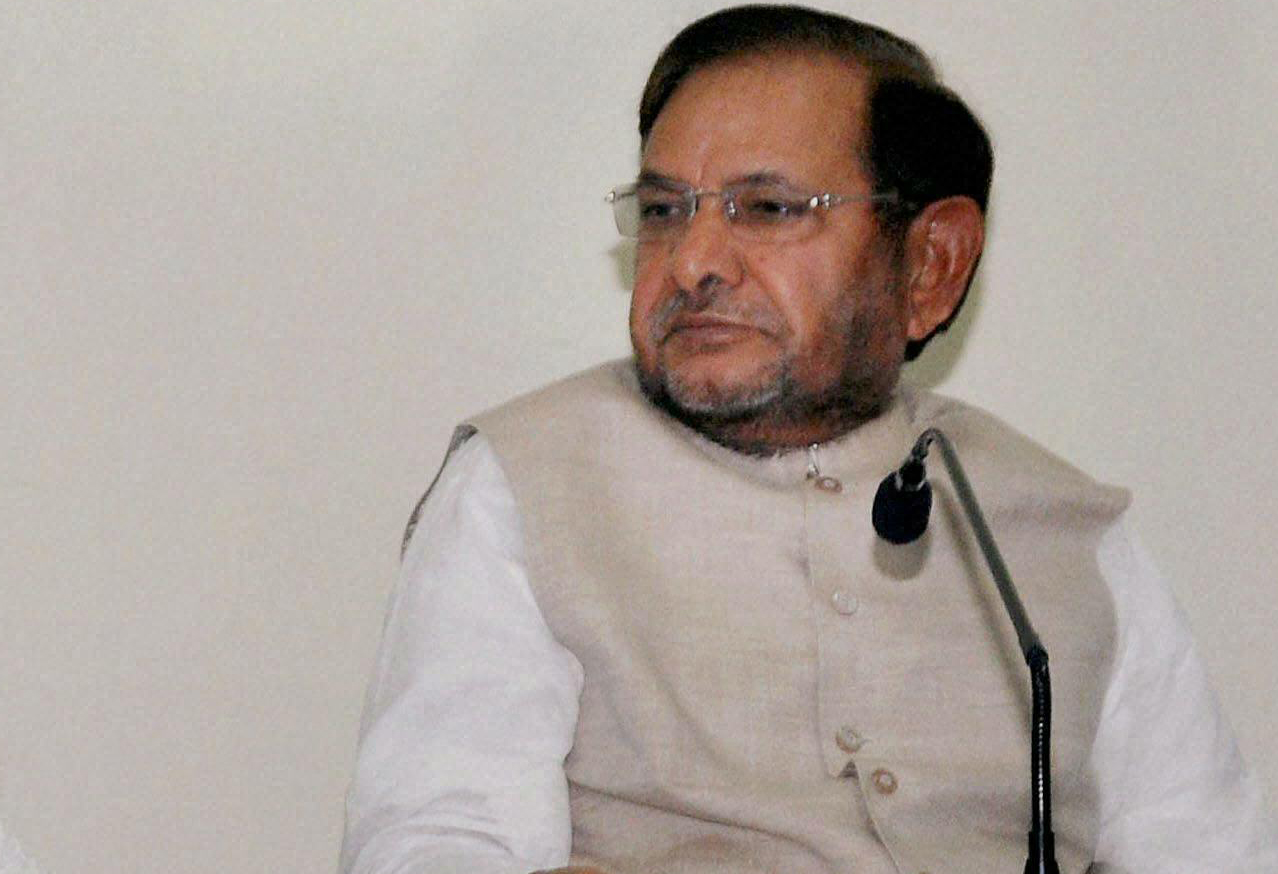 New Delhi: Rebel Janata Dal(United) leader Sharad Yadav has received a threat letter allegedly from a right wing group which has warned him against interfering in Bihar politics and supporting "anti-national" forces.
His office said they have informed the Union Home Ministry about the letter which was delivered at the Rajya Sabha member's residence by post recently.
The letter has warned him that he should not speak against the Bihar government and Hindu interests or he will have to suffer the consequences. It said that he has made a big mistake by siding with "anti-national" forces.
Yadav has come out against his party's decision to dump the "grand alliance" of the Rashtriya Janata Dal and the Congress and to join the National Democratic Alliance.