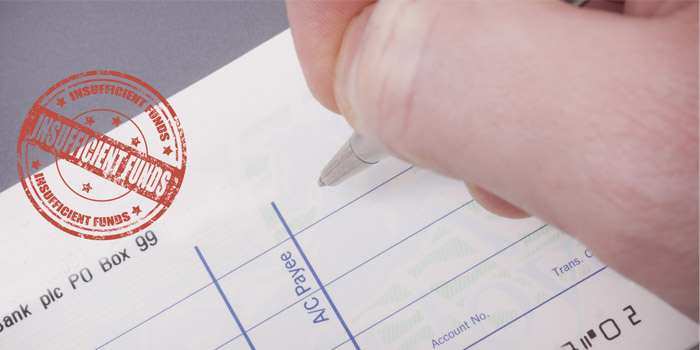 Muscat: More people are going to jail for writing cheques they cannot honour, according to senior lawyers and advice groups.
Legal experts in Oman have a simple message to those who are unable to meet their financial obligations due to the economic slowdown – don’t write cheques you can’t pay.
With the current climate making it difficult for people to pay off existing loans and obligations, there has been an increase in the number of people being sent to jail for issuing bad cheques, lawyers say. The number of cheques that bounced in 2016 in Oman reached 373,082, up from 282,209 in 2015, representing a 32 per cent increase, a Central Bank of Oman report has revealed.
“There is a definitely rise in the number of people who go to prison because of their failure to pay off their cheques,” said Mohamed Al Tayib Abennour, Senior Counsel, Dept. of Litigation at Al Alawi and Co.
“Usually, cases for bounced checks would be settled amicably after the beneficiary submits the check to the bank and if there is no money, then you file a case which will put pressure on the person who has drawn the cheque.
“If he pays then the beneficiary has the right to drop the case, but if he does not pay he will go to jail,” he added.
“The sentence issued will be according to the amount of money owed, and this could range from one month to one year. I believe the law is correct in dealing with these bounced cheques. It is a crime, because cheques are an instrument of payment, just like cash.
“If the law does not stand strong against such crime, then the market could crash, anyone could issue cheques and no one will pay.
“It is a crime to issue a cheque without sufficient funds and this should continue.”
Another senior lawyer in Oman, who deals directly with defaulters, added: “The court looks at this in a very simple manner: when you issued the cheque, did you have enough money in your account?”
“If you did not, you should not have issued it, and if you knew you did not have enough money, why did you issue it in the first place?
“We have about five to seven cases of people coming to us every week, because of this.
“When we began this service about a year and a half ago, we received one, maybe a maximum of two or three people a week so that shows how serious the matter is now.
“Often, these people have lost money because their businesses have failed, and that can happen with the current economic climate. Companies will definitely show some amount of grace, but they need to run as well.”
According to Omani legislation, banks and companies will give clients up to six months to realise the amounts on their cheques. If they cannot pay the money that is due in this period, banks issue a defraud notice, and legal teams are supposed to follow up and treat such situations as criminal cases, within a year of the date of issue of the cheque.
“They treat it is as a criminal case, because only then do people take it seriously,” added the expert. “Otherwise, people think they can continue to delay payments but that does not work. If, for example, a school does not receive fees from parents because of bad cheques, they will definitely give them some time to correct this mistake, but then they will come to us because they also have to function. The first thing I would do as a parent is either move my child from that school, because I cannot afford to pay such high fees, or pay off the cheque immediately.”
Charity organisations have also stepped up their efforts to protect people from being punished in cases such as bounced cheques or inability to repay loans. “We have seen a rise in the number of people who have defaulted and asked for our assistance,” said Deena Shahrabani, who works for a legal foundation that helps individuals in financial troubles.
Shahrabani added that the foundation has increased its support through different techniques which include financial help as well as advising people in such situations.
According to Omani law, a bank account of which a cheque has been written must hold that amount at anytime. Failing this is a criminal offence and fines and jail term can be passed by courts with regards to this.
According to the Central Bank of Oman, insufficient funds continue to lead the list of reasons of bounced cheques (74.88 per cent), followed by account closed or “legally blocked” account (9.79 per cent), and then MICR Encoding errors (4.05 per cent).
In addition to that, as a percentage of total cheques, bounced cheques witnessed an increase from 6.91 per cent in 2015 to 8.40 per cent in 2016.
Ramanuj Venkatesh, Assistant Manager (Accounts), Larsen and Toubro, added: “The current market will unfortunately not tolerate reckless spending so it is important for people to live within their means. These happen more often than I would like to think and it is unfortunate when people are in such situations. The banks will of course take stringent measures to enforce that cheques are honoured on time, but before they are forced to resort to strict action, it is better to govern these matters ourselves.”