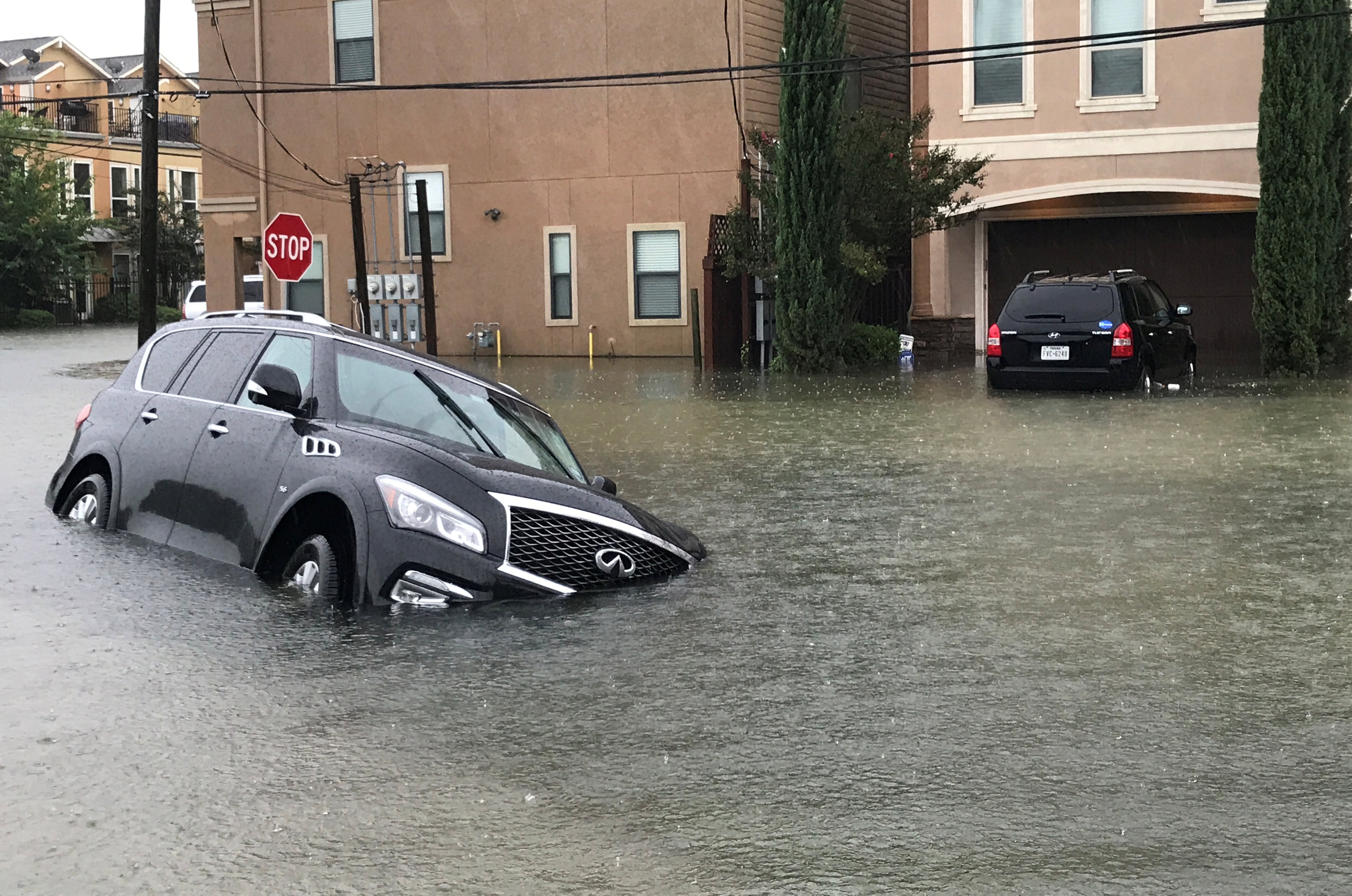 Houston: Flood-stranded Texans in the Houston area took to social media on Sunday with desperate pleas to be rescued from their homes as Tropical Storm Harvey and its torrential rains slowly lumbered across the region.
With authorities urging Houston's more than 2 million residents to stay in their homes rather than risk venturing outside, some 70,000 of them formed a Facebook group that many of them used to call for help.
"Rescue needed!!" Lorena Martinez posted on the group, known "Hurricane Harvey 2017 - Together We Will Make It; TOGETHER WE WILL REBUILD."
Martinez said 20 people, including six children, an elderly person and a pregnant woman, were stranded in a house on Houston's Roper Street. "Tried emergency service but not responding," she said.
"They're in the attic with ax on hand if necessary."
Many Houston residents reported being holed up in their attics, some with axes to chop their way out if necessary, even though emergency services advised people to climb onto the roofs to escape rising waters.
"Anyone in the area that can help... 4 adults 4 kids stuck in the attic.. no tools to break/cut into the roof," said Carolyn Withrow Hutchins, who also posted a map with the location.
Emergency crews had rescued more than 1,000 stranded people from cars and homes in the Houston area by early Sunday.
Texas Governor Greg Abbott said the state was adding helicopters to those operated by officials in Houston and Harris County to help rescue stranded residents.
"Before today, the state had already made multiple water rescues from helicopters from dropped lines, and we are prepared to continue that process," Abbott said on CNN's "State of the Union" program.
Many residents posted that they were unable to reach emergency services by phone or were told that their rescues would take several hours. Kathaleen Hervey was among many who turned to Twitter for help, saying a resident she knew needed to be rescued.
"He is trapped and can't get through 911 or any of the emergency numbers, send a boat!!!" she tweeted to Houston Mayor Sylvester Turner. Turner said emergency responders were giving their highest priority to the most flood-ravaged areas.
"911 is working," Turner tweeted. "Every need is important. Please give preference to life-threatening situations."