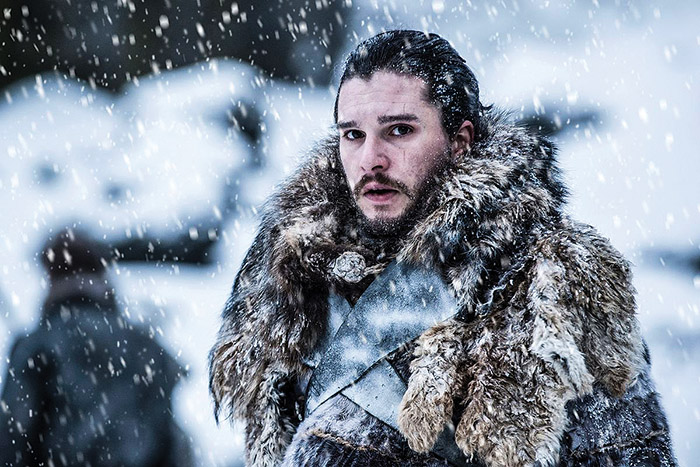 ‘The Great War is here’.
Jon Snow knew that, and now Daenerys Targaryen knows it as well. Both of them have lost those they’ve truly loved to the inexorable scourge of the White Walkers, and to ensure that no one else has to, the King in the North and the Mother of Dragons and Breaker of Chains and rightful Queen of the Andals and the First Men (my, that’s a mouthful), have made a long and arduous trek (about four seconds of screentime) to King’s Landing, to meet with Cersei Lannister, the current Queen of the Andals and the First Men.

That much, at least, can be gleaned from the preview to the finale of Game of Thrones Season 7. All of us have been waiting with giddy excitement – some of us even more so after Episode Six, Beyond the Wall, was leaked earlier than usual last week – and cashing in on this, David Benioff and Daniel Weiss have decided to ramp up the suspense a helluva lot more.

The finale of Game of Thrones Season 7 will see many reunions occur on screen, as the various factions attempt to negotiate with Cersei to put down her arms in the face of a much greater danger. For one, the last time Jon met the Lannisters, it was when Eddard Stark was still Warden of the North, and Robert Baratheon had travelled to Winterfell to ask him to serve as Hand of the King.

Given all of the pain and suffering that the Lannisters have inflicted on House Stark, he is sure to remember them with small kindness. Cersei didn’t even spare him as much as a second glance, while Jaime mocked him for setting aside all that he held dear to join the Night’s Watch. How Jon has grown (in stature and otherwise) since then.

But it’s hard to gauge which party Cersei will harbour more hatred towards: Tyrion Lannister, her beloved brother, was the one she always blamed (nearly everyone loyal to Casterly Rock did), for her mother’s death, as Joanna Lannister died shortly after giving birth to him. Then there’s the (not so) small matter of Tyrion impaling his father with a crossbow bolt, allegedly conspiring to poison her son Joffrey at the Red Wedding, and him shipping off her only daughter Myrcella to Dorne, where she too met the fate of those inadvertently caught up in the Game of Thrones. All in all, it should make for a good reunion.

But while this Stark-Lannister face off is sure to be the main act of the finale, let’s not forget the other characters who’re embroiled in a love-hate (mostly hate) relationship. For starters, there’s Theon Greyjoy, whose uncle Euron crowned himself King of the Iron Islands and kidnapped his sister Yara after pledging his services to Cersei. With Theon now on team Targaryen, there’s sure to be some surreptitious, hateful glances between uncle and nephew.

And then there’s Cleganebowl, the much talked about rematch between Gregor and Sandor Clegane. While Sandor has been trying to make amends for following cruel orders from cruel rulers, just so he could stay alive, to call The Mountain human would be pushing it. Sandor is sure to gawk in horror at just what his brother has become, and expect this to play out in a very interesting manner, across this season and the next.

Tyrion will also be reunited with his former squire, Podrick Payne, who he sent away from the capital after being wrongly implicated in Joffrey’s murder. Podrick has done well for himself under Brienne, and there’s sure to be some banter between the two of them and Bronn. But spare a thought to the goings-on in Winterfell. While snow and ice may be blanketing the North, things are hotting up between the Stark sisters. After being on the receiving end of the pointy bit of a Valyrian steel dagger, Sansa realises that there is a lot more to Arya, than the impetuous tomboy who was forced to watch as their father lost his head for refusing to abandon his principles.

As Petyr Baelish lurks in the shadows, as he watches the dominoes he’s set in motion fall, he wonders whether Arya will take the bait. She’s currently torn between what she saw on that fateful day in King’s Landing, when Sansa did little to stop her father’s execution after she was forced to write that not asking her brother Robb to swear fealty to Joffrey, and what she knows to be true — family always comes first.

All of this makes for a whirlwind, madcap Game of Thrones finale that is sure to have us all reeling in disbelief once the credits roll.
Oh, and Cersei’s pregnant.
— [email protected]