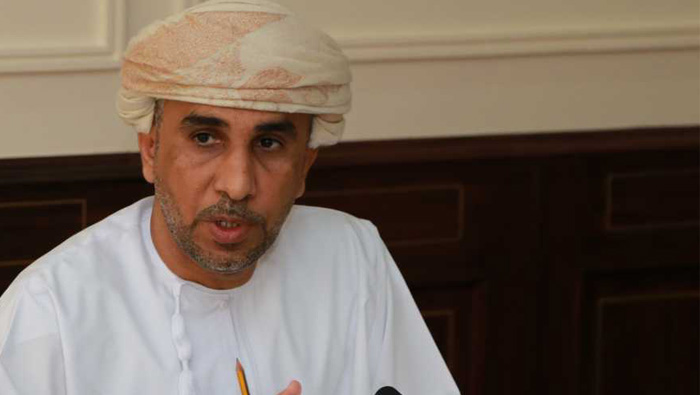 Muscat: Fifth Arab-Indian Partnership Conference, to be hosted by Oman on May 10 and 11, will focus on priority sectors set by both the Arab countries and India such as renewable energy, clean technology, food security, tourism, healthcare, innovation, higher education and skills development.
The 2016 version of the conference targets businessmen, industrial investment companies, companies involved in financing the investment projects, travel and tourism agents.
Oman Chamber of Commerce and Industry (OCCI) will host the event in Muscat under the theme ‘Partnership towards innovation and cooperation in IT’.
About 500 Arab and Indian government officials, academicians, businessmen and investors are expected to take part in the conference, which is organised in collaboration with the Ministry of Foreign Affairs (MoFA), Arab League Secretariat, the Ministry of External Affairs in India, the General Union of Chambers of Commerce and Industry in the Arab Countries (GUCCIAC) and Federation of the Arab Business (FAB).
Addressing journalists on Sunday, Said bin Saleh al Kiyumi, chairman of the OCCI, said that the fifth Arab-Indian Partnership Conference has special importance in enhancing the level of existing partnership between Arab countries and India in various fields.
“India is a major trade and economic partner for the Arab countries in general and Oman in particular. The importance of the conference is more due to the current economic conditions namely the low oil prices and the efforts made by many countries to encourage local and foreign investments and diversify sources of national economy,” Al Kiyumi added.
Eng. Redha bin Juma Al Saleh, deputy chairman of OCCI and general supervisor of the conference, said that the conference aims at maximising bilateral trade and investment between India and the Arab countries. “It also aims at enhancing cooperation and providing an ideal platform for Arab countries and professional organisations to share experiences about issues of mutual interest,” he added.
The opening ceremony will be held under the auspices of His Highness Sayyid Kamil bin Fahd bin Mahmoud Al Said, assistant secretary general at the Office of the Deputy Prime Minister for the Council of Ministers Affairs. Ministers, senior government officials, businessmen and academicians from Arab countries and India are expected to present.
Website launched
Meanwhile, a website for the conference -iapc-oman.com - was also launched on the same day. The website will provide help and support to those who intend to attend the conference from outside Oman. “We will help sort the visas for everyone who wants to attend the conference from abroad free of cost. Besides, there are a lot of information which the participants might want to know, and they can access it all from the website. This also includes accommodation info and other essentials.”
It may be noted that the previous India-Arab partnership conference was held under the theme 'New Horizons in Investment, Trade and Services' on November 26 and 27, 2014 in New Delhi. A number of recommendations were brought out, which included organising the conference annually in alternation between India and the Gulf Cooperation Council (GCC) states, setting up partnerships in all domains and fields, utilising the Indian experience in IT and communication, providing solutions for SMEs and entrepreneurs, intensifying trade delegations visits to both sides, using modern technology in boosting bilateral trade and benefiting from available investment opportunities especially in human resources development field.
The first Arab-India Partnership Conference was held in India on April 18 and 19, 2008.