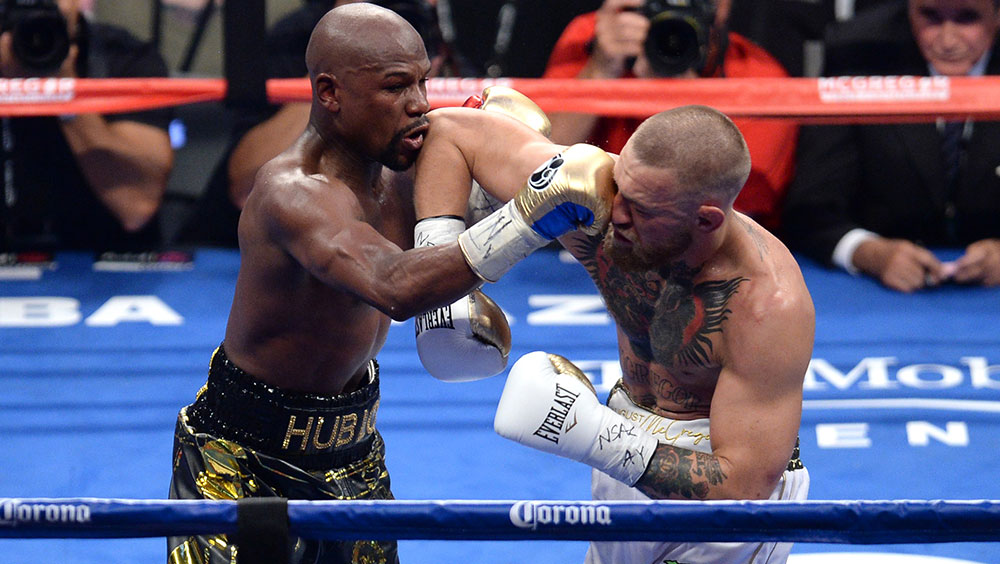 Las Vegas: Floyd Mayweather beat Irishman Conor McGregor by way of technical knockout in the 10th round of their much-hyped megafight on Saturday to keep his perfect record intact.
Mayweather, who came out of retirement at 40 for the fight, improved to 50-0 to surpass heavyweight great Rocky Marciano's 49-0 record for most wins without a loss or draw.
McGregor, a mixed martial arts champion who was making his professional boxing debut, failed to pull off what would have been the greatest upset in combat sports history but made the fight much more compelling than most experts had predicted.