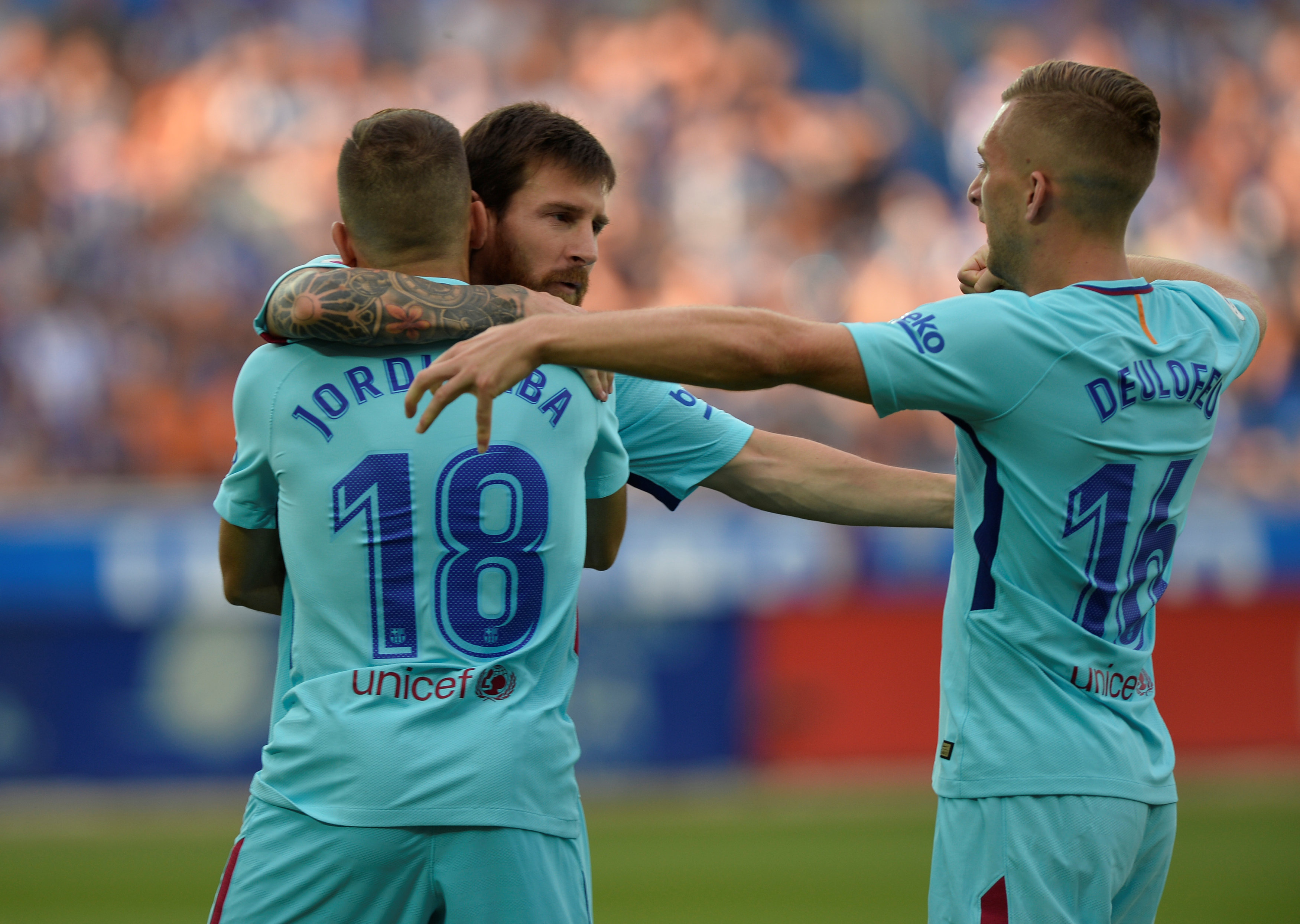 Barcelona: Lionel Messi made amends for a missed first-half penalty by scoring both goals in the second period as Barcelona won 2-0 at Alaves on Saturday to make it two wins out of two at the start to their La Liga campaign.
The Argentine, who hit the woodwork three times but failed to score in last week's 2-0 win over Real Betis, endured further frustration when his spot-kick was parried away by Fernando Pacheco in the 41st minute after Gerard Pique was fouled.
He had better luck after the break, however, breaking the deadlock with a scrappy effort that took a heavy deflection off Alaves defender Alexis Ruano in the 55th minute.
The five-time world player of the year then showed his class with a ruthless shot into the bottom corner after Ruano gifted the ball to substitute Paco Alcacer, who had nodded it into Messi's path.
Messi was denied a hat-trick when his effort from outside the area bounced off the bar.
Zinedine Zidane's son Enzo Fernandez made his Liga debut by coming on for Alaves late in the second half but was unable to help the Basque side get back into the game. Paulinho made his Barca debut when he came on in the 88th minute.
Atletico Madrid visit Las Palmas later on Saturday and champions Real Madrid host Valencia on Sunday.