South Koreans getting prepared in case of North Korea attack, but with little urgency 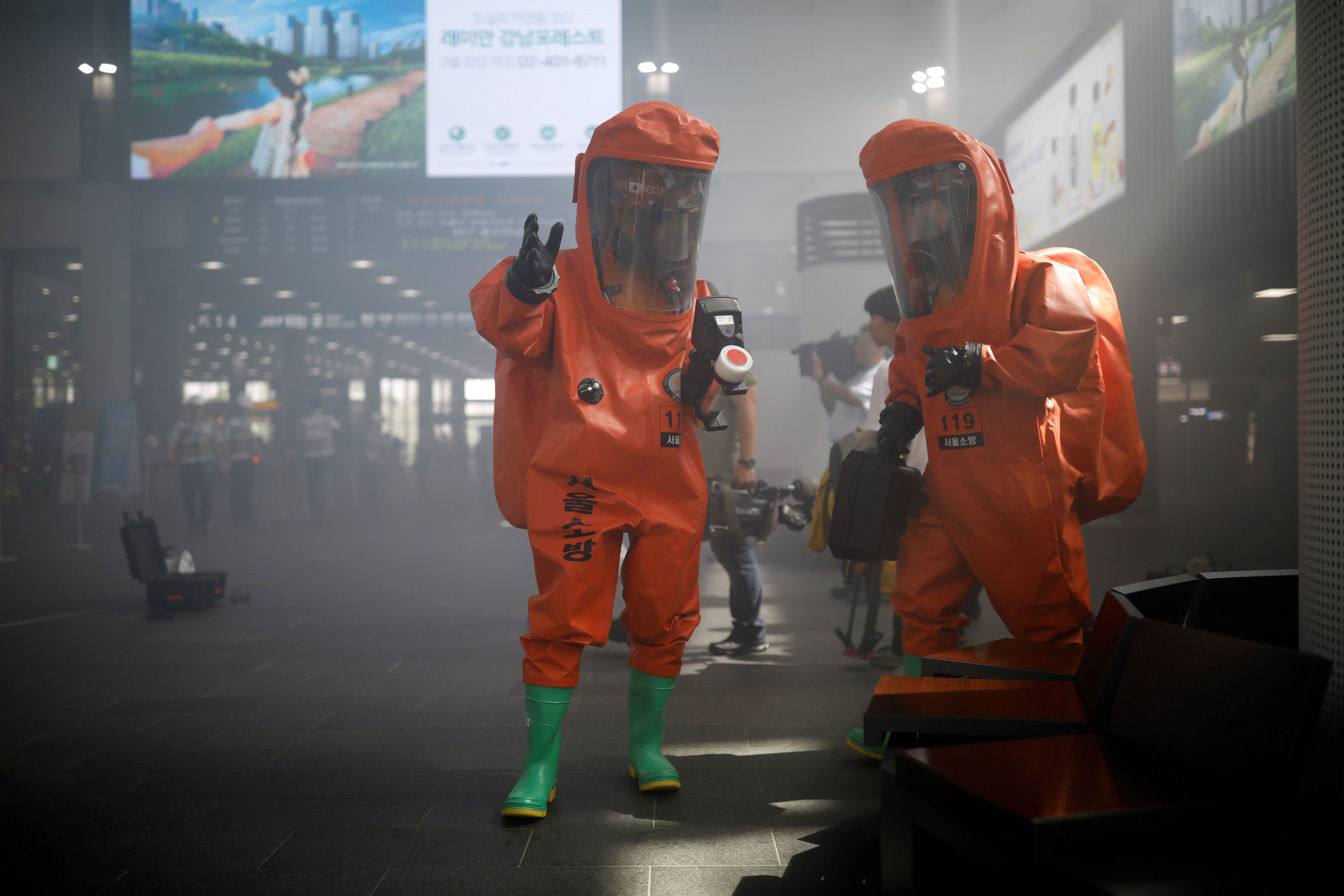 Seoul: Traffic was halted, movie screenings interrupted and hundreds of thousands of people across South Korea were directed to underground shelters on Wednesday as part of a civil defence drill to practice in case of an attack by North Korea. But South Koreans are familiar with such preparations, having seen many over the decades since the height of Cold War tension with a neighbour it is still technically at war with, and many people have become inured to the danger. This time, the government tried to inject some urgency and get more people taking part amid a surge of tension over North Korea's weapons programmes, and an exchange of dire warnings of nuclear war by both it and its sworn enemy, the United States. "We need to practise because we're still at war with North Korea and people are insensitive to threats,” said Hwang Jae-min, a 30-year-old prison guard who happened to be watching a movie at a Seoul cinema complex when a siren heralded the beginning of the drill. Hwang was one of about 50 moviegoers led underground to take shelter from an imaginary North Korean air raid. The siren sounded around the country and government officials and police flagged down traffic and tried to shepherd pedestrians to the nearest shelters. But sceptics doubted such an orchestrated exercise would be much use if and when it came to a real war. "I do strongly believe we need this drill but it doesn't seem to be working properly," said Choi In-sook, a 45-year-old housewife strolling down a city street when the siren went off. She did not run for cover. "It needs to be performed like it's a real war," she said. The drill was part of an annual joint military exercise conducted by South Korean and U.S. forces that began on Monday and will run until August 31, and which North Korea denounced as a reckless step toward nuclear war. North Korea routinely denounces military exercises by U.S. and South Korean forces that it regards as thinly disguised preparations to invade it. South Korea's state run television broadcast scenes from the 20-minute drill live for the first time in two years in the hope of drumming up some enthusiasm. Jung Han-yol, director of the Ministry of Public Affairs and Safety's civil defence division, conceded that the fact that participation was voluntary meant the drill might lack some credibility. Cho Won-cheol, emeritus professor of civil and environmental engineering of Yonsei University in Seoul, said there was always a problem with getting people involved in government preparations for a war few people believe will happen. "The reason why the drill is not working well is the country’s civil defence drill has always been practiced mostly by the government or civil officials, not by the civilians," Cho said. South Korea and is main ally the United States are technically still at war with the North because their 1950-53 conflict ended in a truce, not a peace treaty.