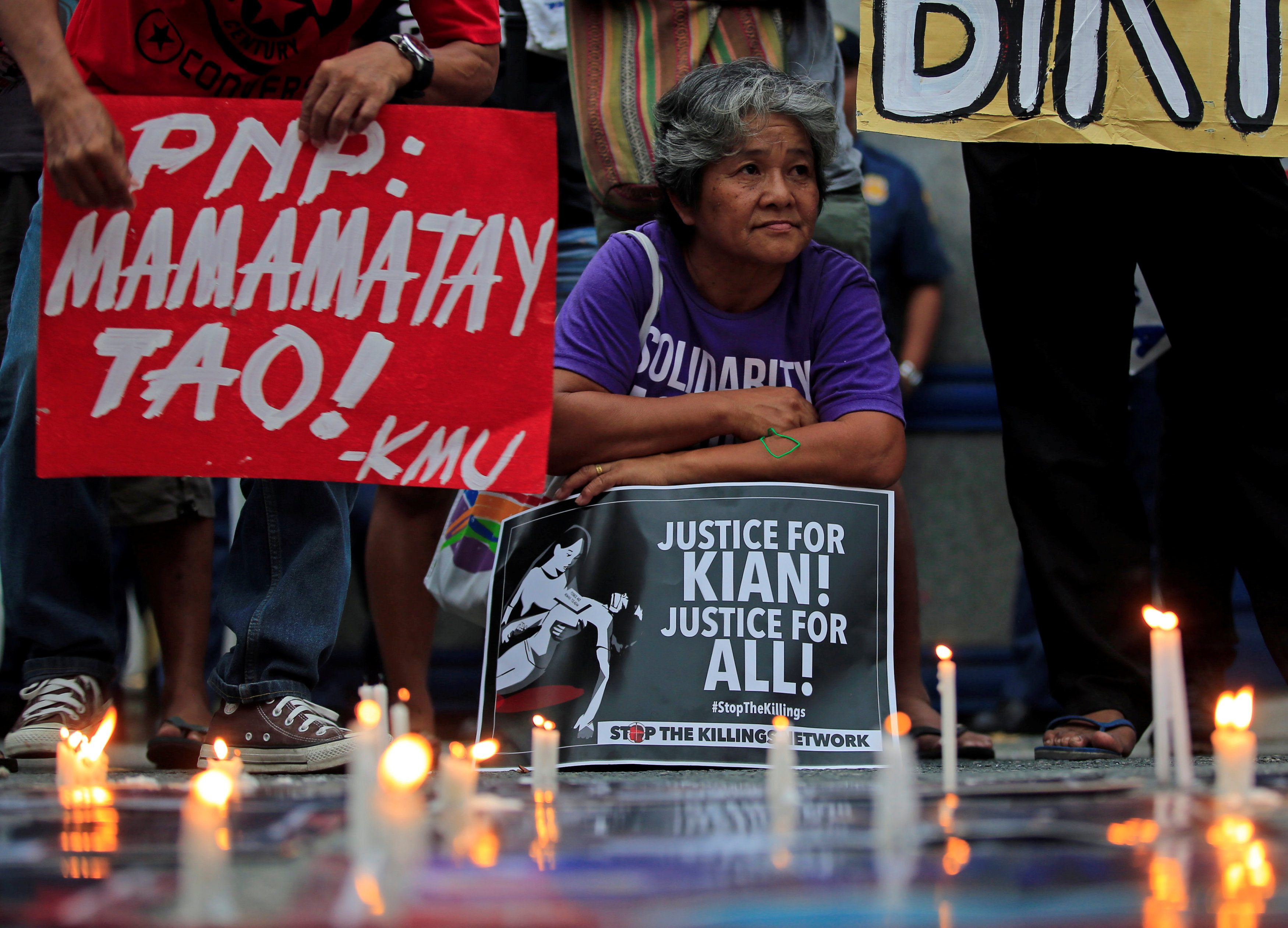 Manila: Philippine President Rodrigo Duterte on Thursday backed police on the front lines of a war on drugs that he said would not cease, but warned officers their duty was to arrest suspects and kill only if their lives were in danger.
The firebrand leader, now facing the most intense scrutiny so far in his controversial but popular crackdown, said he could not justify last week's high-profile killing of a high school student, and police responsible had not followed instructions and would face justice.
Though Duterte stood firmly behind a campaign that has killed thousands of mostly urban poor Filipinos, his remarks were a departure from the bellicose rhetoric that critics say has created a culture of impunity and emboldened police to execute suspects. Police reject that.
"You are not allowed to kill a person that is kneeling down begging for his life. That is murder," Duterte said in a speech.
"When I say you get him, it includes doing the arresting and then if there is a violent resistance, they (police) have to defend themselves."
Kian Loyd Delos Santos, 17, was among more than 90 people killed in three days of intensified police operations last week that marked the bloodiest chapter of a campaign that has alarmed the international community.
Security camera footage showed a man matching the victim's description being dragged by plain-clothes police to an alley where he was found dead. Police said he was a drug courier, but his family insisted he was unarmed, innocent, and murdered.
His death has attracted huge domestic attention, with political opponents demanding the killings stop and some churches opposing the bloodshed and ringing bells at night in protest. Demonstrations have taken place, the latest a small rally outside police headquarters on Wednesday.
Duterte has repeatedly vowed to pardon police convicted of abuses during his anti-drug campaign, but on Wednesday he said there would be no protection for those who broke the rules of engagement.
"Let us be clear on this. I said I will protect those who are doing their duty. I never promised to protect those who are supposedly engaged in doing their duty but committing a crime in the process," he said, adding that abuses "cannot be done".
Condemnation of Duterte's 14-month-old war on drugs has come mainly from human rights groups, political opponents and foreign critics, with Filipinos largely supportive of the campaign, echoing the government view that the suppression of drugs use is making the streets safer.
Critics say that Duterte is turning a blind eye to systematic abuses and cover-ups with an unquestioning acceptance of an official police line that typically says those killed were drug dealers who had violently resisted arrest.
"I will not change my policy, there will be war on against drugs because I have to protect the people," he said. "I have that sworn duty to defend the people and protect the republic."