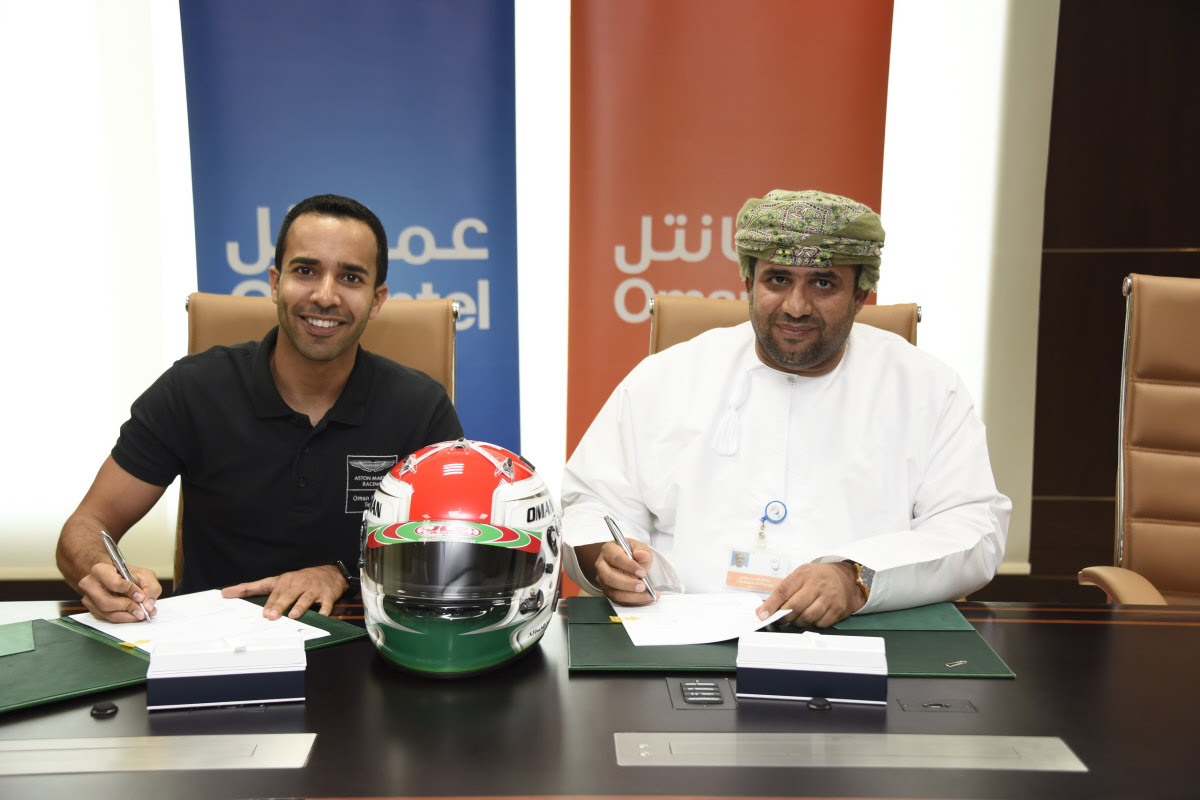 Muscat: Omani racing champion Ahmad Al Harthy has today started the countdown to his eagerly awaited 2016 motor racing season by announcing a brand new commercial partnership with the Sultanate’s most valuable brand “Omantel”.
Ahead of his ‘official’ season launch a week from now, where the 34-year-old will outline his full motorsport programme during a specially arranged press conference in the Sultanate’s capital, he is delighted to welcome Omantel as a key supporter to the Oman Racing Team.
Today’s announcement is especially important as it reveals the first of two brand new personal partners for the Aston Martin Middle East and North Africa Ambassador this year.
“It is such an honour to be partnering with Omantel, I am absolutely delighted to welcome them to the Oman Racing Team”, said Ahmad, “We have been working incredibly hard behind the scenes, as we always do, during the off-season to establish the best possible package for our 2016 campaign.
“The support of Omantel is a fantastic development for me personally, it’s the Sultanate’s most valuable brand and the leading national telecommunications company who played a key part of the growth of our country for almost five decades now. I am very happy indeed to be associated with such a prestigious company.”
Omantel has been a key player in the Sultanate’s economic development in the past four decades, offering the full spectrum of telecom products and services to personal and business customers and Government organisations. Moreover, Omantel is considered among the top three regional wholesale operators which contributed to making Oman one of the most connected nations in the MENA region.
Placing full focus on providing the ultimate in quality and professionalism, the company strives to fulfil the communications needs of the widest population in Oman. Through this partnership, Omantel is extending its brand reach internationally further than ever before by partnering with Ahmad’s motor racing programme.
On behalf of Omantel, Hamdan Moosa Al Harasi, Acting Vice President Corporate Strategy, commented: “We are pleased to welcome back our national champion Ahmad Al Harthy to the Omantel family. Omantel and Ahmad have both passion for leading performance, excellence, and we believe that this new partnership will bear fruits for both parties.
“This sponsorship is an extension to Omantel efforts to support Omani talents in various fields and affirms the Company’s leadership in supporting youth and sports in the Sultanate."