Working in Oman? Your salaries will soon be government protected 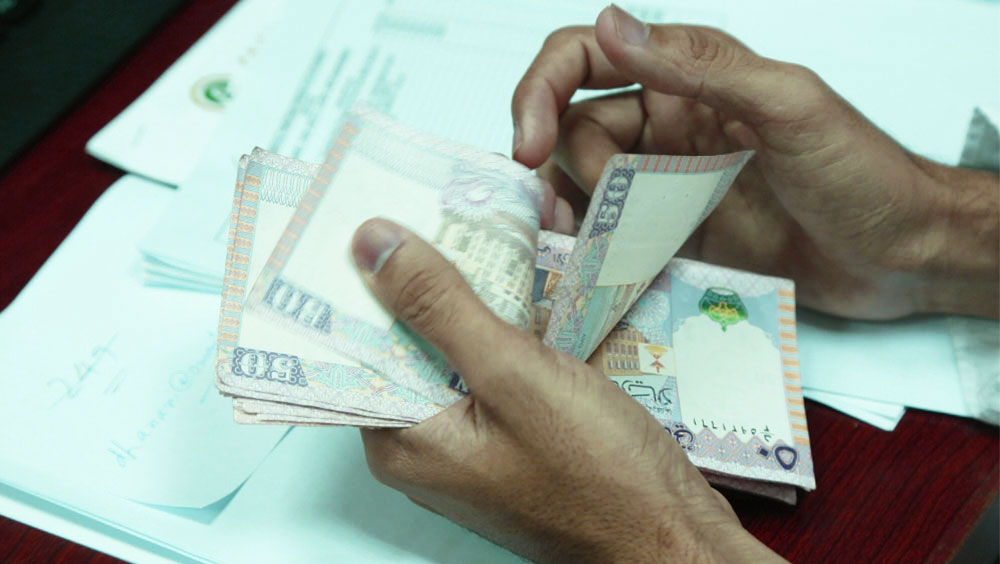 Muscat: A new Wage Protection Programme has been officially announced by the Ministry of Manpower.
According to the statement released by the ministry, the new electronic programme will monitor bank accounts to ensure private sector workers are paid on time.
“It is a new electronic programme, in cooperation with the Ministry of Manpower and the Central Bank of Oman (CBO), to monitor the disbursement of payments from organisations in the private sector and to make sure that they are following the standards in transferring wages to their workers’ bank accounts, in accordance with the date and amount written in the contract,” the Ministry said.
“So that the ministry is able to continuously monitor the disbursement of wages and any delays. The Ministry can take proactive measures to ensure that the worker receives a wage, and to limit any conflicts or strikes because of delayed payment of wages,” the ministry added.
Recently, the Ministry held a workshop for the programme, where it was decided that a trial scheme would be launched on National Day.
“We are in the trial phase for the Wage Protection Programme between the ministry and central bank, which is a standard format for all private sector companies regarding how to prepare a format for wages,” Ruqaiya Al Azri, the head of the Wage Protection Department, said.
Eventually, every bank in Oman will be part of the scheme, she said.
“The programme will officially start on November 18 and will have all the information and directions on the ministry’s website in English and Arabic. When companies go to pay wages, we will give them the new format. Everything will happen after the inauguration,” Al Azri added.
The Wage Protection Programme, aimed at all of the private sector, focuses on creating an accurate database concerning working wages in the sector.
“The Wage Protection Programme is designed to monitor the processes for the payment of wages by following the bank transactions of the employees,” the ministry said in a statement.
“Before, the employee had to inform the ministry about the companies not paying. The programme will no longer require employees to report not being paid on time or paid in general due to the branching between the CBO,” Al Azri said.
“It will show which companies haven’t paid or are late based on dates and the details will be very clear in their files,” Al Azri said.
“It could be that a person is absent without approval and the company discounted him/her. We compare the salary that the employee receives with our data based on the contract. If we have a difference, there should be a column where notes are written where the company states why the salary has been deducted so that it’s justified.”
“The penalties are based on Article 116 for those who don’t comply with the rules regarding wages, which is OMR100 per employee. These rules apply to methods of payment and non-payment. All the banks in the Sultanate will be united under this programme,” Al Azri added.
Alkesh Joshi, partner at EY, stated that this is the first time Oman has tried to use such a system and is optimistic.
“The wage protection system has been discussed in the Middle East, although this is the first time Oman is trying to adopt it. Saudi Arabia instituted it last year and has been closely following it with a series of regulations so I am sure it will do well in Oman as well,” Joshi said.
“It’s good for workers in the Sultanate, because earlier, if they weren’t being paid on time, there was no standardised system to see that they were, but now with this coming in, companies will be held accountable for paying their staff.”
“In addition, from a taxation perspective, it’s good for the government when they are looking at why the accounts that have been released by companies are what they say they are. They can look at the exact details of costs and expenses, and that is a very good thing,” he added.