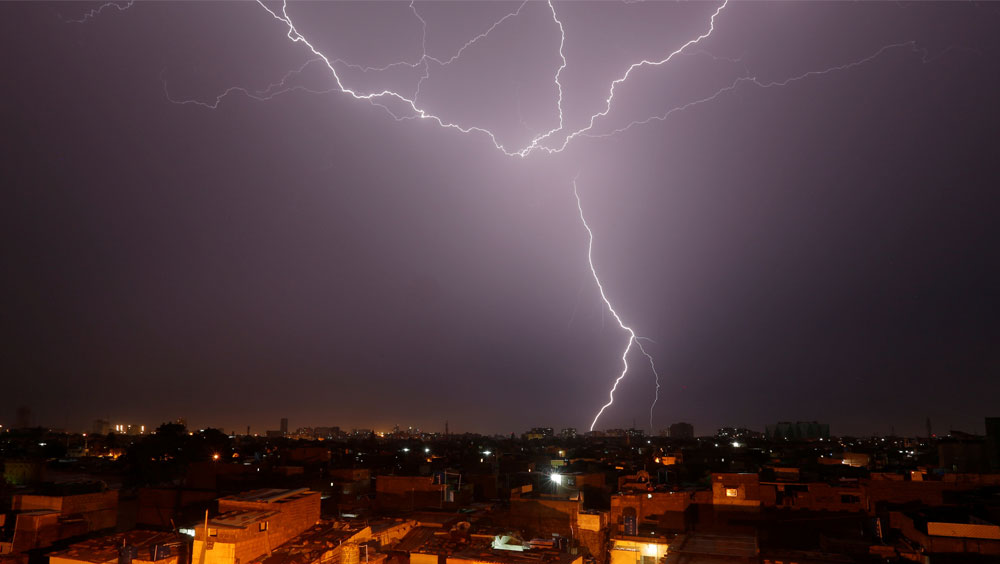 Karachi: At least 24 people were killed in heavy monsoon rains that wreaked havoc in Pakistan's southern port city of Karachi in the last two days, officials said.
The rain started on Monday and continued after intervals.
The heavy downpour on Tuesday has since continued in the metropolis of over 20 million people.
According to an official of Sindh government the death occurred due to electrocution, drowning and collapsing of buildings.
"We have reports that 24 people were killed in two days," he said.
The streets were flooded and rainwater entered houses in many low-lying areas.
Several areas were plunged into darkness after electricity failure triggered by rains.
Media reports showed that some areas were without electricity since Monday and people were facing water shortage as pumping stations were not operational due to absence of power supply.
According to an official of K-Electric, which provided power to Karachi, the grid station in the upscale Defence Housing Authority area dominated retired army officers had also malfunctioned.
Pakistan Metrological Department has warned of more rains in the city and rest of Pakistan in coming days.