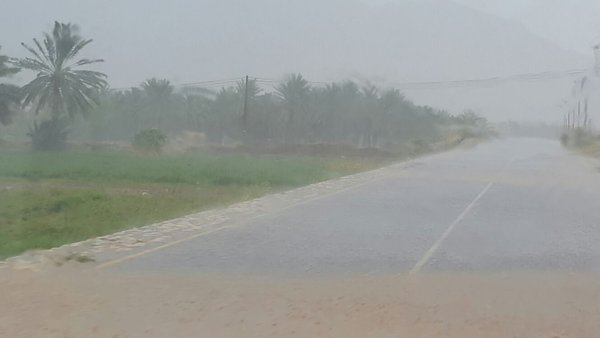 Read also: PACA issues alert as rain expected in many parts of Sultanate
Muscat: Rain has started to fall in Bahla, Yanqul, Sharqiyah, Ibri, Ibra, Mudhaibi and Buriami areas a few minutes ago, a weather enthusiast said quoting residents.
“It has started to rain and many parts are remaining cloudy. Heavy rain is likely to fall soon,” said Bader Ali Al Baddaei, an administrator of www.rthmc.net, a local Web-based forum that discusses weather in Oman.
According to a top official from the Public Authority for Civil Aviation (PACA), heavy rain is expected in the northern parts of Oman from Sunday until Thursday.
“Northern Oman will witness heavy rain leading to flooding from March 6 until March 11. Many reasons have been given for the rain. However, we are analysing the situation and come out with a statement for the public soon,” the official from the PACA told the Times of Oman (TOO).
AccuWeather.com’s meteorologist Adam Douty had also said there is a chance of heavy rain this week across eastern Oman, the UAE and in some areas of Iran.
“Several disturbances moving across Saudi Arabia and into Iran will help bring moisture into the region. We will likely see scattered thunderstorms on Sunday and Monday, but these should only pose a minor flooding threat with the greatest concern being for the mountains in the west of Muscat,” Douty told TOO.
He added that thunderstorms are expected to intensify on Tuesday and Wednesday and become more frequent and leading to a more significant flooding threat across eastern Oman.