Oman dining: For the love of cheese 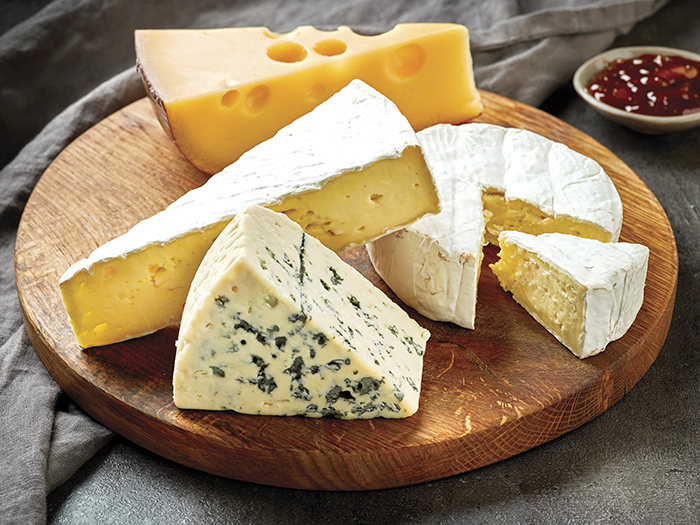 Most of us salivate at the thought of melting, aromatic stringy cheese but using the right cheese to make your dish great is a complex art that requires extensive knowledge and skill. Not all cheese has the “cheesy goodness” label. Some mesmerise you while cooking, others are more of an acquired taste. Being acquainted with their names, how they look, and how they are best enjoyed are the initial steps towards building a lifelong bond with cheese.
Let’s begin with the world’s favourite cheese and that is:

MOZZARELLA: Pizza lovers adore this cheese, which hails from Italy. It is generally made from buffalo’s milk and its USP is that it requires no ageing and can be consumed fresh.
Use: Pizzas, pasta, bakes, stuffing.

FETA: This cheese, which matures after a period of two months, is made from goat’s milk and is usually crumbly in texture. Greece is where this cheese originates from and is accepted as unadulterated only if it has been produced in Thessaly, Macedonia, Lesvos, Thrace, the Peloponnese, and Central Mainland Greece. If it’s made somewhere else, it is called ‘white cheese’.
Use: Salads, pizza topping, as stuffing in wraps or sandwiches.

CHEDDAR: England’s pride, the Cheddar has a luscious, melt-in -the-mouth texture and is relished all across the globe. This is one of those cheeses that have no patents, and hence any cheese maker can name his product ‘Cheddar’. Depending on the temperature and climatic conditions of an area, the cheese may take about 24 months to cure. The colour of the cheese may range from white to yellow to a dark orange.
Use: Mac and cheese, bakes, stuffing, a companion to crackers, topping.

GOUDA: The Gouda is one of the most exotic cheeses in the world, which was first manufactured in the Netherlands. It is smooth and creamy in texture, and is made from pasteurised cow’s milk. It’s very popular as nearly 50 per cent of the world’s population indulges in Gouda.
Use: Eaten with crackers, bakes, sandwich stuffing.

MASCARPONE: The Mascarpone looks more like thick cream, which is the base ingredient for its preparation. This Italian creation is acidic because of the lime added to it, and is high in fat owing to its use of full fat cream. It has a short shelf-life and needs to be consumed within days of its preparation.
Use: Eton mess, cheesecakes, scones.

EMMENTAL: This is a Swiss delicacy, which is tough to prepare, but quite easy to recognise, because of its numerous holes, formed after its fermentation. The holes are formed by gas bubbles released by bacteria that are used in the making of cheese. It is one of the two main cheeses along with Gruyère in the traditional fondue recipe. The Emmental, which is hard in texture, tastes rich and fruity and is delicious.
Use: In fondues, quiches, bakes, gratins, soups.

MONTEREY JACK: Produced in California, the Monterey Jack is a mild cheese produced from cow’s milk. They don’t take much long to age, and was initially made by monks living in Monterey. It tastes very similar to cheddar.
Use: In queso sauce, dips, quesadillas.

GRUYÈRE: It is a type of Swiss cheese made from whole cow’s milk which is cured for six months or longer. It is firm with a pale yellow colour and is rich, creamy with a nutty taste. Its name originates from a town in Switzerland where it was made - Gruyères.
Use: In fondues.

PARMESAN: Also know as Parmigiano Reggiano is a hard cheese made from cow’s milk. The original parmesan cheese is one of the most expensive cheeses in the world. It is a vital part of Italian national cuisine and is mostly consumed grated. The texture of this cheese is not only hard but dry and sharp as well.
Use: In spaghetti and other pasta dishes.

BRIE: It is a soft, creamy off white or yellow cheese hailing from France with an edible rind. It is made from cow’s milk and is usually sold in small rounds. Brie is considered to be the world’s greatest cheese as it is very simple yet versatile.
Use: Served at room temperature with crackers or baguette and added to sandwiches and salads.
—[email protected]