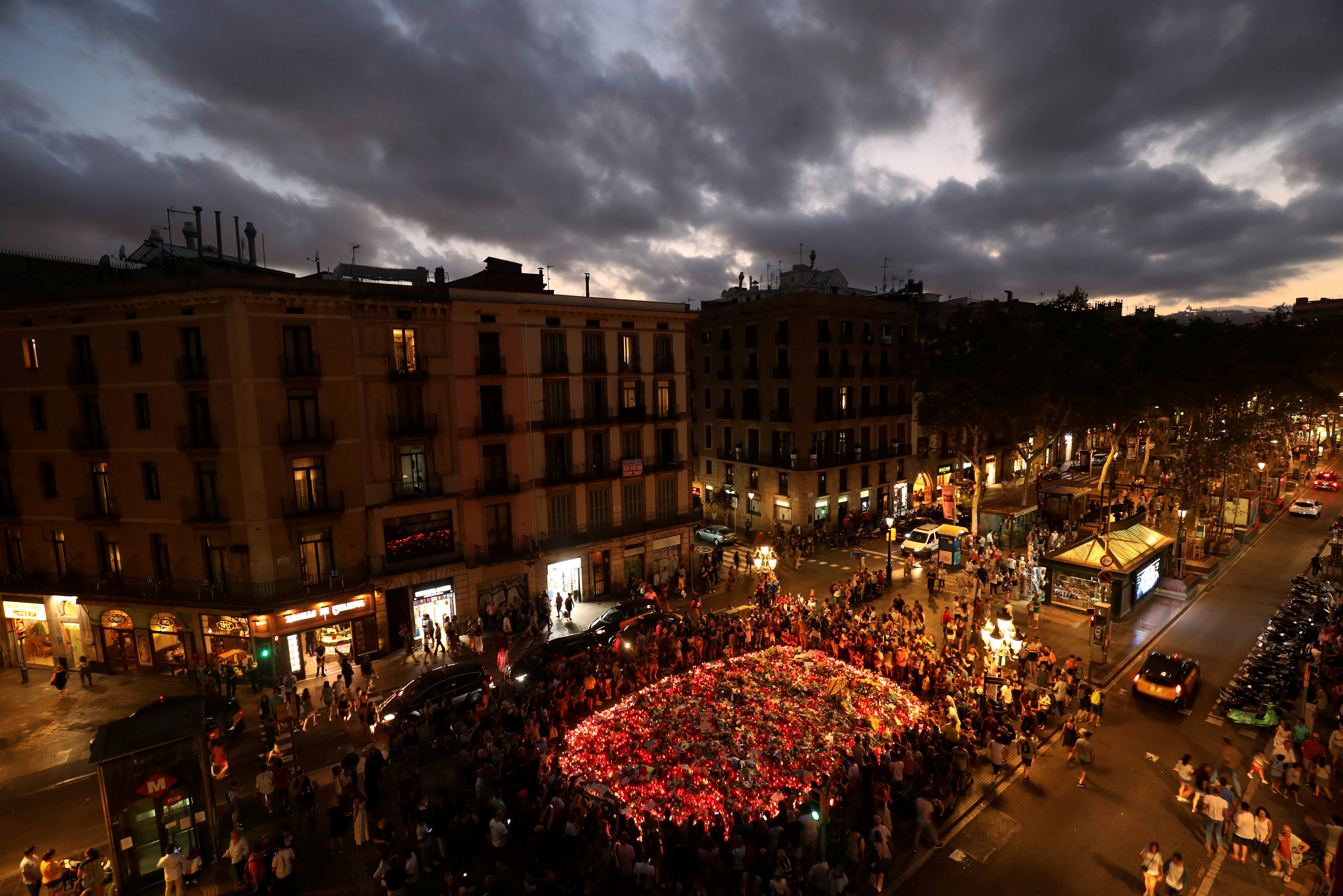 Europe has experienced around a dozen cases of drivers using a car or truck to plough into pedestrians like last week's attack in Barcelona, but cities have not rushed to mitigate the risks by changing their layout.
Concerns about cost, a fear that evolving security threats will make redesigned streetscapes obsolete and a reluctance to disrupt everyday life are among reasons cited by security experts, executives and municipal officials.
"We don’t want to be Hebron,” said Els Ampe, Deputy Mayor of Brussels, referring to the city in the West Bank where Palestinians and Israeli settlers are often separated by concrete and steel barriers. Brussels has 45 hectares of pedestrian zones, including many narrow winding streets, she said, and installing barriers to vehicles on many of these streets would restrict access for people who live, maintain facilities and conduct business there.
"You cannot block every street. You have to live and shops need to have deliveries. We have to have a compromise between security and still living in the city,” she added.
Cross-continent data on cities' investment in physical security measures on their streets is not available, but two companies specialising in selling security equipment said an expected sharp growth in their market had yet to happen.
Damasec, a Danish company and Avon Barrier Corporation Ltd., from Britain, both make reinforced benches, planers and other street furniture as well as the more traditional bollards and barriers, said sales had increased, but not as much as expected.
"It’s growing but it’s growing slowly,” said Damasec Chief Executive Henrik Faerch. Avon Barrier's Managing Director Paul Jeffrey said sales were robust in Britain but Europe was "a bit of an enigma". "Nothing much seems to be happening,” he said.
Barcelona said ensuring total security was impractical after some residents said officials should have done more to prevent vehicle access to Las Ramblas, a long, wide pedestrian area with roadways on each side where 13 people died in Thursday's attack.
"We can't fill up Barcelona with bollards," Joaquim Forn, who runs home affairs in the Catalonia region, told Spanish radio last week. Some affected cities have spent heavily, however. Nice has installed new barriers, changed traffic layouts and taken other measures since a man drove a truck into a Bastille Day celebration on its seafront promenade, killing 86 people.
The southern French city's wealth is an important factor. "Nice has invested massively. Most cities can’t afford to invest that massively into reorganising traffic and public spaces, so they are doing it within their means,” said Elizabeth Johnston, Executive Director of the European Forum for Urban Security, a network for local and regional authorities.
The sheer scale of the challenge of making a city safe was financially daunting for municipalities, she said. "It’s not just one avenue or one corner of a street. Everyone is conscious that if you harden one target, the attack might take place in another target. The budgetary issue is huge. These are unplanned expenses."
London is one place where extensive investment in security failed to prevent an attack. Westminster council helped to develop its own variant of bollard and installed them across the wealthy central borough, home to Downing Street and the Houses of Parliament. But it did not put them on Westminster bridge, where an attacker drove a vehicle into pedestrians in March, before getting out and stabbing others, killing five people.
Damasec’s Faerch said the UK is more willing to make compromises between freedom, aesthetics and security because of its long history dealing with militant attacks, mainly Irish separatist groups like the Irish Republican Army.
Professor Pete Fussey, a criminologist at University of Essex said London’s preparations for the 2012 Olympics also prompted increased focus on the risks of vehicle attacks. Fussey said it took time for authorities to change their thinking on security risks.
European cities would begin to give more attention to hostile vehicle risks in street design, although money will be a factor in deciding when, he said. "It’s mainly municipal agencies (that undertake this work) and their funding cycles take a lot of time,” he said, adding that disputes over who should pay - central government or cities - may delay new measures.

Brussels’ Ampe said additional security resources would be better employed on intelligence work to identify potential attackers before they strike. Aesthetics are another important factor. Reinforced benches, lamposts and bins have to be chunky to meet the security industry’s benchmark for ‘Hostile Vehicle Mitigation’ - able to stop a 7.5 tonne truck travelling at 50 miles per hour.
The ‘Westminster bollard’ is a ribbed one-metre tall manganese steel pillar, with a tapering rectangular shape. Even painted black it is highly visible and takes up pavement space. Some government papers have suggested trees can be used as attractive features to stop attacks like Barcelona, the December 2014 attack on pedestrians in Dijon, France or the one at the Berlin Christmas market in December which killed 12 people.
But Professor Jon Coaffee of the Resilient Cities Lab at Britain's University of Warwick said he had never seen trees work in practice. "This is an issue of expense, maintenance, invasive root systems or in one case that the outline of the trees would spoil the look of the building,” he said.
More often, security measures may require removing aesthetic features, including trees. In Birmingham, Central England, some councilors and residents opposed a redesign of a city square that required ripping out a 140 year old tree to make way for a reinforced water feature designed to stop a vehicle attack. A spokesman said that plan was going ahead.
Jeffrey said plant pots, bins and seating can be made to look "pretty” but admitted "they are what they are. There’s not a massive range.”
Authorities did not have to take an all-or-nothing approach, he said. Positioning existing benches, bins, lamp posts and other street furniture to ensure a driver does not have a long clear run at pedestrians could limit any casualty count. - Reuters