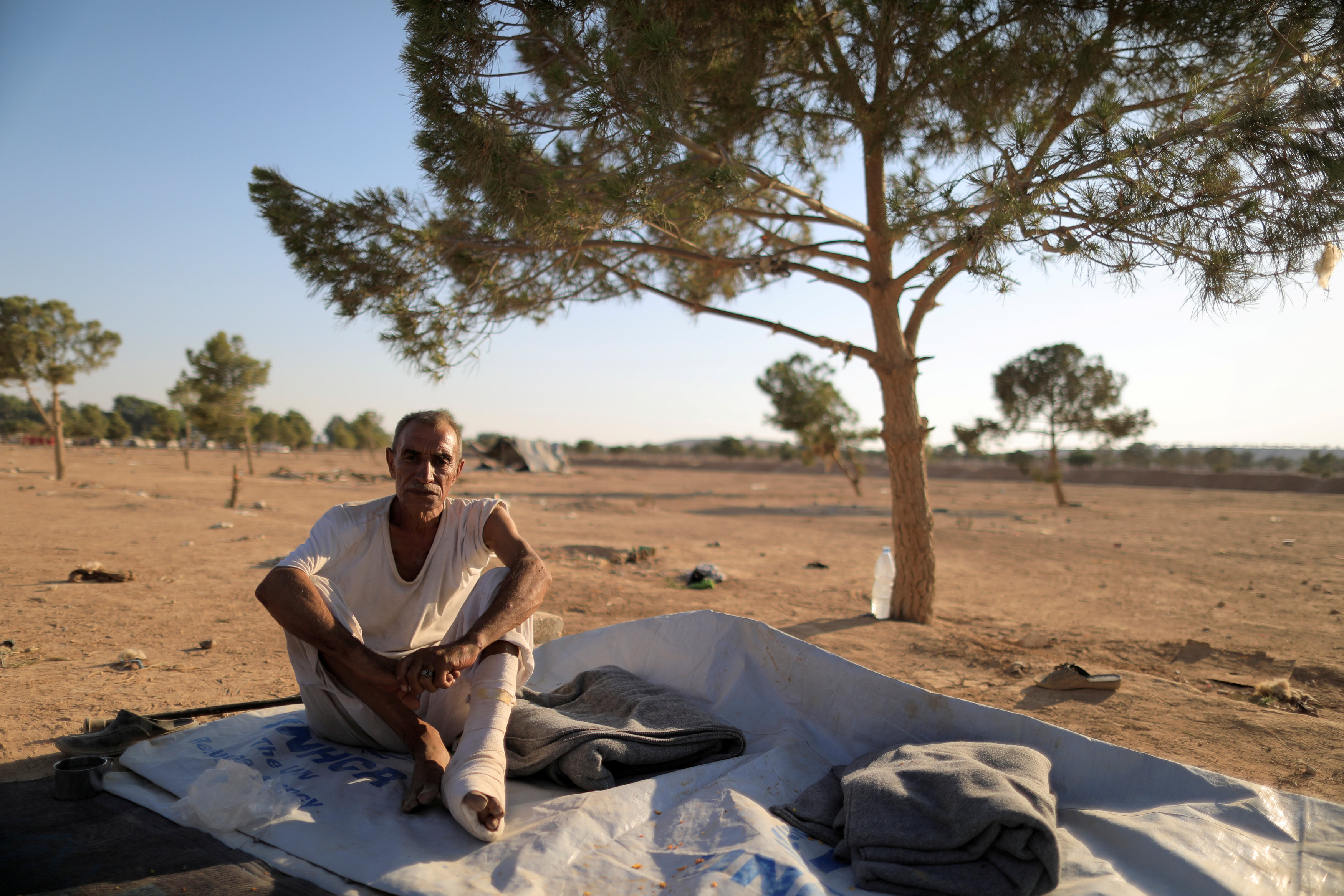 Raqqa (Syria): As Shawakh Al Omar huddled with 16 relatives in a single room in house in IS's Syrian stronghold Raqqa, a mortar round slammed into the home next door, killing four people and shaking the building.
The 57-year-old decided they should make a run for it.
"We didn't even have time to bury the neighbours' bodies, we just left," he said, sitting with daughters and grandchildren on dusty ground at a displaced people's camp near the town of Tabqa, nearly 50 km (30 miles) west, a day later.
Omar said the family was joined by almost the entire neighbourhood, who decided to flee at the same time during the night as fighting between the militants and U.S.-backed forces intensified.
"When we got to the main road, bullets from IS militants started flying by -- they were trying to stop us leaving. The Syrian Democratic Forces started firing back, so we managed to run to SDF territory," he said.
The family is one of hundreds who have made daring escapes from IS militants inside Raqqa as the U.S.-backed SDF closes in on the group in the city centre.
Thousands of people have had to move many times even after fleeing to Raqqa's outskirts as the militants counter-attack and raid nearby, and the U.S.-led coalition's bombardments continue.
Many try to camp out near Raqqa before heading reluctantly for camps where the Red Cross describes "inhumane living conditions", including lack of clean water and insufficient medical services. The United Nations says at least 200,000 people have fled Raqqa in recent months, and that up to 20,000 civilians remain trapped inside.
Another family, squatting in a home in the city's western outskirts, described their escape by boat across the Euphrates River that runs south of the city several weeks ago, after the final assault in a months-old offensive to seize Raqqa from IS began.
"The whole neighbourhood decided to flee together, I'm talking hundreds of people," Abdul Hassan Ibrahim said in Sbahiya neighbourhood.
"Many got into boats or swam across the river -- we were 10 in a small boat, and had to cling onto the sides and duck underwater to avoid the bullets" being fired by militants, he said.
His 10-year-old son imitated the whizzing sound the rounds had made as they shot over the boat.
Both families were relieved, but their ordeal is not over. Omar, who lives in a tent on the edge of their camp, still has to make a final journey to a relative's home outside Tabqa.
Ibrahim, as he spoke, was asked by SDF fighters to leave their temporary home -- the third time they had moved since fleeing -- because of ongoing fighting nearby.
"Where shall we go? I'm running out of ideas," Ibrahim said, scratching his head as an air strike sent debris flying into the air a short distance away in central Raqqa.
IS fighters have launched attacks even away from frontlines and left many homes booby-trapped, said SDF fighters in Sbahiya, the area where Ibrahim's family was sheltering.
"It's still dangerous here -- there are snipers and houses are rigged with explosives," SDF intelligence official Abdullah Matar said. "We advise families to move on as soon as possible."
Matar said IS drones had dropped explosives in the area in recent days, a tactic often used against U.S.-backed forces.
"Some local fighters will try to leave among the civilian population. They've often hidden weapons in buildings on the edges of the city, which they come back for."
Militants raided a checkpoint several nights before in nearby Qahtaniya village, he said.
Air strikes have killed many civilians, war monitors and residents say, but people who have escaped say there are far fewer than the U.N. estimate of 20,000 people left.
Those who fled expect to remain homeless as the fight continues, destroying homes and making Syrians desperate.
"My own aunt asked for rent for us to stay with her," Ibrahim said. "We've no mercy anymore."