You can't see it in Oman, but here's how to watch tonight's solar eclipse 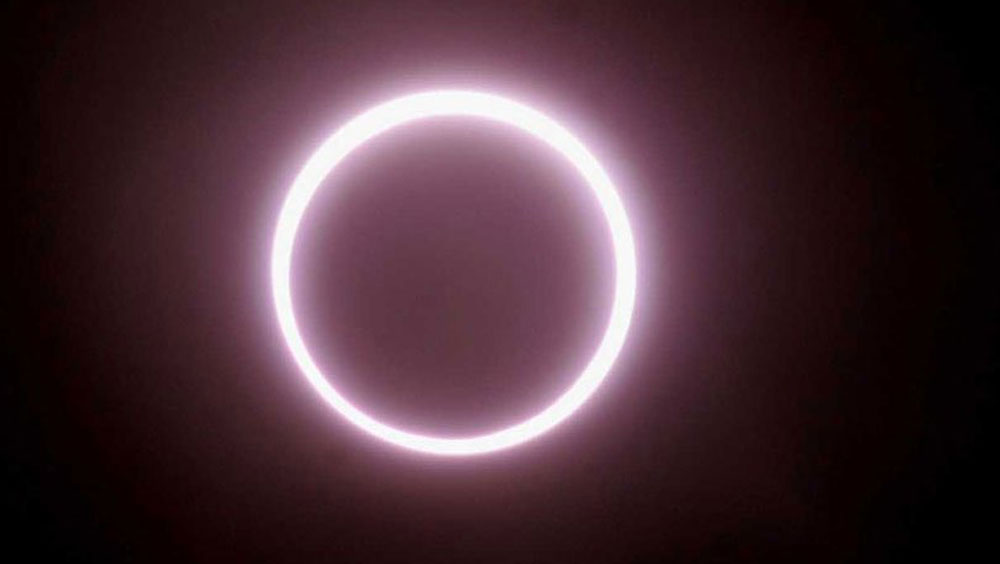 Muscat: Though today's total solar eclipse will not be visible to Omani residents, here's your guide to where and what time you can live-stream tonight's astronomical event online.
Today's solar eclipse, which will be witnessed on the other side of the globe in North America, will be available for worldwide audiences online.
The total solar eclipse is North America's first since 1979.
Over the course of 100 minutes, 14 states across the United States will experience more than two minutes of darkness in the middle of the day. Parts of South America, Africa, and Europe may also witness a partial solar eclipse.
However, for Oman audiences who are missing out on the astronomical event, many live online streams will be available for audiences tonight.
According to NASA, the eclipse will begin at 8:05 pm Oman time as a partial eclipse, and will become a total eclipse by 9:16 pm Oman time.
Over the next hour and a half, the eclipse will cross through Oregon, Idaho, Wyoming, Montana, Nebraska, Iowa, Kansas, Missouri, Illinois, Kentucky, Tennessee, Georgia, and North and South Carolina.
The total eclipse will end near Charleston, South Carolina at 10:48 pm Oman time.
NASA TV, the space agency’s television service, will broadcast live footage compiled from terrestrial video feeds, “eclipse jets,” spacecrafts, high-altitude balloons, specially modified telescopes, and from aboard the International Space Station (ISS). NASA's dedicated live webpage can be accessed on: https://www.nasa.gov/eclipselive.
Stream the eclipse on your favorite platform, including:
YouTube: https://www.youtube.com/watch?v=wwMDvPCGeE0
Periscope: https://www.pscp.tv/NASA
Twitch: https://www.twitch.tv/nasa
Facebook Live: https://www.facebook.com/NASA/
Twitter and the Weather Channel will also live-stream the event, on: https://twitter.com/weatherchannel.
Twitter and Weather Channel coverage will include live shots from 10 locations in the eclipse’s “path of totality,” including Nashville, Casper, Wyoming; McMinnville, Oregon; and Hopkinsville, Kentucky, which is the point where totality is expected to stretch out the longest.