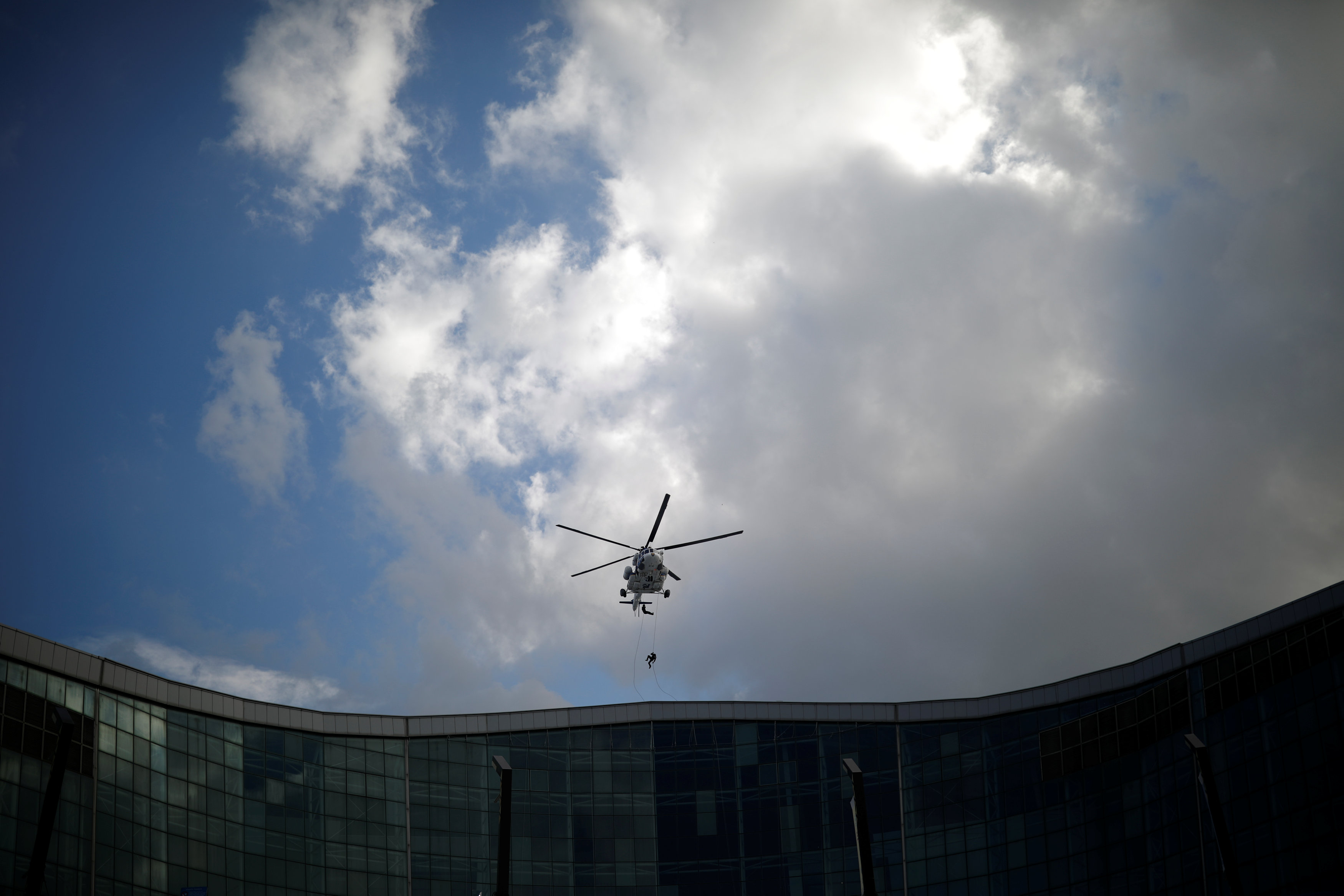 Seoul: South Korean and U.S. forces began computer-simulated military exercises on Monday amid tension over North Korea's weapons programmes, while a report it has earned millions of dollars in exports is likely to raise doubt about the impact of sanctions.
South Korean President Moon Jae-in said the joint drills, called Ulchi Freedom Guardian, were purely defensive and did not aim to increase tension on the peninsula.
"There is no intent at all to heighten military tension on the Korean peninsula as these drills are held annually and are of a defensive nature," Moon told cabinet ministers.
"North Korea should not exaggerate our efforts to keep peace nor should they engage in provocations that would worsen the situation, using (the exercise) as an excuse," he said.
The joint U.S.-South Korean drills last until August 31 and involve computer simulations designed to prepare for war with a nuclear-capable North Korea.
The United States also describes them as "defensive in nature", a term North Korean state media has dismissed as a "deceptive mask".
"It's to prepare if something big were to occur and we needed to protect ROK," said Michelle Thomas, a U.S. military spokeswoman, referring to South Korea by its official name, the Republic of Korea.
North Korea views such exercises as preparations for invasion and has fired missiles and taken other actions to show its anger over military drills in the past.
North and South Korea are technically still at war after the 1950-53 Korean War ended with a truce, not a peace treaty.
North Korea's rapid progress in developing nuclear weapons and missiles capable of reaching the U.S. mainland has fuelled a surge in regional tension and U.N.-led sanctions appear to have failed to bite deeply enough to change its behaviour.
China, North Korea's main ally and trading partner, has urged the United States and South Korea to scrap the exercises. Russia has also asked for the drills to stop but the United States has not backed down.
Speaking in Beijing, Chinese Foreign Ministry spokeswoman Hua Chunying said North and South Korea and the United States all needed to make more effort to ease tension.
"We think that South Korea and the United States holding joint drills is not beneficial to easing current tensions or efforts by all sides to promote talks," she told a daily news briefing.
Japan's Kyodo news agency reported that a confidential U.N. report found North Korea evaded U.N. sanctions by "deliberately using indirect channels" and had generated $270 million in banned exports since February.
The "lax enforcement" of existing sanctions and Pyongyang’s "evolving evasion techniques" were undermining the U.N. goal of getting North Korea to abandon its nuclear and ballistic missile programmes, Kyodo quoted the report as saying.
The U.N. Security Council unanimously imposed new sanctions on North Korea on Aug. 5 that could slash its $3 billion annual export revenue by a third. The latest sanctions were imposed after North Korea tested two intercontinental ballistic missiles in July.
U.S. President Donald Trump warned North Korea this month it would face "fire and fury" if it threatens the United States.
The North responded by threatening to fire missiles towards the U.S. Pacific island territory of Guam, but later said it was holding off while it waited to see what the United States would do next.
There will be no field training during the current exercise, according to U.S. Forces Korea.
The United States has about 28,000 troops in South Korea. About 17,500 U.S. service members are participating in the exercise this month, down from 25,000 last year, according to the Pentagon.
U.S. Defence Secretary Jim Mattis said on Sunday the reduction in the number of U.S. troops taking part reflected a need for fewer personnel and was not because of tension with North Korea.
Other South Korean allies are also joining this year, with troops from Australia, Britain, Canada, Colombia, Denmark, the Netherlands, and New Zealand taking part.
Reuters