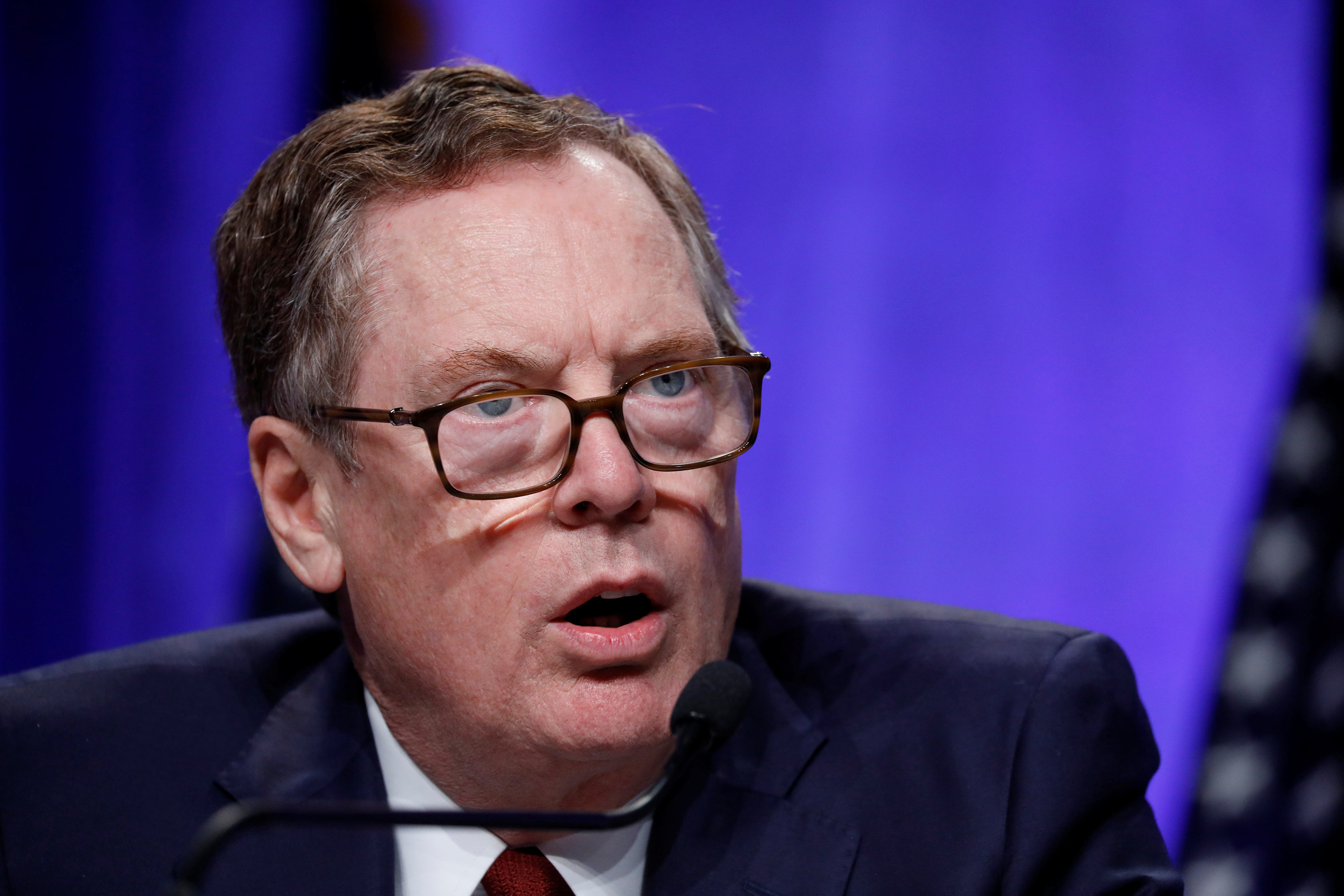 Washington: The United States, Canada and Mexico wrapped up their first round of talks on Sunday to revamp the Nafta trade pact, vowing to keep up a blistering pace of negotiations that some involved in the process said may be too fast to bridge deep differences.
In a joint statement issued at the end of five days of negotiations in Washington, the top trade officials from the three countries said Mexico would host the next round of talks from Sept. 1 to 5.
The talks will move to Canada later in September, then return to the United States in October, with additional rounds planned for later this year, US Trade Representative Robert Lighthizer, Mexican Economy Minister Ildefonso Guajardo and Canadian Foreign Minister Chrystia Freeland said.
"While a great deal of effort and negotiation will be required in the coming months, Canada, Mexico and the United States are committed to an accelerated and comprehensive negotiation process that will upgrade our agreement," the officials said.
One person directly involved in the talks described the schedule as exceedingly fast, given that past trade deals took years to negotiate.
The three countries are trying to complete a full modernization of the 23-year-old North American Free Trade Agreement by early 2018, before Mexico's national election campaign starts.
US President Donald Trump has threatened to scrap Nafta without major changes to reduce US goods trade deficits with its North American neighbors, describing it as a "disaster" that drained hundreds of thousands of American manufacturing jobs to low-wage Mexico.
The joint statement said the three countries made "detailed conceptual presentations" across the scope of Nafta issues and began work to negotiate some of the agreement's texts, although it did not provide details on the topics.
Negotiating teams "agreed to provide additional text, comments or alternate proposals during the next two weeks," ahead of the Mexico round.
Not all cards on the table
The source involved in the talks, who was not authorised to speak publicly, said there had been no drama as the three countries exchanged proposals.
Not all cards were put on the table, the source added, saying that during four four-hour sessions on rules of origin, the United States did not reveal its proposed targets for boosting North American and US content for the automotive sector.
Lighthizer had made clear that strengthening rules of origin for autos — the biggest source of US trade deficits — was one of his top priorities.
But the United States did reveal extensive texts governing cross-border data flows and e-commerce, said Kenneth Propp, the trade policy director for BSA-The Software Alliance, a group on USTR's trade advisory committee.
The Nafta countries already had made broad agreements guaranteeing cross-border data flows and other digital trade as part of the now-defunct Trans-Pacific Partnership agreement.
"Our sense is that there should be a lot of commonality as a starting point on this subject," Propp said.
Speed versus substance
A second person participating directly in the talks but not authorised to speak about them said negotiating teams were instructed to "work and work fast," but added that the substance of the agreement would not be sacrificed for speed.
Trade experts have consistently said that the schedule is far too ambitious, given the amount of work and differences on key issues.
"It's hard to imagine how they can do something very substantive and do it very quickly. It's almost as if you can have one or the other. You can have it quick, or you can have it meaningful," said John Masswohl, director of government relations at the Canadian Cattlemen’s Association.