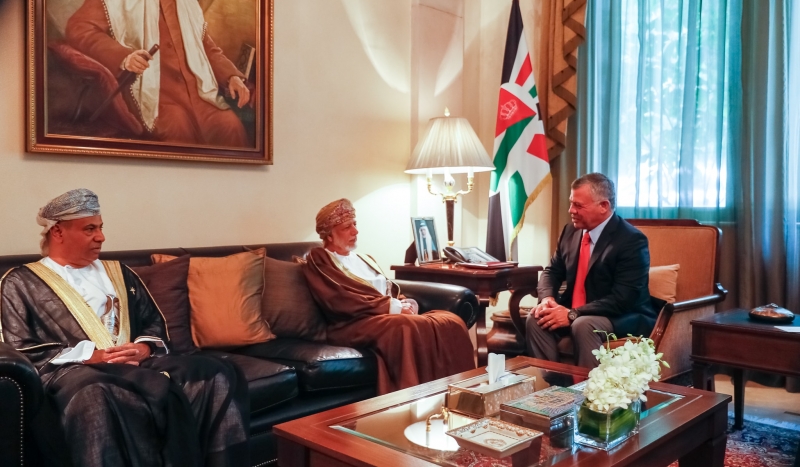 Amman: King Abdullah II Ibn Al Hussein of the Hashemite Kingdom of Jordan received in Amman on Sunday Yousuf bin Alawi bin Abdullah, Oman’s Minister Responsible for Foreign Affairs.
During the meeting, bin Alawi conveyed the greetings of His Majesty Sultan Qaboos bin Said along with best wishes of continuous health and wellbeing to the King of Jordan and the brotherly Jordanian people permanent progress and prosperity.
On his turn, the King of Jordan asked bin Alawi to convey his greetings and wishes of continuous health, wellbeing and happiness to His Majesty the Sultan and the Omani people permanent development and prosperity.
The two sides affirmed the strong fraternal relations between the two brotherly countries and the keenness to activate cooperation agreements between them in economic, investment, military and security fields.
Joint Committee
They also stressed the importance of convening the Omani-Jordanian Joint Committee.
Further, they touched on the latest regional and international developments. The meeting was attended by Khamis bin Mohammed Al Farsi, the Sultanate’s Ambassador to Jordan and some Jordanian officials.