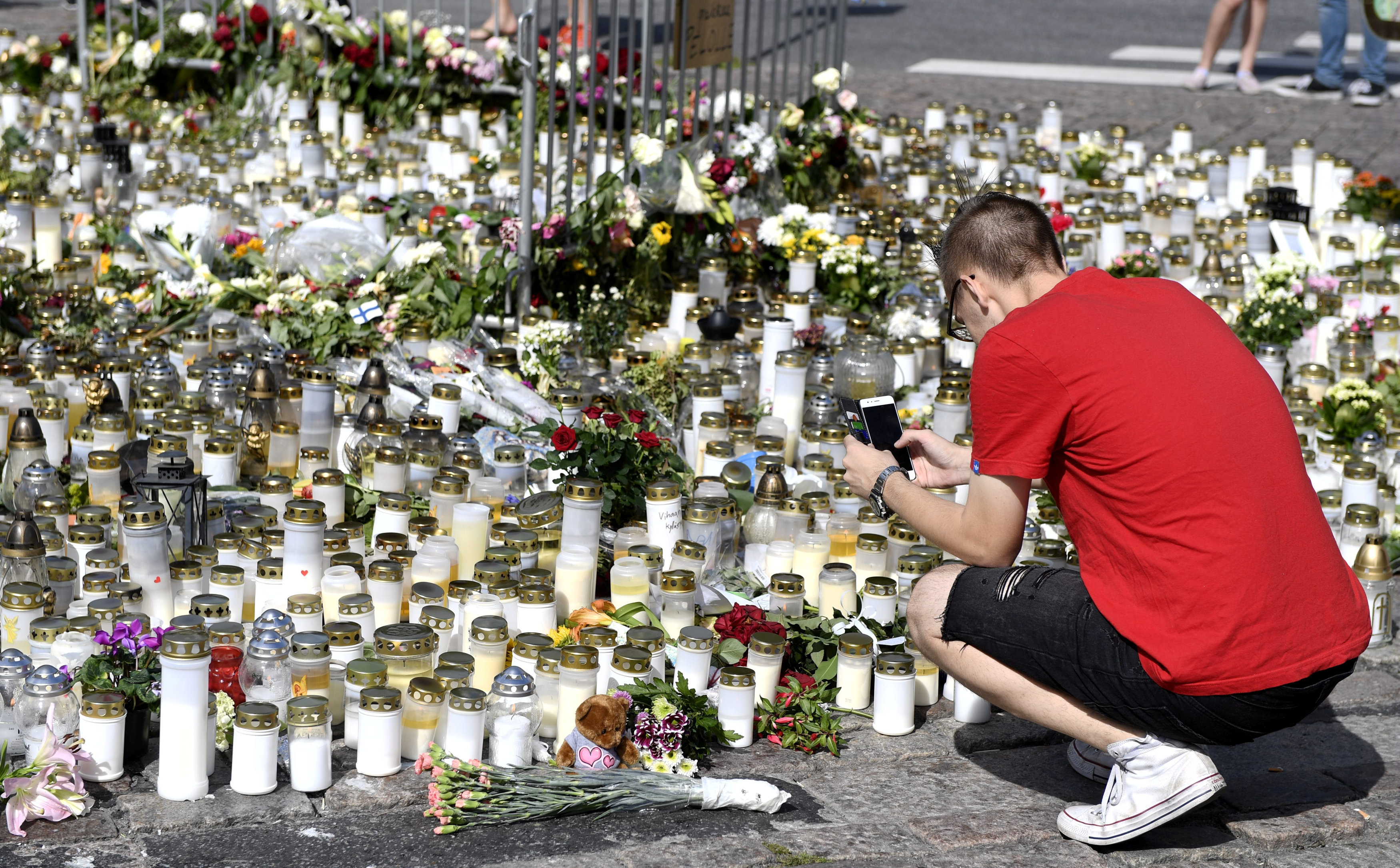 Helsinki: Police searched premises in the city of Turku and interviewed the chief suspect on Sunday as part of an investigation into Finland's first suspected extremist militant attack.
The National Bureau of Investigation said it had organised a reconstruction of Friday's knife rampage in the western city of Turku and raided addresses in its Runosmaki district.
"The investigation is proceeding and the picture is getting more accurate," said Detective Chief Inspector Crista Granroth, who is in charge of the investigation.
An 18-year-old Moroccan asylum seeker was arrested on charges of killing two women in a knife rampage and wounding eight other people - six of them women - in Turku's main market square.
The rampage was halted when police shot the attacker in the leg.
He was interviewed under guard in a hospital in Turku, a city on Finland's Baltic coast 160 km (100 miles) west of the capital Helsinki.
No group has yet claimed responsibility for Friday's attack, though police are investigating possible links to Thursday's deadly van attack by suspected extremist militants in the Spanish city of Barcelona in which 13 people were killed.
Violent crime is relatively rare in Finland and police say the knife attack is the first suspected terrorist incident in modern Finland.
Four other Moroccan men detained over possible links to the Turku attack have cooperated with police but their role has yet to be fully established, Granroth added.
The main suspect, who had lived in Turku's immigration centre after arriving in Finland last year, appeared to have targeted women, police said on Saturday.
Arya Rashidi, a fruit merchant of Kurdish origin, witnessed Friday's attack and tried to intervene.
"I saw the man stabbing several times a woman who was pushing strollers. I shouted to people to give me something to go fight him with. Then I saw a man trying to stop the attacker but he got struck with a knife too," he told Reuters.
"Someone gave me a baseball bat and I ran after the man along with some other people. We tried to shout and warn people, as he was running ahead of us."
"Then, police came and shot him in the leg. I was furious and I hit him with the bat, and then stepped back," he said.
Three people remained in hospital on Sunday in a stable condition following the attack, medical officials said.
"Someone called the hospital and threatened to come and kill the main suspect. We reported this to the police. We have also reinforced security in the hospital," said Leena Setala, the head of the hospital district.