Oman motoring: Working of a radiator 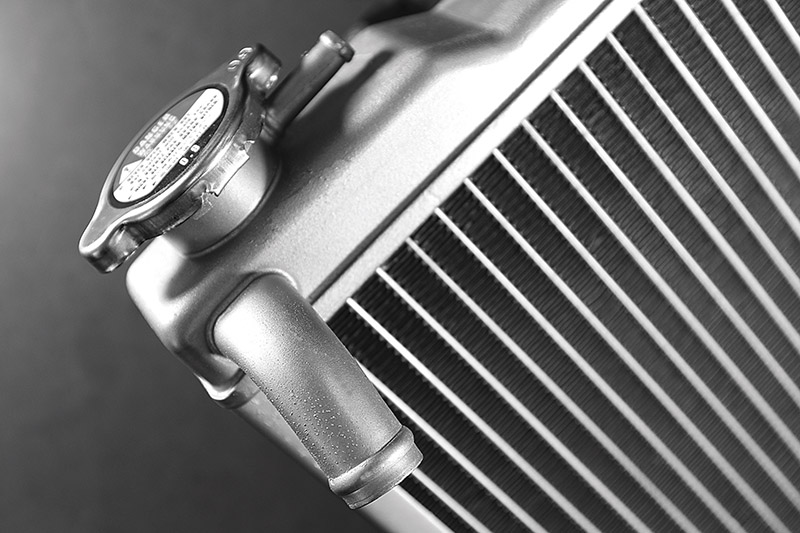 A radiator forms an essential part of an automobile cooling system. Coolant circulated by the water pump navigates to the engine and absorbs excess heat of the engine. The heat absorbed by the coolant has to be removed to ensure proper working of an engine. This is where the role of radiator comes into play. It works as a heat exchanger in removing heat from the engine and regulate temperature for healthy working of an automobile. To facilitate the transfer of heat, radiator contains a fan which gets activated when the coolant sensor detects the engine temperature and sends a signal to close the fan control relay.

Most of the automobiles use radiators that are made by soldering thin aluminium fins to aluminium tubes which are flat. These aluminium tubes are arranged in a parallel fashion. The coolant enters this arrangement through an inlet and moves across several tubes. The fins which were soldered to the tubes extract heat from the coolant when it flows through the tubes. Further the air is blown through fins which cool it down.

Turbulator fins are modified version of the normal fins which are made to increase the turbulence of coolant flowing through the tube. Turbulence in fluid mechanics refers to abrupt changes in pressure and fluid velocity. This is done in-order to maximise the heat exchange. If the coolant flows smoothly only the portion of fluid touching the surface of the tube would exchange heat. But by creating turbulence in the coolant, the fluid inside the tube mixes well. Thereby, it increases the volume of the coolant which touches the surface of the tubes and heat exchange happens more effectively. Turbulence helps in maintaining this temperature differential by mixing the coolant.

Radiator Fans
The function of the radiator fan is to move the air across the radiator when the car is not moving fast enough to get the natural air. They are mounted on the back of the radiator such that they are closest to the engine. Suppose these fans are absent then the engine won’t get enough air when the vehicle is moving slowly or is at standstill. These electric fans are controlled by computer. The temperature of the engine is sensed by a sensor and this information is passed on to the computer. Accordingly computer directs the fans to be turned off or on through a relay. If the car has air-conditioning system then an extra radiator is required which is fitted in front of the normal radiator. The fans are kept on if the air-conditioning is on, even though the car is at standstill.

How To Deal With Overheated Radiator?
If the radiator gets overheated while you are on the drive, it’s just not a good idea to continue driving. It’s better to pull over and take some precautionary measures to bring it to normal situation.
1. Switching off the air-conditioner is a wise step since it helps in reducing the engine temperature. As mentioned earlier the radiator for AC was in front of the normal radiator, so the air comes through the AC radiator which becomes hotter before reaching the normal radiator. The whole process becomes inefficient with AC on. Switching off the AC makes the normal radiator receive normal air and engine can be cooled off efficiently.
2. Always make sure that your car has enough coolant in place. Sometimes not having enough coolant makes the process of heat exchange inefficient. When adding coolant to the engine, make sure the engine is running.
3. Check for the leaks, defective thermostat, issues with water pump, or even a defective radiator cap. Any of these issues can lower the coolant level or stop coolant circulation, thereby it rises the temperature and engine starts getting overheated.
4. The next difficult situation comes in when you are stuck in traffic and radiator is overheated. You should simply open the hood of the engine and put some antifreeze or water.
Place a large cloth by wrapping it up around the upper radiator hose. Then try to squeeze the cloth. You will find it difficult to squeeze when it is hot. You should wait until you can easily squeeze the cloth.