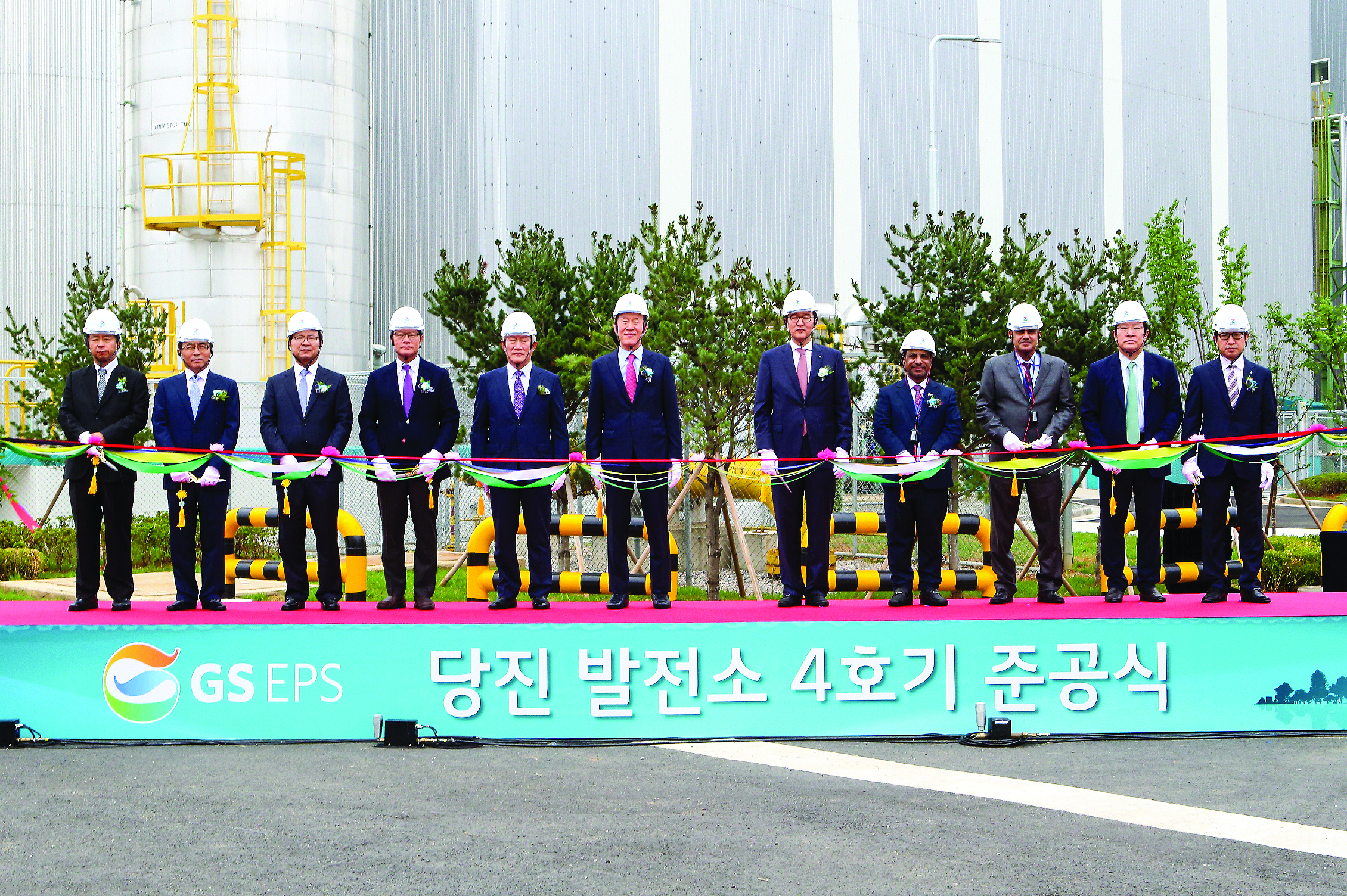 Muscat: GS EPS Co., a joint independent power producer associate of Oman Oil Company (OOC), and GS Holdings has completed the construction of Phase IV, 900 megawatt (MW) combined cycle power plant powered by directly imported LNG.
The ceremony was held with the presence of Mohamed Al Harthy, Ambassador of the Sultanate of Oman to the Republic of Korea, Eng. Isam Al Zadjali, the chief executive officer of Oman Oil COmpany, Chang-Soo Huh, the chairman of GS Group, Jin-Soo Huh, the chairman of GS Caltex, Yong-Soo Huh the chief executive officer of GS EPS and other representatives from both sides.
GS EPS is one of the nation’s major independent power producers. It also operates three other liquefied natural gas (LNG) fired combined-cycle power plants, with a capacity of 1,500MW and a 100MW renewable energy power plant in Dangjin, South Chungcheong Province.
“It is a great pleasure for us to witness the inauguration of Phase IV power plant with GS Holdings. This investment is part of the OOC’s integrated strategy to diversify its growing investments internationally.
OOC plays a vital role to facilitate the transfer of expertise and technology to form a knowledge-based economy, and aims to build the technological and operational capacities through strategic partnerships. In future similar renewable energy projects opportunities can be explored in Oman.” Said Eng. Isam bin Saud Al Zadjali CEO of Oman Oil Company.
The power efficiency of the GS EPS’s newly completed Phase IV is 60 per cent. Its cost competitiveness comes from directly procuring the fuel needed for power generation instead of getting the LNG. It can also generate relatively more power with the same amount of fuel due to its high efficiency.
Moreover, the power generation dispatch system is set to consider both economic factors and environmental factors such as fine dust.
Oman Oil Company has more than 50 investments, locally and internationally, where about 64 per cent of its investments are based in Oman.
OOC also contributes to the establishment of a number of industrial zones and large investments within the Sultanate through entering into strategic partnerships with major companies in the value chain of the energy sector in order to transfer expertise and technology and build the operational capacity of local projects in the future.