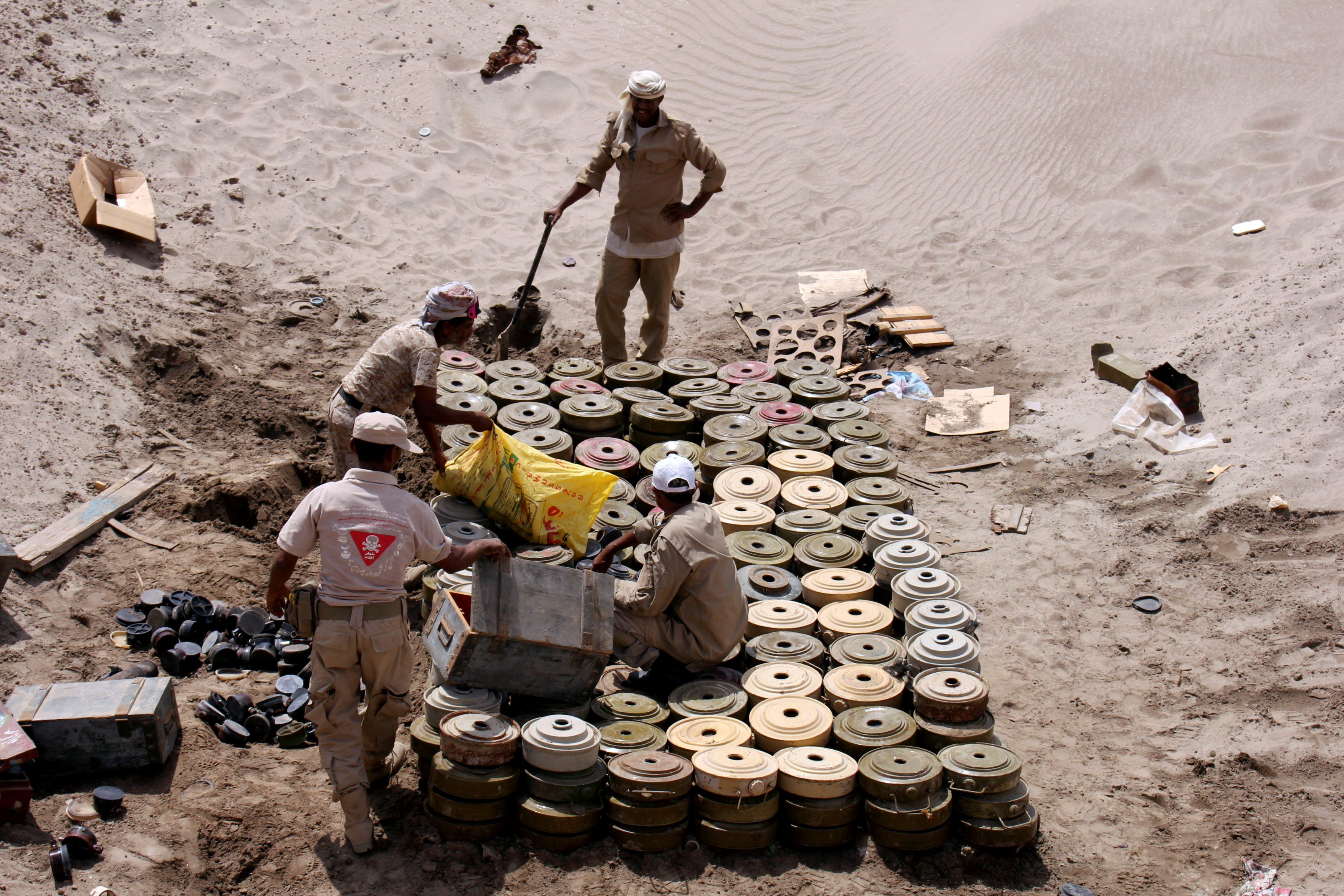 Dubai: Internal strains afflicting both sides in Yemen's conflict have deepened, as the U.N. warned that the failure of the country's political elites to settle their differences has prolonged the suffering of millions already beset by famine and disease.
In a briefing on Sunday, U.N. envoy to Yemen Ould Cheikh Ahmed said the intractable two-year-old conflict was exposing ordinary people to death and hardship.
"Yemen today continues to traverse a critical and agonizing period as civilians pay a terrible price of an unending power struggle," Ould Cheikh Ahmed said.
"Those who survive the fighting face death by famine or disease as the economic situation continues to deteriorate... The political tensions in Yemen continue to undermine the state institutions on which many Yemenis depend."
The internationally recognized government based in the southern city of Aden has yet to impose its writ over a kaleidoscope of armed factions there, one of which camped out with its weapons in a protest at a main square on Sunday.
Angry about the mysterious assassination of a local commander, the militia traded gunfire with security forces.
President Abd-Rabbu Mansour Hadi and most of the government remain in exile due to security threats in Aden while the central bank complained last week that it has no access to cash badly needed to shore up the economy.
Ruling from the capital Sanaa in the north, the government's foes in the Iran-aligned Houthi movement, also known as Ansar Allah, are faring little better and appeared to fall out with a major ally over the worsening economic crisis.
The group has long blamed Hadi's government for the non-payment of public sector salaries for almost a year and a sanitation crisis which has seen 2,000 people die from cholera.
But its leader launched an unprecedented verbal broadside against its main military and political partner on Sunday over the course of the two-year war, veteran ex-president Ali Abdullah Saleh, in a speech entitled "Maintaining the unity of internal ranks".
Saleh and his former ruling party entered an unlikely alliance with the Houthis before a Saudi-led coalition intervened in Yemen to restore the government to power.
"Ansar Allah represents only a quarter of the state's top echelons and one per cent of the overall administrative structure of the state," Abdel-Malek Al Houthi said in a speech on Sunday.
"Don't allow anyone to try to strike the home front or stir up internal strife... or try to paralyze or disrupt state institutions and engage in political extortion," he added.
There was no immediate comment from Saleh's party to the address or what measures the Houthis might take against Saleh loyalists, who occupy key posts in the northern administration.
U.N.-backed peace talks between the warring sides collapsed over a year ago and fighting continues to rage in nationwide battlefronts between militias and army factions loyal to the Houthis and the government.