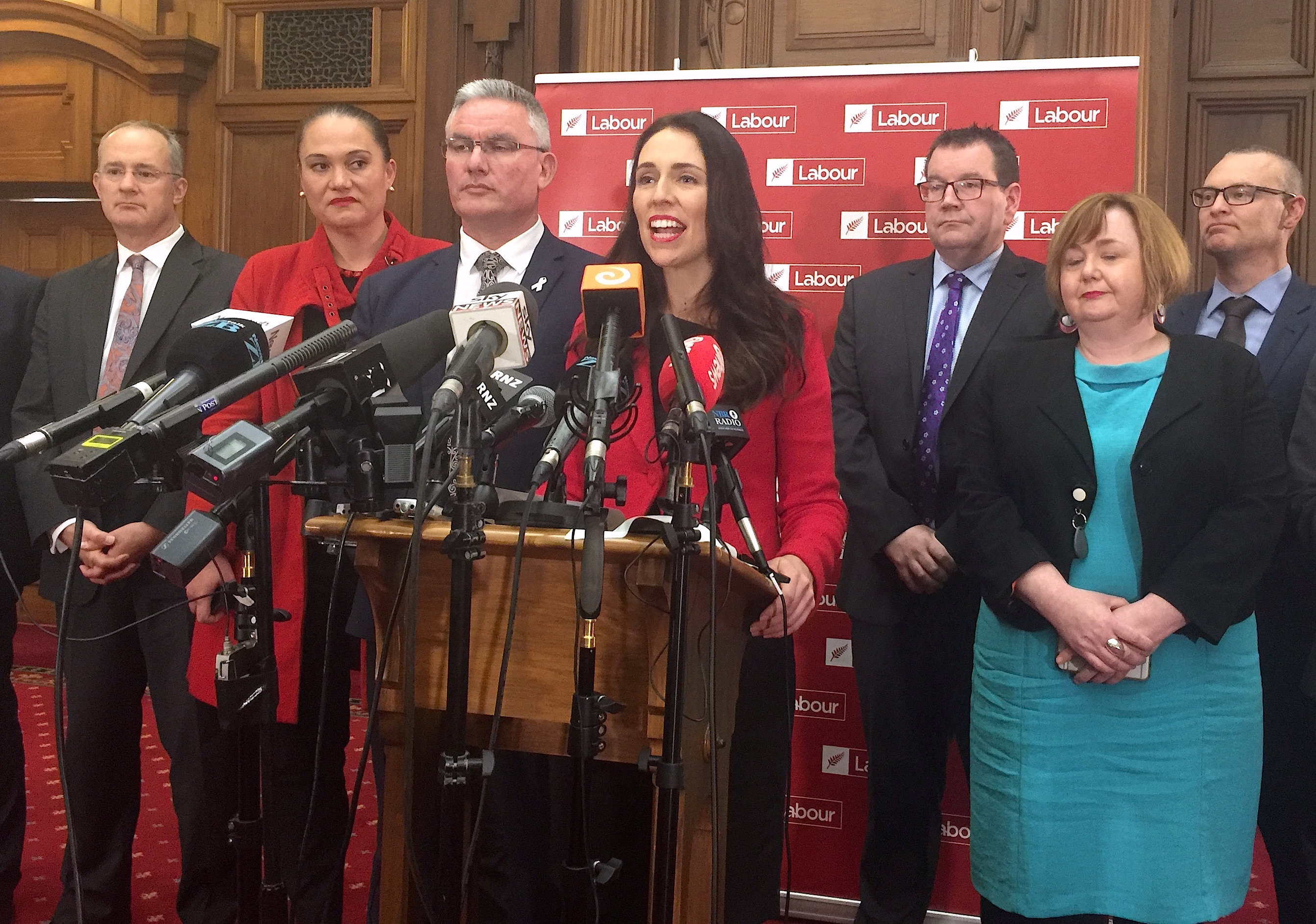 Wellington: New Zealand’s 37-year-old opposition leader, Jacinda Ardern, officially launched her election campaign on Sunday, pledging her government would be "bold”, "brave” and tackle rising inequality should it win next month’s election.
Ardern is riding a surge in the polls just three weeks after her appointment to the leadership of the centre-left Labour Party opened up what had been predicted to be a straightforward re-election of the incumbent centre-right government, which has held power for a decade.
New Zealand has been buoyed by some of the strongest economic growth among advanced countries in recent years.
But Ardern said, for many, pay rises were not keeping pace with a rising cost of living and the gap between rich and poor was getting more entrenched.
She said she would never question the importance of a strong economy but the difference between the major parties was what "we use as the signs of success”.
"I will always maintain that a successful economy is one that serves its people. Not the other way around,” she said in Auckland.
"And that means judging success differently.”
Ardern spoke of the achievements of former Labour prime ministers and the issues that defined them, from free education to the creation of the welfare state.
"For me it's simple: I want to build a country where every child grows up free from poverty and is filled with hope and opportunity," she said.
Ardern’s speech at the Auckland Town Hall also focused on the environment, saying New Zealand’s rivers were "dying” with the majority "almost too dirty to swim in”.
She said climate change was the "challenge that defines my generation”.
"This is my generation’s nuclear-free moment, and I am determined that we will tackle it head on,” Ardern said.
She reiterated several of her party's policies including three years' free tertiary education, and said her party would "refuse to accept the status quo”.
Her opponent in the September 23 election, Prime Minister Bill English, took the reins last December when John Key announced his surprise resignation after eight years in the role.
Ardern had an immediate impact in the polls upon becoming opposition leader, with her party jumping 9 points to 33.1 per cent, its highest level since 2014, just days after her appointment at the beginning of this month.
Polling commissioned by the Labour Party and released ahead of her campaign launch put the party three points adrift of the incumbent National Party.
The UMR poll had Ardern’s favourability rating at 70 per cent, compared with 57 per cent for English. Ten per cent viewed her unfavourably compared with 37 per cent for English.