Draw for entry into Indian schools in Oman starts mid-March 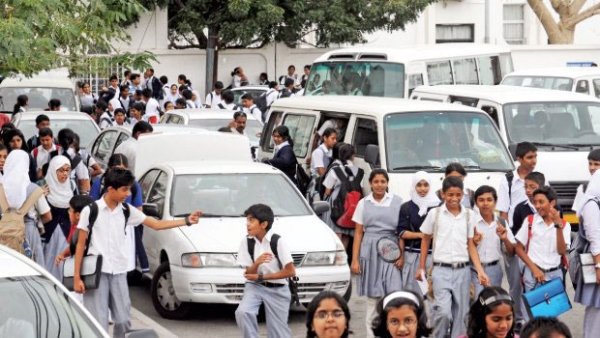 Muscat: Wait for admissions to Indian schools in Muscat will be over soon as the Indian School Board authorities have said that the draw for the first phase of admissions would be held in the middle of March.
This year, the Board has received around 4,700 applications for admissions in various classes of schools.
With only 2,446 seats available according to the tentative vacancies for the 2016-2017 academic year, providing admissions to all the applicants will be challenging for the board.
“We will try to accommodate everybody, fulfilling the board’s aim of providing education to every applicant,” Wilson George, chairman, Indian schools in the Sultanate, said.
The parents will be informed about the school allotment and admission dates.
“The vacancy status will be updated after the first lot of admissions end, and wait-listed applicants will be considered for the second draw, which will be held in the first week of April,” the board said in a statement on Thursday.
The Centralised Admission System with online registration introduced by the board of directors has made the admission procedure convenient for parents as wells as school authorities who have to face huge rush in the past.
Huge demand
Due to a large number of parents seeking admission for their children in Indian Schools, the demand generally outstrips the total number of available seats in the schools of the capital.
As of today, the total number of students in all Indian schools stands at a staggering 44,500 with a sizeable number in six schools of the capital.
It has also been observed from the trend that the demand for seats is more in lower classes from KG I to Standard II.
“The BoD is fully aware of its social responsibility and is doing everything possible to augment infrastructure,” the board statement added.