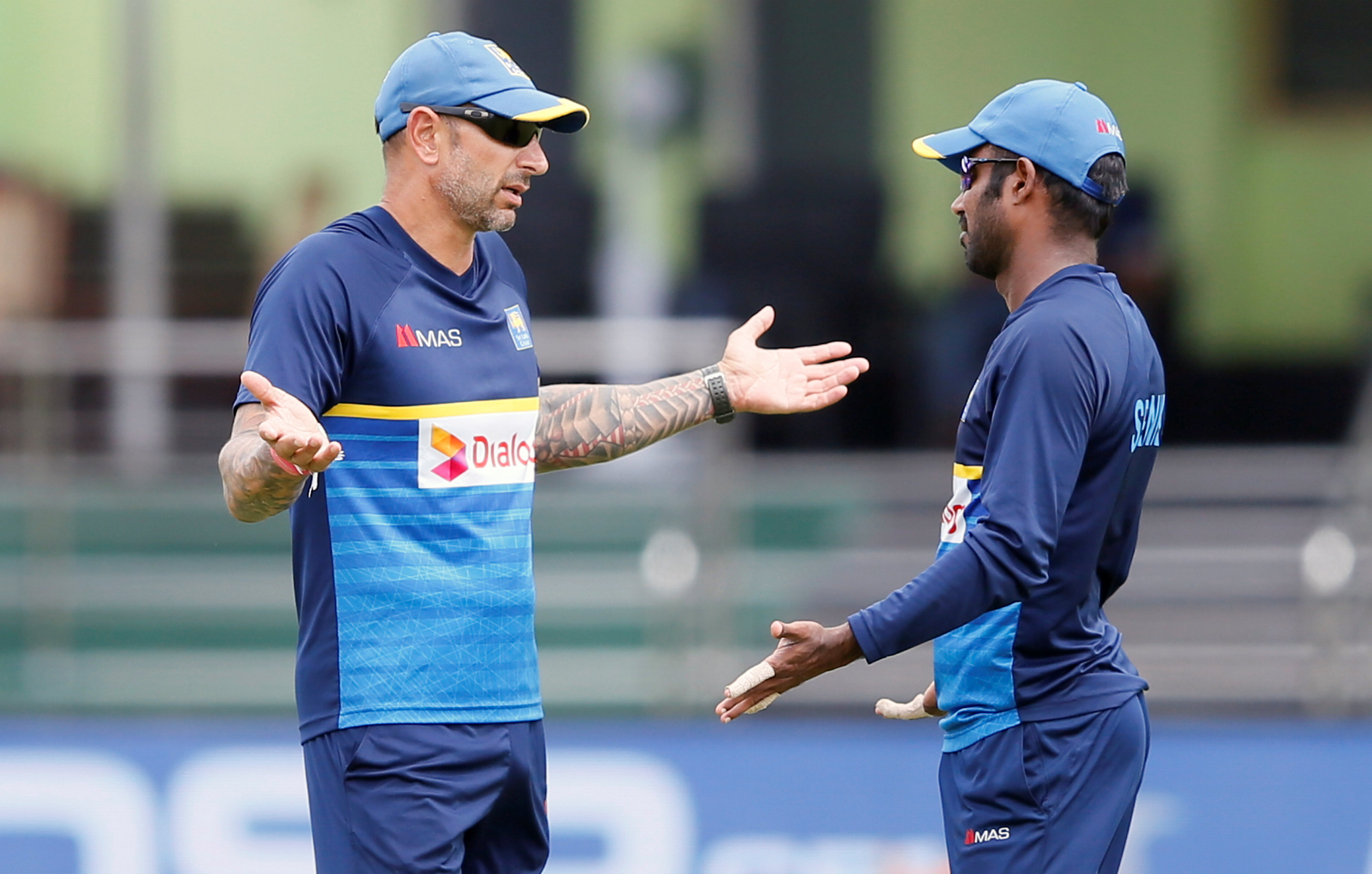 Dambulla: Sri Lanka One-day International (ODI) team skipper Upul Tharanga on Saturday said that they will have to quickly forget the 0-3 drubbing in the Test series and draw confidence from their win over India in the Champions Trophy.
"We have got to forget the Test series and the mistakes we made. We are heading for a new format and are looking forward to it. That's the most important thing," Tharanga said on the eve of the first ODI of the five-match series.
"India have been very consistent in the last three-four years. In comparison, we lack consistency and that has been a big drawback. Our fielding has been terrible. We have dropped catches."
"But we have the confidence having beaten India in the Champions Trophy (in June). No one thought that we would beat them. If you take the last series, our batting was also good," the captain insisted.
India have rested their Test bowling line-up of Ravichandran Ashwin, Mohammed Shami, Ravindra Jadeja and Umesh Yadav from the ODI squad. But, even with the less experienced bowling attack, India would start as the outright favourites.
"In their ODI side, Bhuvneshwar (Kumar) is their number one bowler. They are without a few bowlers but it doesn't make their attack any weaker. We cannot under-rate their attack. They have done well in tournaments like IPL. We have to work hard and play well," Tharanga said.
"I thought we did not play to our strengths during the Test series. We have done well in the ODIs in the last 10 years but the last 18 to 20 months have been a bit different. We have lacked confidence. You cannot give the opposition too much chance and when chances come your way, you have to grab them with both hands," he added.
Tharanga has led Sri Lanka earlier in the limited-overs' format, but he is now full-time skipper after Angelo Mathews quit captaincy following the 2-3 defeat against minnows Zimbabwe at home.
"I don't think I have any pressure. We want to win. We lost to Zimbabwe, but we have a great opportunity to beat India given that we defeated them during the Champions Trophy. We are a confident lot."
"The unfortunate thing is that we lost the series against Zimbabwe. We should try to play with confidence and the fact that we had beaten India in the Champions Trophy gives us a lot of confidence. We can perform well," said the skipper.
Tharanga confirmed that he would be batting at No. 4, but didn't reveal their first choice playing XI. There is a possibility that Mathews could be bowling again.
"I will be batting at number four. We have not selected the final side but we are thinking on the lines of two seamers and then Angelo is able to bowl a couple of overs. We have also got Thisara Perera. If he can bowl a few overs that enables us to balance the side. That exactly what we were lacking in the last couple of months," he said.
Winning two ODIs in this series will ensure Sri Lanka an automatic qualification for the 2019 World Cup in England, ahead of West Indies.
"This will be more important as we are ranked eighth," he said.