Millions of Americans to gaze upon first total solar eclipse 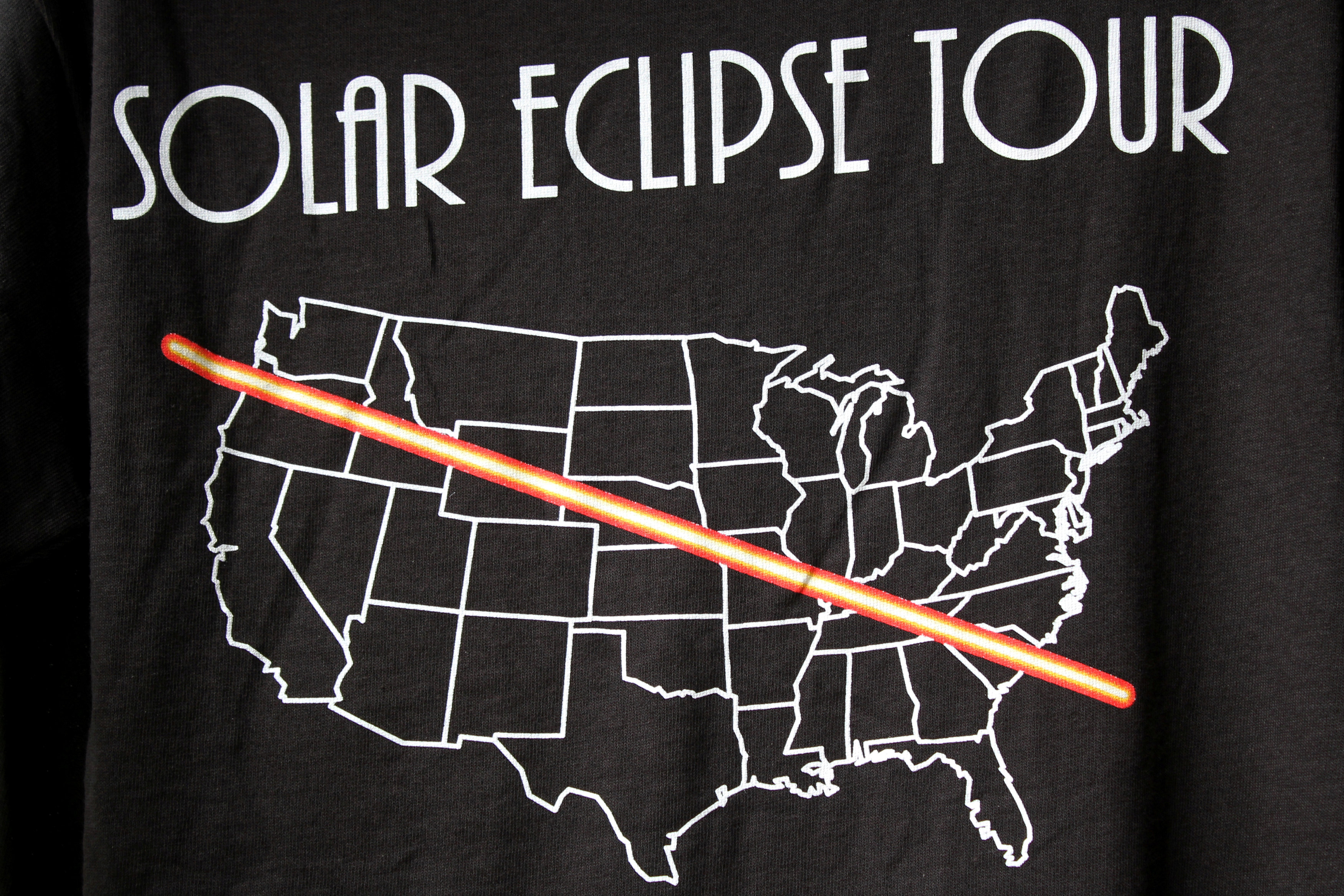 Los Angeles: Twilight will fall at midday on Monday, stars will glimmer and birds will roost in an eerie stillness as millions of Americans and visitors witness the first total solar eclipse to traverse the United States from coast to coast in 99 years.
The sight of the moon's shadow passing directly in front of the sun, blotting out all but the halo-like solar corona, may draw the largest live audience for a celestial event in human history. When those watching via broadcast and online media are factored into the mix, the spectacle will likely smash records.
"It will certainly be the most observed total eclipse in history," astronomer Rick Fienberg of the American Astronomical Society (AAS) said last week.
The eclipse begins its cross-country trajectory over the Pacific Coast of Oregon in late morning. It will reach South Carolina's Atlantic shore some 90 minutes later.
The total eclipse of the sun is considered one of the most spell-binding phenomena in nature but it rarely occurs over a wide swath of land, let alone one of the world's most heavily populated countries at the height of summer.
In terms of audience potential, it is hard to top the United States, with its mobile and affluent population, even though the direct path is mostly over rural areas, towns and small cities. The largest is Nashville, Tennessee, a city of 609,000 residents.
Even so the advent of social media and inexpensive high-tech optics have boosted public awareness, assuring what many U.S. experts predict will be unprecedented viewership for the so-called "Great American Eclipse."
Some might take issue with that prediction, citing a solar eclipse visible over parts of India, Nepal, Bangladesh and central China in July 2009. National Geographic estimated 30 million people in Shanghai and Hangzhou alone were in its path that day.
On Monday, the deepest part of the shadow, or umbra, cast by the moon will fall over a 70-mile-wide (113-km-wide), 2,500-mile-long (4,000-km-long) "path of totality" traversing 14 states. The 12 million people who live there can view the eclipse at its fullest merely by walking outside and looking up, weather permitting.
Some 200 million Americans reside within a day's drive of the totality zone, and as many as 7 million, experts say, are expected to converge on towns and campgrounds along the narrow corridor for the event. Many are attending multi-day festivals featuring music, yoga and astronomy lectures.
Millions more could potentially watch in real time as the eclipse is captured by video cameras mounted on 50 high-altitude balloons and streamed online in a joint project between NASA and Montana State University. A partial eclipse will appear throughout North America.
Adding further to the excitement is the wide availability of affordable solar-safe sunglasses produced by the millions and selling so fast that suppliers were running out of stock.
The owner of one leading manufacturer reported price gouging by second-hand dealers who were buying up large supplies in and reselling them over the internet at a huge mark-up.
Not all the hoopla will unfold on dry land. Welsh pop singer Bonnie Tyler is slated to perform her 1983s hit single "Total Eclipse of the Heart" aboard a cruise liner as the vessel sails into the path of totality from Florida on Monday.
Back on the ground, forest rangers, police and city managers in the total eclipse zone are bracing for a crush of travellers they fear will cause epic traffic jams and heighten wildfire hazards.
"Imagine 20 Woodstock festivals occurring simultaneously across the nation," Michael Zeiler, an AAS advisory panel member wrote on his website, GreatAmericanEclipse.com, referring to the famously chaotic 1969 outdoor rock extravaganza in upstate New York.
Zeiler, an avowed "eclipse chaser" who made the 650-mile (1,046 km) drive from his New Mexico home to Wyoming for a choice view, said South Carolina is likely to see the greatest influx as the destination state closest to the entire U.S. Eastern seaboard.
Monday's event will be the first total solar eclipse spanning the entire continental United States since 1918 and the first visible anywhere in the Lower 48 states in 38 years.
The next one over North America is due in just seven years, in April 2024.