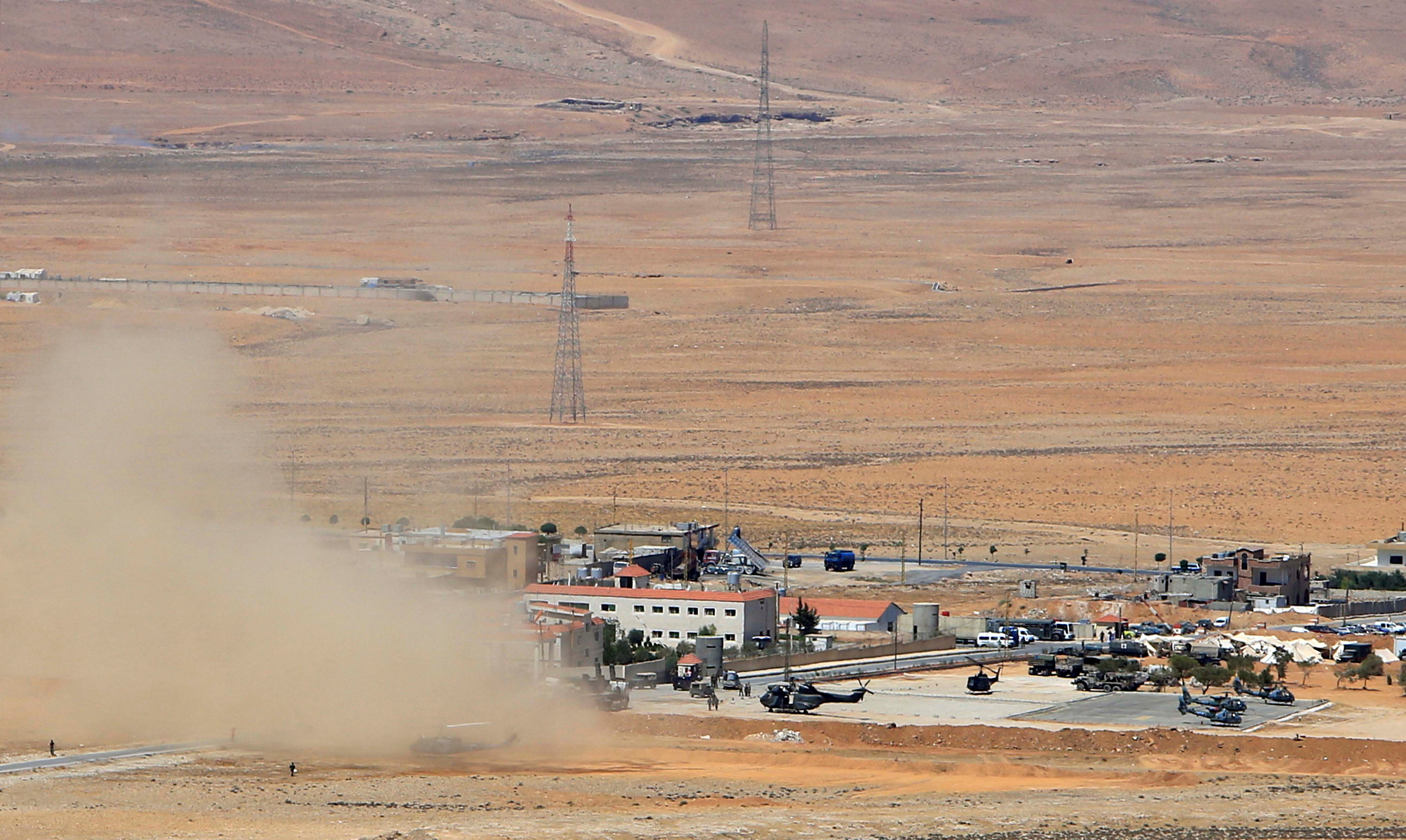 Beirut: The Lebanese army launched an offensive on Saturday against an IS group's enclave on the northeastern border with Syria, as the Lebanese group Hezbollah announced an assault on the militants from the Syrian side of the frontier.
The Lebanese army operation got underway at 5am (0200 GMT), targeting IS positions near the town of Ras Baalbek with rockets, artillery and helicopters, a Lebanese security source said. The area is the last part of the Lebanese-Syrian frontier under insurgent control.
A security source said the offensive was making advances with several hills taken in the push against the militants entrenched on fortified high ground, in outposts and in caves.
The operation by Hezbollah and the Syrian army targeted the area across the border in the western Qalamoun region of Syria.
Hezbollah-run Al Manar TV said that its fighters were ascending a series of strategic heights known as the Mosul Mountains that overlook several unofficial border crossings used by the militants.
A Hezbollah statement said the group was meeting its pledge to "remove the terrorist threat at the borders of the nation" and was fighting "side by side" with the Syrian army.
It made no mention of the Lebanese army operation.
The Lebanese army said it was not coordinating the assault with Hezbollah or the Syrian army.
Any joint operation between the Lebanese army on the one hand and Hezbollah and the Syrian army on the other would be politically sensitive in Lebanon and could jeopardize the sizeable U.S. military aid the country receives.
Washington classifies the Iran-backed Hezbollah as a terrorist group.
"There is no coordination, not with Hezbollah or the Syrian army," General Ali Kanso said in a televised news conference, adding that the army had started to tighten a siege of IS in the area two weeks ago.
"It's the most difficult battle so far waged by the Lebanese army against terrorist groups - the nature of the terrain and the enemy," he said, characterizing the 600 IS fighters in the area as 600 "suicide bombers".
In a recent speech, Hezbollah leader Sayyed Hassan Nasrallah said the Lebanese army would attack IS from its side of the border, while Hezbollah and the Syrian army would simultaneously assault from the other side.
A commander in the military alliance fighting in support of President Bashar Al Assad said that "naturally" there was coordination between the operations.
Last month, Hezbollah forced Nusra Front militants and Syrian rebels to leave nearby border strongholds in a joint operation with the Syrian army.
The Lebanese army did not take part in the July operation, but it has been gearing up to assault the IS pocket in the same mountainous region.
Footage broadcast by Hezbollah-run Al Manar TV showed the group's fighters armed with assault rifles climbing a steep hill in the western Qalamoun.
The Lebanese group has had a strong presence there since 2015 after it defeated Syrian rebels who had controlled local villages and towns.
Many rebels, alongside thousands of refugees fleeing violence and Hezbollah's control over their towns, took shelter on the Lebanese side of the border strip.
Hezbollah has provided critical military support to President Bashar Al Assad during Syria's six-year-long war. Its Lebanese critics oppose Hezbollah's role in the Syrian war.
Northeastern Lebanon was the scene of one of the worst spillovers of Syria's war into Lebanon in 2014, when IS and Nusra Front militants attacked the town of Arsal.
The fate of nine Lebanese soldiers taken captive by IS in 2014 remains unknown.
Hezbollah and its allies have been pressing the Lebanese state to normalise relations with Damascus, challenging Lebanon's official policy of neutrality towards the conflict next door.