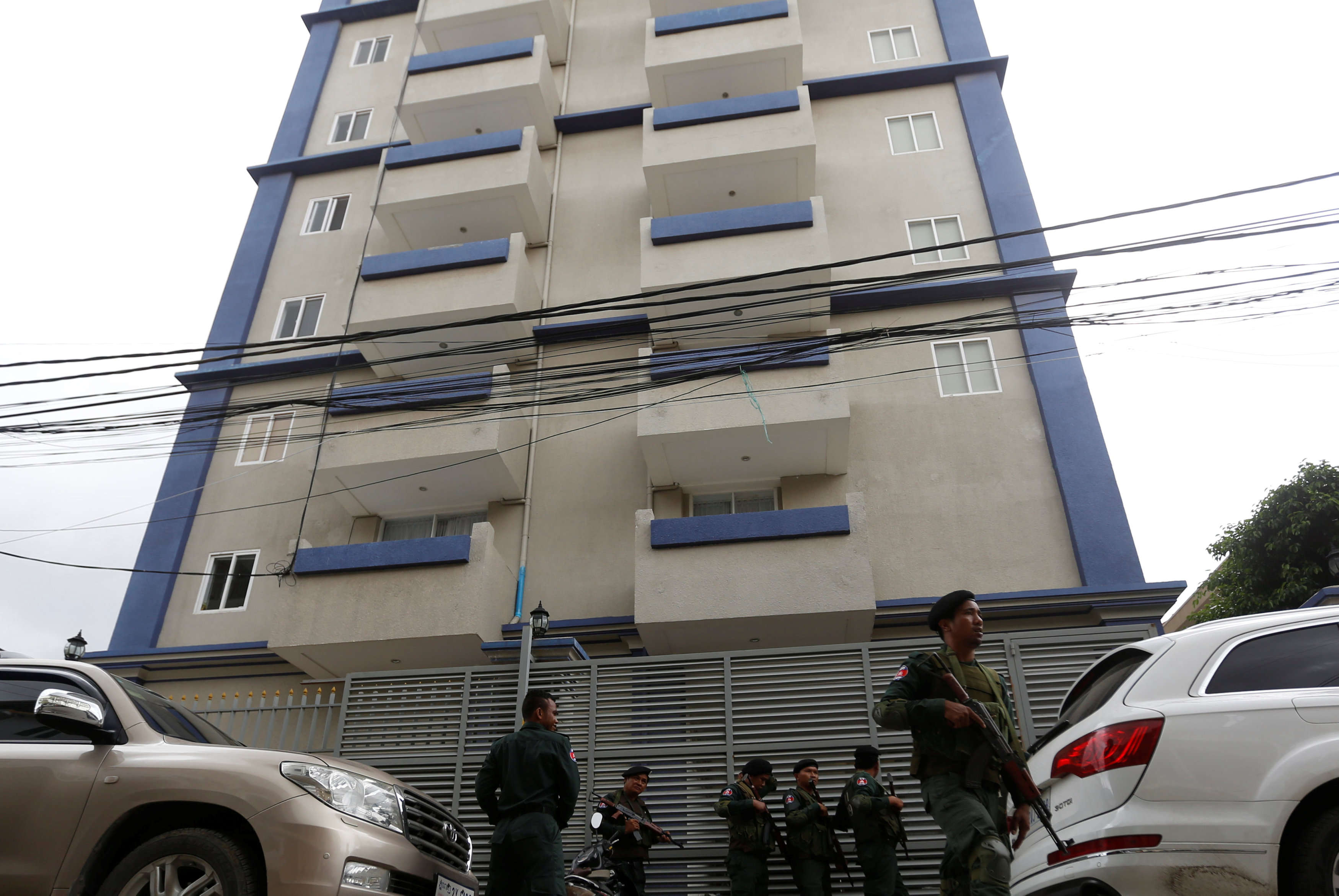 Phnom Penh: No sooner had the 11-storey apartment building in Phnom Penh's affluent Tuol Kouk district been finished than dozens of young Chinese men and women moved in loaded with desks and laptops, said neighbours.
"I thought they were moving an office in," said Eng Somnang, 20, who owns a noodle soup shop directly opposite and watched them arrive early this month.
Police in the Cambodian capital accuse them of doing exactly that: setting up a criminal call centre with more than 200 Chinese nationals to carry out a telephone and internet scam on victims in China.
Police raided the building on Wednesday to stop what they said was the latest operation of a type that has duped people out of billions of dollars - with scammers operating from countries that have good internet access and relaxed visa rules.
From a balcony of the building in Phnom Penh, some of the suspects told Reuters they had not been given food and police were not allowing them to leave.
One of the suspects, Fang, 30, from China, said she came to Cambodia on a tourist visa. She said there were more than 200 people inside the building but declined to answer questions about what they had been doing there.
Police said they had arrested 225 Chinese nationals, 25 of them women, on suspicion of using internet voice calls for an extortion scheme. They will be sent to China to face justice, police investigators said.
Since 2011, Cambodia has deported 800 people from mainland China and Taiwan, arrested on suspicion of telecoms scams.
Neighbours in Tuol Kouk, dotted with large villas, described the occupants of the building as quiet.
They said it had been rented out to tenants for $25,000 a month. The owner was not available to comment.
The occupants kept to themselves, venturing out only at night to get food, neighbours said.
"They were mostly men, some women. Maybe 20, 23 years old. Young," said Eng Somnang.
"When people delivered food to them they were not allowed inside."
In the past, Chinese fraud suspects have often entered Cambodia on tourist visas, said Uk Haisela, chief of investigation at Cambodia's immigration department.
The victims of the scammers were often civil servants and retired officials from mainland China, he said.
One of the suspected telephone fraudsters who Uk Haisela interrogated said he made up to $70,000 per week.
Uk Haisela said victims ere sometimes blackmailed and the suspects used Cambodia because it was easy to stay in the country and internet speeds were fast.
Cambodia was able to track the gangs with help from China, he said.
"China sends IP addresses to us... Once we make arrests, we report to the Chinese embassy," Uk Haisela told Reuters.
China's Foreign Ministry said there had always been close cooperation with Cambodia.
"China appreciates Cambodia's cooperation with China on jointly cracking down on telecoms fraud and other cross-border crime," it said in a statement.
The scams have become a headache for both China and Taiwan, bringing cooperation between them, but also objections from Taiwan because of the deportation of suspects from the self-ruled island to face trial on the mainland.
Suspected scammers have been arrested elsewhere in Asia and Asia.
This month, 77 Chinese fraud suspects were sent to China from Fiji. More than 150 were detained in Indonesia over a scam that police said had netted about $450 million.
Scammers choose countries where they think law enforcement is weak and governments are unlikely to see them as a priority, said Lennon Chang, a criminologist and expert in telecoms fraud at Monash University in Melbourne.
"We might be able to call them criminal nomads," he told Reuters, saying they moved every couple of weeks.
The fraudsters sometimes posed as officials and tricked people into disclosing bank account details, he said.
"The leaders are not easy to discover. All are young kids. Even if the crime syndicates are discovered and dissolved, the leaders will be able to start a new group in a short period of time.