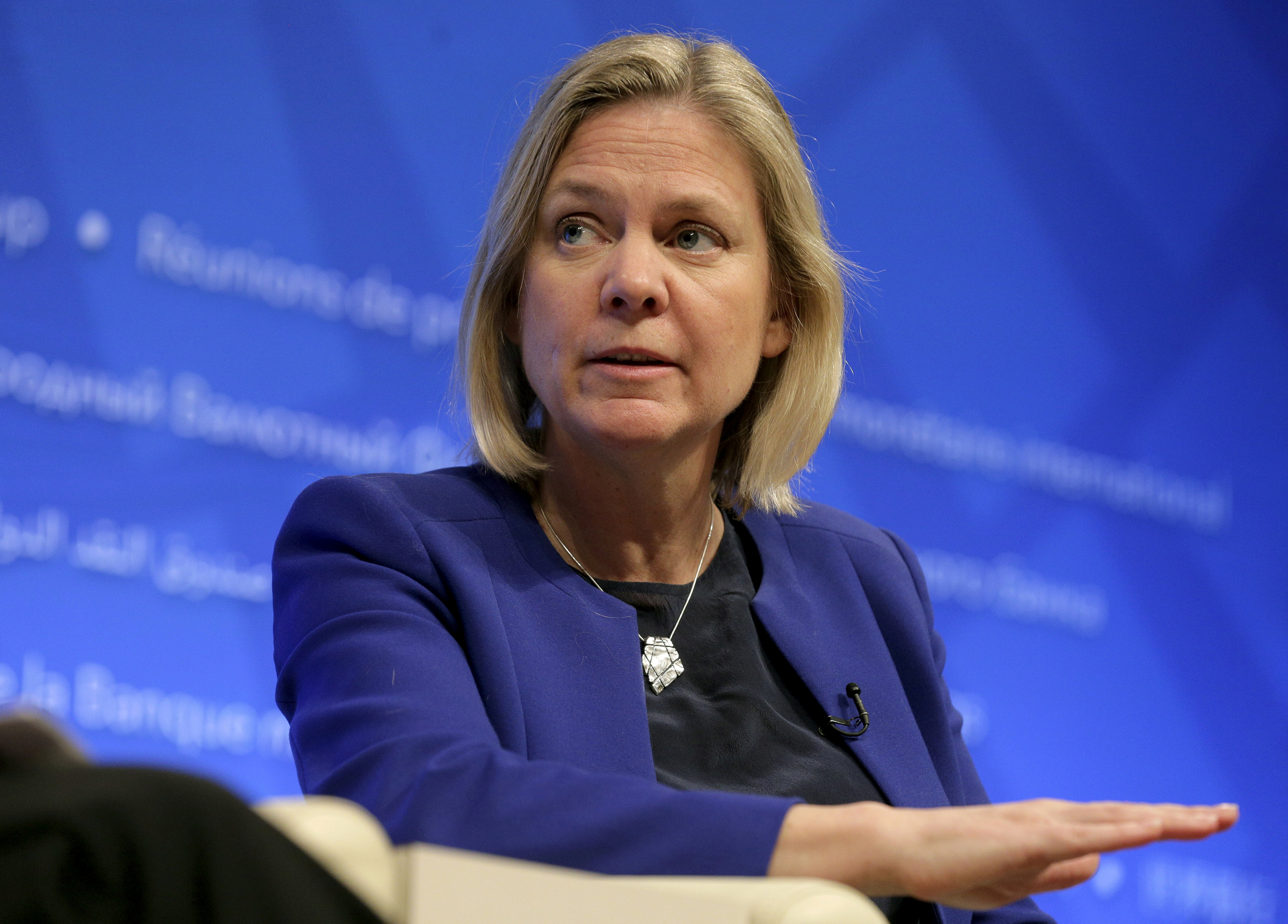 Stockholm: Underlying inflation topped the Swedish central bank's target in July for the first time since 2010, putting the central Riksbank under pressure to tighten its ultra-loose monetary policy.
Negative rates and a hefty bond-buying programmer are looking increasingly at odds with an economy that expanded 4.0 per cent in the April-June period on an annual basis.
After flirting with a Japan-style downward price-spiral, inflation is back on track with the July core reading at 2.4 per cent, the highest since February 2010. It was last above the 2.0 per cent target in December of that year.
"This strengthens our view that the Riksbank will hike in April, which is earlier than they themselves say currently," said Anna Breman, chief economist at Swedbank.
The central bank has forecast it will start hiking rates from the current -0.50 per cent in mid-2018 and, having missed its inflation target for years, it will be cautious.
Most analysts see inflation falling back later this year as the effects of a stronger crown and a lower oil price begin to weigh.
July's figures were also affected by temporary factors, including a change in the calculation method for package holidays.
But Sweden's economy is growing at one of the fastest rates in the European Union and the developed world. Earlier in August, the National Institute of Economic Research increased its 2017 growth projections to 3.0 per cent.
This compares with Organisation for Economic Co-0peration and Development (OECD) projections for 2.1 per cent in the United States and 1.8 per cent for the euro zone.
Hikes
As important is the stance of the European Central Bank (ECB). While European rate-setters have dropped their easing bias, analysts still see a chance the ECB will extend its quantitative easing programme into next year.
Hikes in the ECB's policy rate are seen even further off.
Speaking at the last rate-setting meeting, Ricksbank Governor Stefan Ingves said he did not want to get too far ahead of the ECB.
That would boost the crown, undoing years of hard work on inflation by pushing down import prices. "It is not a scenario that we are talking about," Ingves said.
The crown gained around 6 ore after the inflation figures standing at around 9.48 to the euro.
"The Riksbank can't relax yet," said Torbjorn Isaksson, economist at Nordea. "It needs maintain a relatively soft tone so that the crown does not strengthen too fast."
Overall Swedish consumer prices rose 0.5 per cent in July from the previous month and were up 2.2 per cent from the same month last year, the statistics office (SCB) said on Tuesday.
Underlying inflation, which strips out interest rate effects, was 0.6 per cent on the month and 2.4 per cent on the year.
The Riksbank forecast headline inflation of 1.64 per cent and underlying inflation of 1.79 per cent.
The Riksbank publishes its next rate decision on September 7.