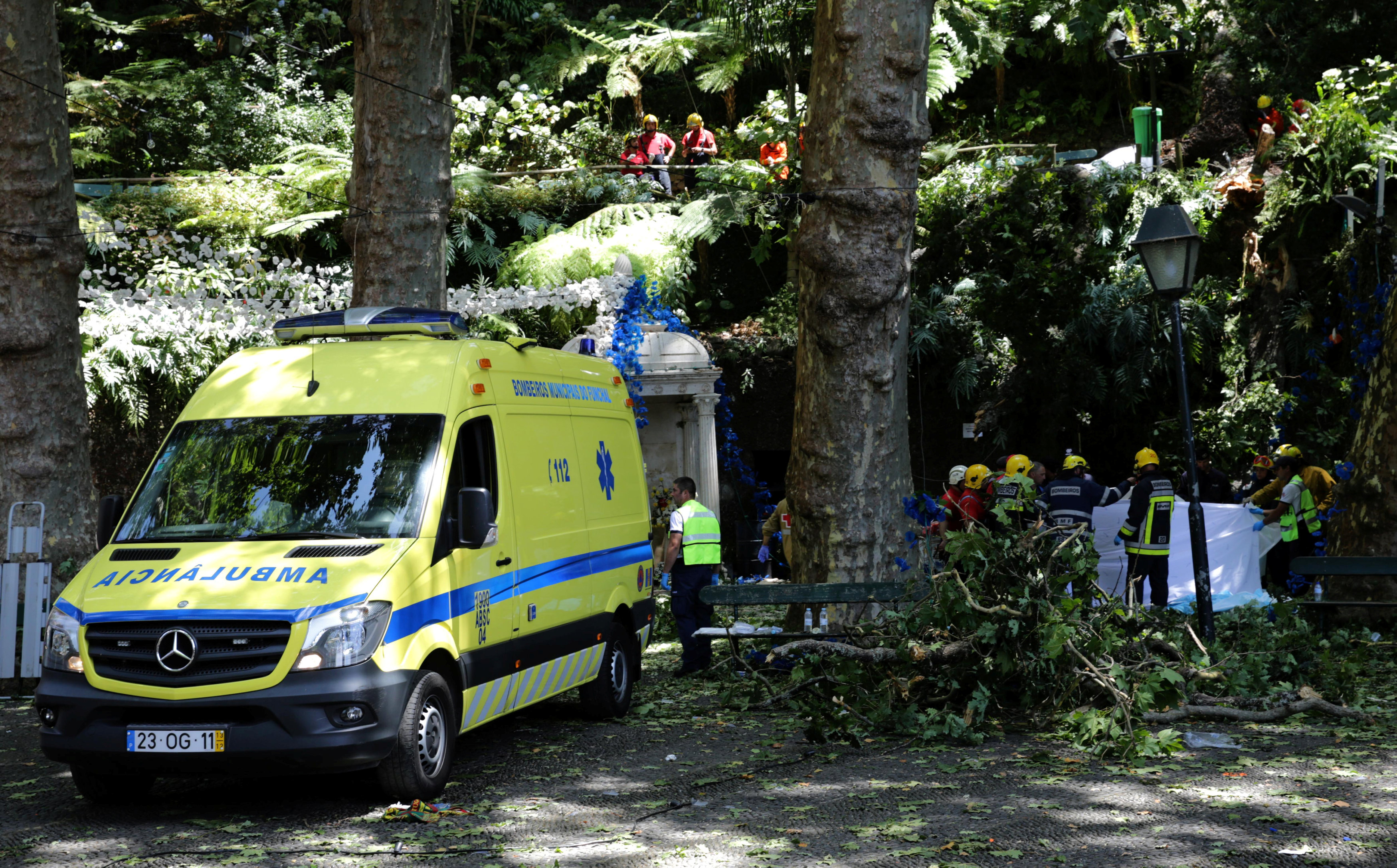 Lisbon: A tree toppled into a crowd of worshippers during a major Christian festival on the Portuguese island of Madeira on Tuesday, killing 12 people and leaving 50 injured, officials said.
The accident happened during Madeira's biggest annual Roman Catholic festival, which draws big crowds to celebrate the island's patron saint, Our Lady of the Mount. Worshippers were struck by the falling tree near a shrine in a park in the hills above Madeira's capital Funchal as they prepared for a procession.
Pedro Ramos, health secretary of the local government of Madeira, said 10 people had died on the spot and a further two when they arrived in hospital. He said some of the injured were foreign tourists, including from Germany and France.
"My thoughts are with the families and friends of the victims and my solidarity is with the citizens of Madeira," Prime Minister Antonio Costa said.
President Marcelo Rebelo de Sousa was travelling to the island to comfort victims. An amateur video posted on the website of local newspaper Jornal de Madeira showed the huge tree crashing down into the crowd, prompting many to run for their lives. Television showed fire and rescue services working to help victims and cut away the fallen tree. "It was terrible, it was so sudden," Xavier Nunes, an eyewitness, told SIC television.
Local media said the tree was rotten, and had been partly supported by a metal cable.
Portugal has had a tough year with a number of disasters, including its most tragic forest fires in memory, which killed 64 people in June. Fires have continued to rage through the summer. Last summer Madeira suffered fierce forest fires that killed at least four people.