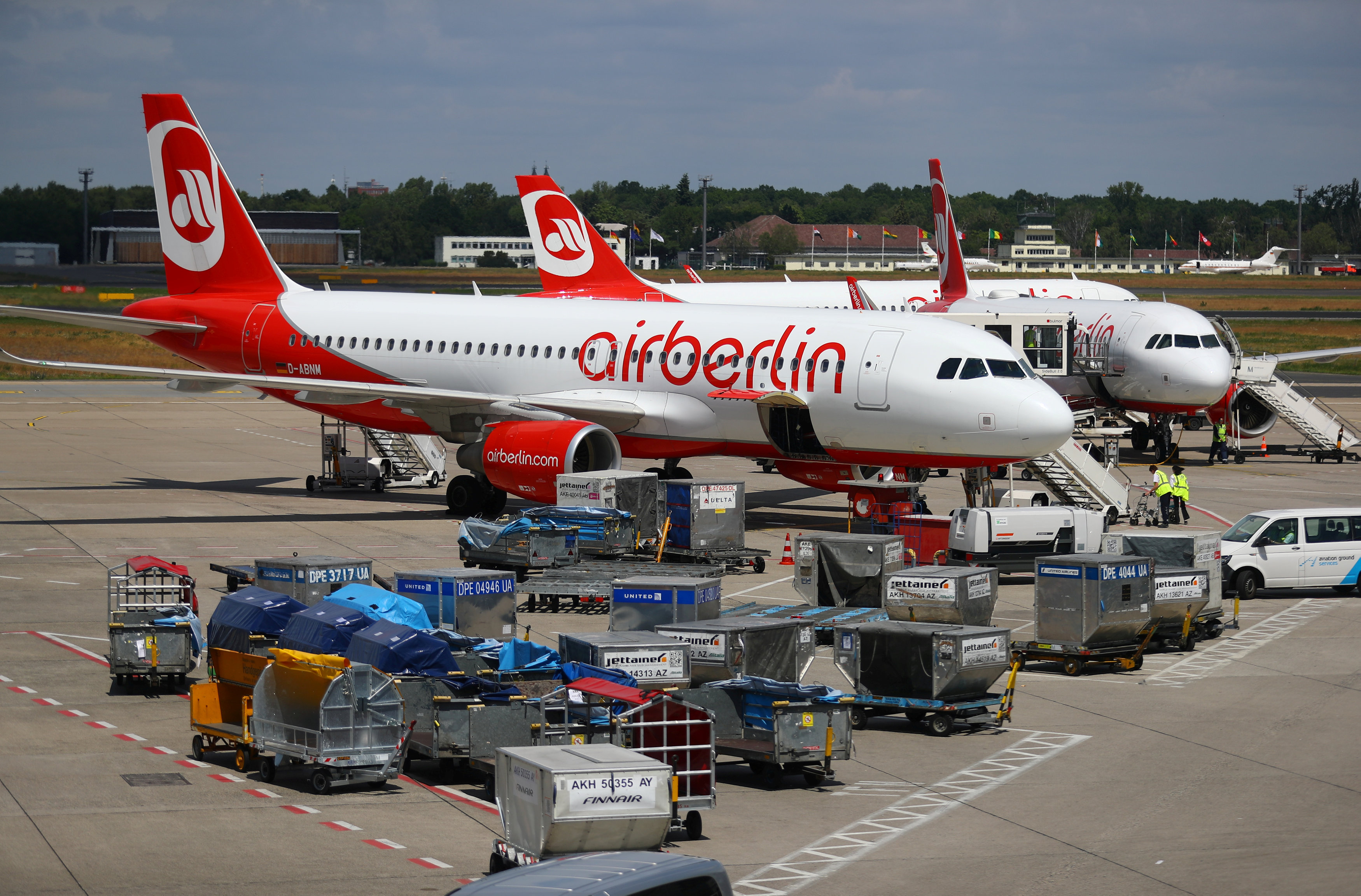 Berlin: Air Berlin, Germany's second-largest airline, filed for bankruptcy protection on Tuesday after key shareholder Etihad Airways withdrew funding following years of losses, leaving valuable runway slots up for grabs.
The move offers Lufthansa and rivals a chance to acquire slots at airports such as Berlin Tegel and Duesseldorf, with Germany's largest airline keen to defend its domestic position against expansion by low-cost rival Ryanair.
Lufthansa confirmed it was in talks to take over parts of the business, while a source said easyJet was the second airline referred to by the government as being in talks with Air Berlin. The British budget carrier declined to comment.
The insolvency comes as thousands of Germans enjoy their summer holidays and just ahead of a September general election. Berlin has granted a bridging loan of 150 million euros ($176 million) to allow Air Berlin to keep its planes in the air for three months and secure the jobs of its 7,200 workers in Germany while negotiations continue.
The government said it expected decisions to result from these negotiations in the coming weeks. Lufthansa has already leased Air Berlin planes to provide flights by its Eurowings budget airline and has made no secret of its interest in taking on more of Air Berlin's business while being mindful of the potential obstacles posed by debts and anti-trust issues.
"Lufthansa has played a canny waiting game over a number of years and is now well placed to cherry pick those parts of Air Berlin's operation that suit it best without buying the whole loss-making enterprise," Jonathan Wober, analyst at CAPA-Centre for Aviation, said.
Ryanair said Air Berlin was being prepared for Lufthansa's takeover, which it said would breach competition laws. But German transport minister Alexander Dobrindt said he was confident there would be no anti-trust issues because the business would be sold off in bits.
In a statement published after trading hours, the Irish carrier said it had lodged a complaint with the German and European competition authorities regarding "the obvious conspiracy" playing out in Germany over Air Berlin.
"This manufactured insolvency is clearly being set up to allow Lufthansa to take over a debt-free Air Berlin which will be in breach of all known German and EU competition rules," Ryanair said.
Air Berlin, which became famous for its "Mallorca shuttle" services, piled up debt after a series of takeovers and bookings have been hit in recent months by concerns over its finances. It made a net loss in almost every year since 2008 and in 2016 reported a record deficit of 782 million euros ($915 million), equivalent to more than 2 million euros a day. Funding from Etihad Airways, which bought into the airline in 2011, has helped to keep it afloat and the Abu Dhabi-based airline provided an additional 250 million euros in April. But Etihad has been reviewing its European investments after they failed to bring in the profits expected. Alitalia , another of Etihad's investments, is also in administration and is seeking bidders.