On the ball: Football can give so much back to you 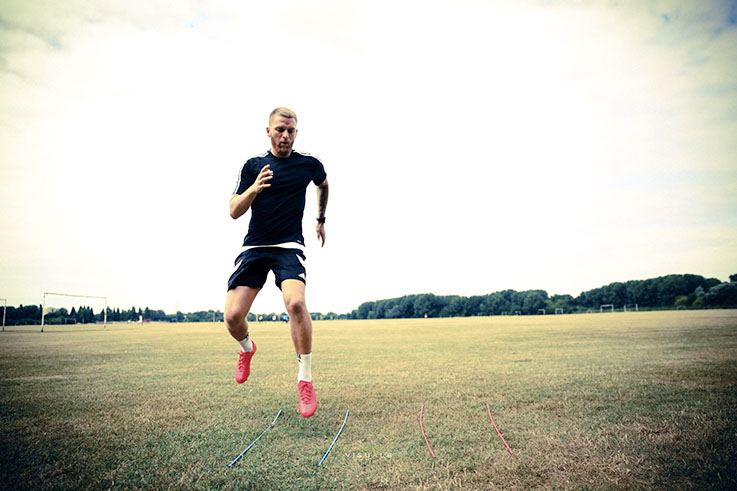 With the new Juventus Academy all set to take to the pitch this September, there is much that young footballers in the Sultanate can look forward to. Spearheading this new initiative on behalf of the Bianconeri is Gerald Lami, a coach with many years of experience and plenty of wisdom to impart to the next generation. “I kind of started my own soccer school in my local area just to show the youths there that there are different avenues that you can go down to, even in the deprived areas or the less unfortunate areas, as some want to call it,” recalled Lami, who was speaking to Jamie Pollitt of Football Prospects, a website that looks at youth football in the UK, and Times of Oman was on hand to get the down low.

“Eventually, I got the chance to go and coach for Arsenal in the community, and that helped me so much in terms of building confidence,” added Lami. “I gained so many qualifications, I helped out the youths in my local area, started to build a reputation, as I was feeding the boys into other local clubs, and at that age it was just about building experience. At that time, I wasn’t really thinking about anything else but building some sort of foundation for myself in the coaching industry.

And how, then, did this soft-spoken hardworking lad, who’d moved from Albania to London at a young age, find himself in the Middle East?
“One of my mates was in Oman,” recalled Lami. “He was coaching out of the Arsenal Soccer Schools in Oman and there was a position that had opened up, and so he asked me if I would be interested in coming out there, and without a doubt, I was definitely up for it.
“It’s been a great experience, because, again, it’s character building and you’re viewing things from a different perspective, meeting new people and seeing things in a different light,” he added. “Being in a different environment means you’re bound to see things in a different way.”

“For myself, anyway, that’s what I wanted, even if I didn’t make it to the highest level, I just wanted to be in the game, so that is my advice – don’t give up on the game, because even though it is a harsh game, it can give so much back to you.”

“I’ve had the privilege of going to different countries, due to football. I’ve coached out of Italy, I’ve coached in Belfast, Oman, Bahrain, so I’ve coached out of a few countries due to football, and that’s allowed me to travel the world, and hopefully, will continue to do so.
With Arsenal Soccer Schools now pulling out of Oman and making way for the Juventus Academy, Lami is once again relishing the opportunity to work with such a footballing heavyweight.

“I’m looking forward to the transition, but again, I’d never thought I’d be coaching for a club like Juventus,” he admitted. “This is a massive, massive opportunity to tackle. Our aims are more recreational sports, so it’s about kids coming in, learning about teamwork, communicating, working on the technical aspects such as passing and shooting, dribbling etc, as well as the mental strength and the tactical side of the game, under the Juventus brand, so that’s the objective of the Juventus soccer school.

“Football is very popular in Oman, but it’s just not in the limelight. You get loads of talented players there, but it’s just not broadcast out to the world,” he revealed. “The system in Oman, in terms of football, is where they don’t really look into youth football, so I think that’s the drawback in terms of progression. “With anything, you need to start from the bottom up. You need to build your foundation before you build a house.”

To know more about Football Prospects, visit www.fbprospects.com or hit them up on Instagram at @fbprospects.
—[email protected]