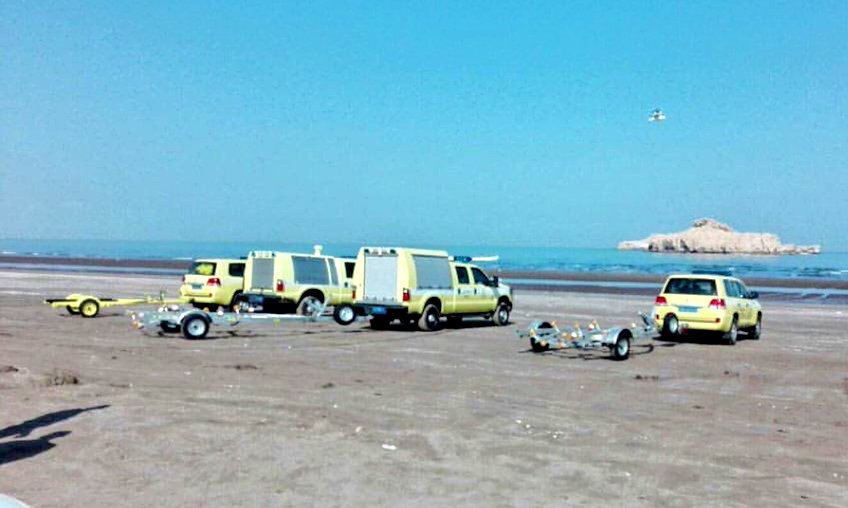 Muscat: Two brothers have died and three other family members were rescued off the coast of Sohar after a family swimming trip ended in tragedy.
A 15-year-old teenager and his 26-year-old brother died while three other members of their family were pulled from the water by local citizens, according to a family member and emergency services.
Get your essential daily briefing delivered direct to your email inbox with our e-newsletter
One of the three rescued is described as in a stable condition, while the other two are unharmed, according to rescuers.
A search was launched for one missing person last night after the Public Authority for Civil Defence and Ambulance (PACDA) said two others had been pulled from the water.
"Reports of three children drowned at sea in Sohar," the authority had said. A spokesman said the incident happened off the coast of Majaz Al Kubra.
According to PACDA, two of the family were rescued by citizens and taken to hospital.
"Their health conditions are from mild to moderate and the search is still ongoing for the third child," PACDA said.
The agency later released a statement, revealing that there had been two deaths and three people rescued.
"Further reports on the drowning in the Sohar sea reveals that the incident resulted in two deaths and another person in stable condition and another two who were rescued and are in good health," PACDA stated via their Twitter account.
A relative of those who drowned, who also resides in Majaz Al Kubra, told Times of Oman that the funeral for both the siblings were held on Tuesday evening. "The five involved in the incident were swimming in rough seas when the incident took place," the relative said.