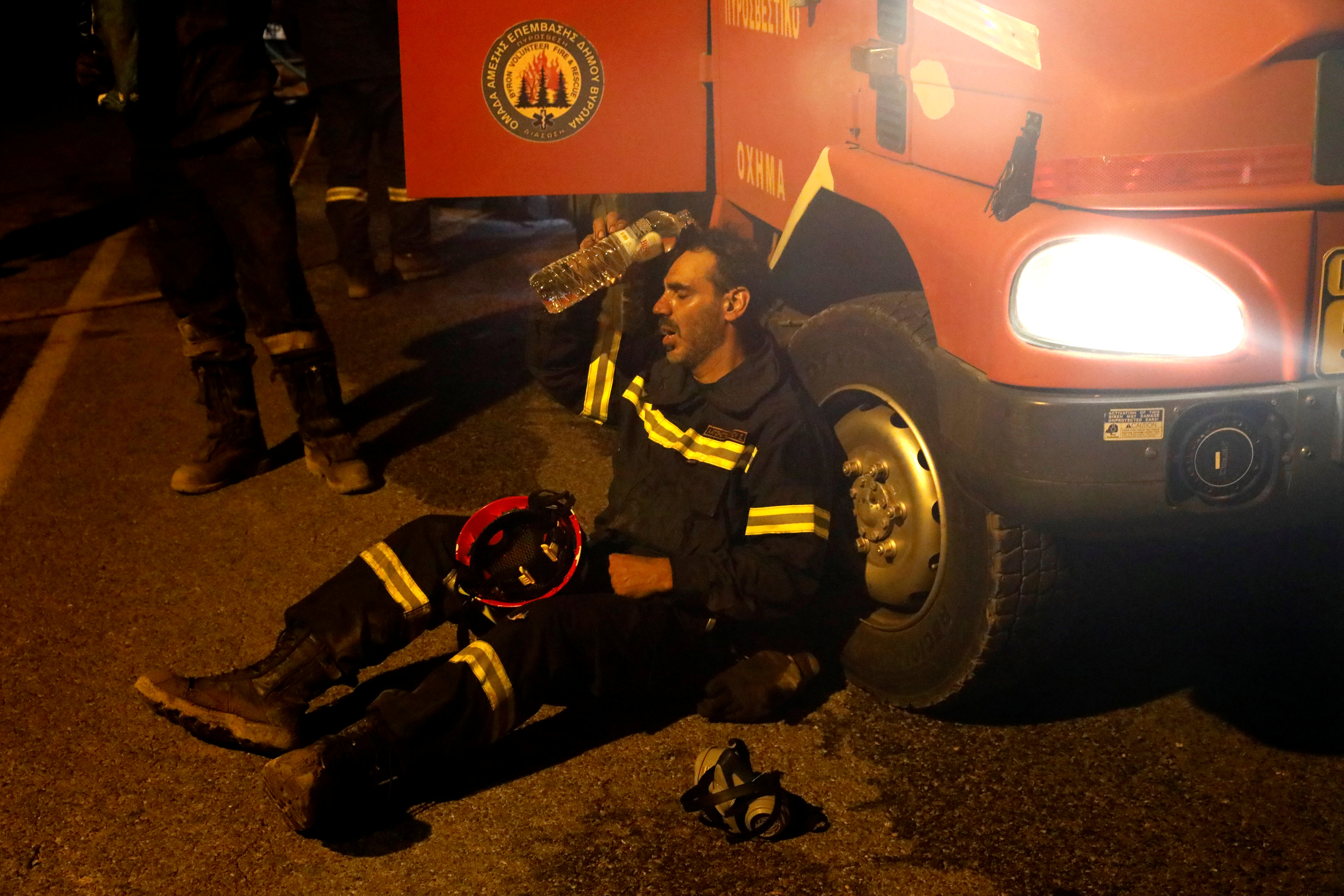 Athens: Firefighters battled a wildfire northeast of the Greek capital for a third day on Tuesday, trying to prevent a blaze that scorched thousands of hectares of pine forest from spreading further.
The fire near Athens started in Kalamos, a coastal holiday spot some 45 km (30 miles) northeast of the capital, and spread to three more towns, damaging dozens of homes. A state of emergency was declared in the area.
"We are trying to contain the active fronts and the main priority is the protection of human life," fire brigade spokeswoman Stavroula Maliri told a press briefing.
Three fire-fighting planes and six water-throwing helicopters operated through the morning, assisting 180 firefighters and about 100 military personnel battling the blaze on the ground near the town of Kapandriti.
Rugged terrain dotted with small communities made the fire fighting difficult, with winds rekindling the blaze at many spots along the front. Thick billowing smoke rendered fire fighting from the air difficult.
Authorities ordered a precautionary evacuation of two summer camps and homes in the area and evacuated a monastery after flames reached its fence on Monday. Hundreds of Kalamos residents fled, heading to the beach to spend the night.
On Monday firefighters battled more than 90 forest fires across Greece, an outbreak fed by dry winds and hot weather that saw blazes burning near Athens, in the Peloponnese, and on the Ionian islands of Zakynthos and Kefalonia.
On Zakynthos, an island popular with foreign tourists, several fires continued to burn for a fourth day and authorities declared a state of emergency. One minister said those fires had been set deliberately.
"It's arson according to an organised plan," Justice Minister Stavros Kontonis, who is the member of parliament for Zakythnos, told state TV when asked to comment on the dozen fires burning on the island.
"There is no doubt about it."
Late July and August often see outbreaks of forest and brush fires in Greece, where high temperatures help create tinder-box conditions.
A resident of Kalamos told Reuters TV: "It was a terrible mess... You could see homes on fire, people running, people desperate, it was chaos and the fire was very big."
Andreas Theodorou, a local councillor in Kalamos, said the blaze had damaged "several dozens of homes."
"Help did not arrive fast enough, and if you don't stop a forest fire so large as soon as it breaks out, it's very hard to put it out," he said.
In the Peloponnese region of Ilia, the site of Greece's worst fires in 2007, which killed more than 70 people, blazes broke out in three areas on Monday, prompting the evacuation of a village. The fires there were contained on Tuesday.