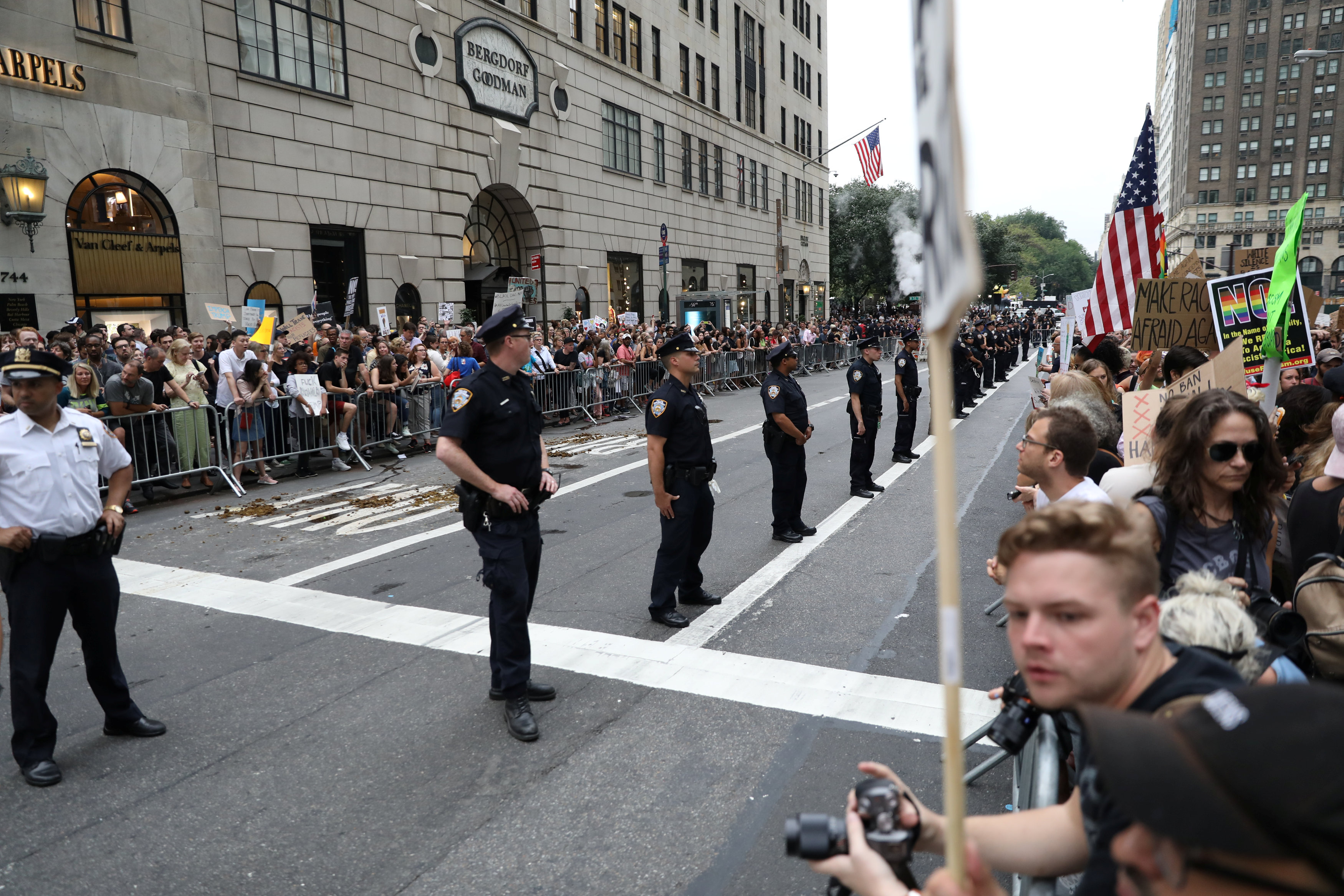 Charlottesville (Virginia)/Washington: U.S. President Donald Trump, facing a mounting political furor and backlash from business leaders, has explicitly condemned neo-Nazis, the Ku Klux Klan and other white supremacists two days after a rally by hate groups in Virginia turned deadly.
The Republican president's specific denunciation of extreme right-wing organizations, whose followers constitute a devoted segment of his political base, came on Monday after a torrent of criticism from Democrats and members of his own party.
Critics said Trump waited too long on Saturday to address the upheaval in Charlottesville before delivering a tepid and ambiguous message denouncing hatred and violence "on many sides."
Two days later, yielding to pressure for a more forceful response to the biggest domestic crisis of his presidency, Trump singled out the white nationalists whose "Unite the Right" rally was widely seen as stoking the Charlottesville disturbances.
"Racism is evil, and those who cause violence in its name are criminals and thugs, including the KKK, neo-Nazis, white supremacists and other hate groups that are repugnant to everything we hold dear as Americans," Trump said in a statement to reporters at the White House on Monday.
By the time he sought to revise his message, however, the most pointed rebukes were coming not just from politicians, pundits and civil rights activists, but from the captains of American industry.
In quick succession, three members of Trump's advisory American Manufacturing Council quit in protest, led by the chief executive of one of the world's biggest pharmaceutical companies, Kenneth Frazier of Merck & Co Inc.
The CEOs of sportswear manufacturer Under Armour semiconductor chip maker Intel Corp, Kevin Plank and Brian Krzanich, announced their resignations from the panel hours later.
Trump quickly struck back on Twitter at Frazier, who is black, saying the Merck executive would now have more time to focus on lowering "ripoff" drug prices.
Trump also lashed out on Monday at the media, where many commentators said his response to the Charlottesville unrest still rang hollow.
"Made additional remarks on Charlottesville and realize once again that the #Fake News media will never be satisfied...truly bad people!"
Saturday's disturbances erupted after hundreds of white nationalists converged in Charlottesville to protest plans to remove a statue of General Robert E. Lee, commander of the pro-slavery Confederate army in the U.S. Civil War.
They were met by crowds of anti-racism demonstrators in heated confrontations that escalated into street brawls. A car then plowed into a group of the counter-protesters, killing one woman and injuring 19 other people.
Police identified the driver as a 20-year-old man said to have harbored Nazi sympathies. He was detained on charges of murder, malicious wounding and leaving the scene of a fatal accident.
Several other people were arrested during the day as the clashes left another 15 people injured. Two state troopers involved in crowd control were killed when their helicopter crashed.