Zimbabwe's first lady, Grace Mugabe to be charged with assault in South Africa 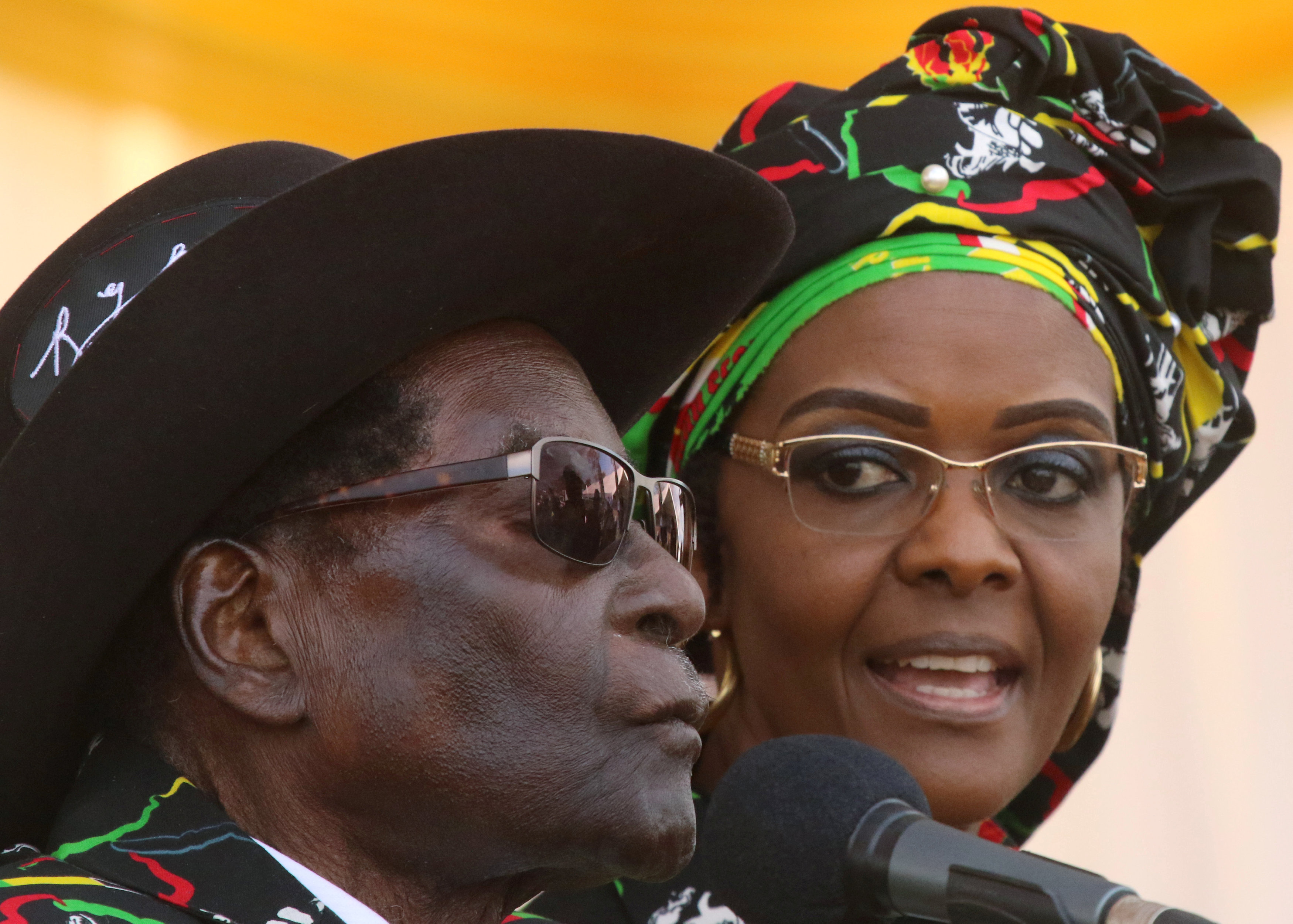 Johannesburg: Zimbabwe's first lady, Grace Mugabe, handed herself in to South African police on Tuesday and will be charged with assault after reports that she attacked a young woman in Johannesburg, the police minister said.
Fikile Mbalula earlier told reporters that 52-year-old Grace, a possible successor to her husband, 93-year-old President Robert Mugabe, had cooperated with police.
South African media said Grace was in the country to have an injured foot examined. It was unclear whether she was travelling on a diplomatic passport.
On whether she could be arrested while having diplomatic immunity, Mbalula said: "All those implications will be taken into consideration." He then added: "She will be charged."
"She is not under arrest because she cooperated and handed herself over to the police. But a case has been opened," he said.
It was not clear at which court Grace would appear.
Neither Grace Mugabe, Zimbabwe information minister Christopher Mushohwe nor Mugabe's spokesman George Charamba were available to comment.
A Zimbabwean intelligence source said Grace had been travelling on an ordinary non-diplomatic passport. "She was here on business," the source told Reuters.
South Africa's News24 website said 20-year-old model Gabriella Engels had been visiting the Mugabes' sons Robert and Chatunga at a hotel in the upmarket Sandton district over the weekend when she was set upon by Grace.
"When Grace entered, I had no idea who she was. She walked in with an extension cord and just started beating me with it," she told the news website.
"She flipped and just kept beating me with the plug. Over and over. I had no idea what was going on. I was surprised... I needed to crawl out of the room before I could run away."
News24 published a picture of what it said was Engels with a large gash in her forehead. "I am a model, with this scar over my face my whole career is ruined," she said.
It was unclear what triggered the incident.
Mugabe's two sons were kicked out of the Regent luxury apartment complex in Sandton a month ago after an incident in the middle of the night, staff at the complex told Reuters.
Regent manager Imelda Fincham did not elaborate but confirmed the pair had left. "They're no longer here," she said.
In 2009, a press photographer in Hong Kong said Grace and her bodyguard had assaulted him. Police there said the incident was reported but that no charges were brought.
President Mugabe spoke at a public event marking Defence Forces Day in Harare on Tuesday, but did not mention Grace.
Grace was in the news in late July when she challenged her president husband to name his preferred successor.
The issue of who will succeed Mugabe has deeply divided Zimbabwe's ruling ZANU-PF party. One faction supports Grace and the other Vice President Emmerson Mnangagwa, who is recovering in a South African hospital after he fell ill and was airlifted from Zimbabwe.