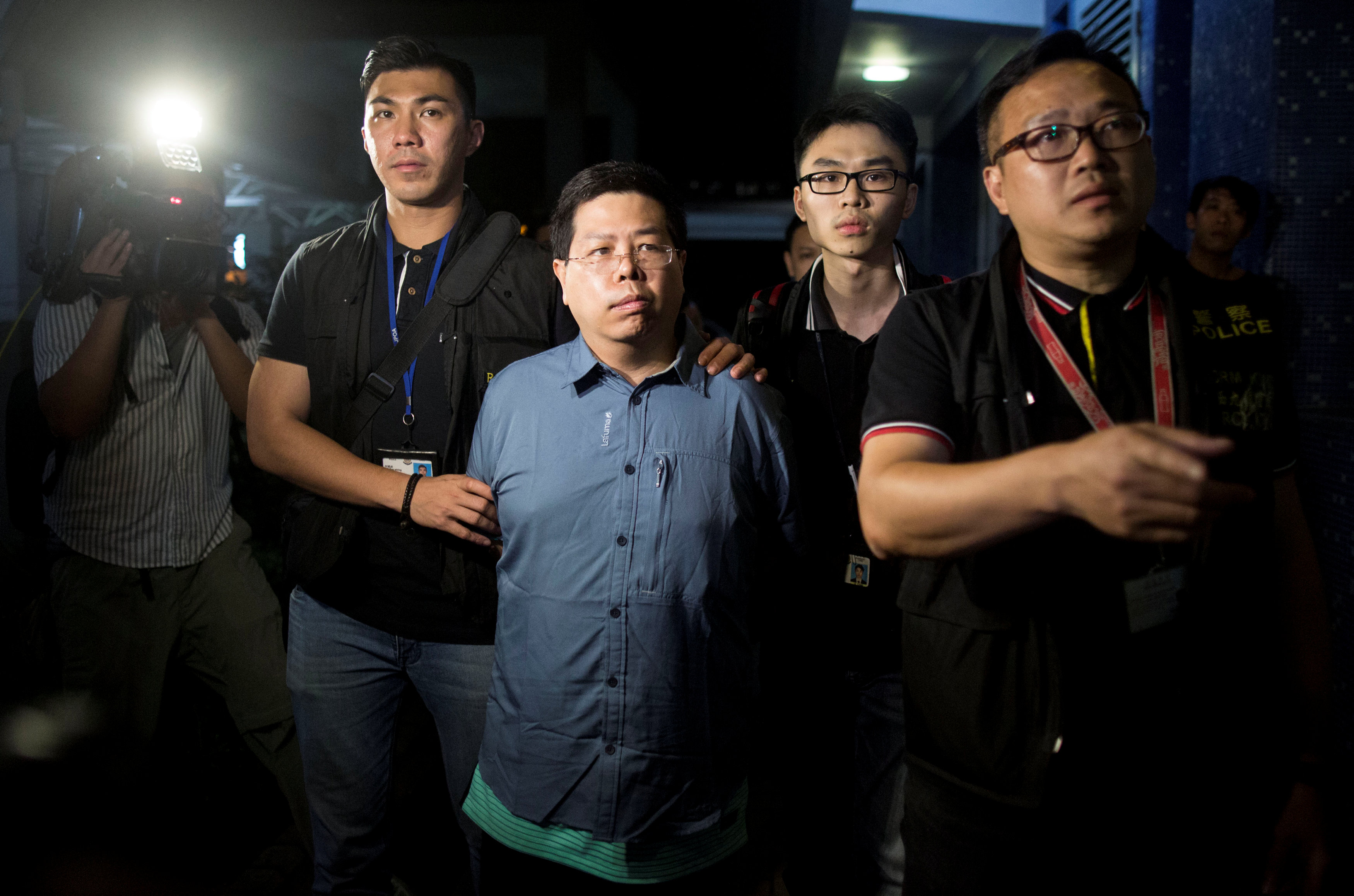 Hong Kong: Hong Kong police said on Tuesday they had arrested a prominent member of the opposition Democratic Party for "misleading police" after he claimed he had been assaulted and illegally detained by mainland Chinese agents in the city.
Howard Lam was shown on local television being taken away by police in a van with handcuffs in the early hours of Monday morning.
He was questioned at a police station, with evidence taken from his home including a tablet computer, mobile phones and a pair of sunglasses.
"We believe the information he gave is false," Cheng Lai-ki, a superintendent of police, told reporters. The police said in a statement that Lam had been arrested for "misleading police".
Lam had last week held a press conference, claiming he had been beaten by mainland Chinese agents in Hong Kong before being dumped on a beach in what activists said was a shocking breach of Hong Kong's autonomy by Chinese authorities.
Lam, who remains in police custody, couldn't be immediately reached for comment. But the Democratic Party disputed the police claims and continued to stand by Lam's version of events.
"Up to now, I can see no cogent evidence for me to disbelieve Howard Lam," Albert Ho, a senior member of the Democratic Party, told Reuters.
Ho was also critical of the police for turning an alleged victim of a brutal assault into a suspect without making clear their grounds for doing so.
Hong Kong, a former British colony that returned to Chinese rule in 1997, was handed back amid promises that Beijing would grant the city a large degree of autonomy and freedoms not allowed in mainland China, under a so-called "one country, two systems" arrangement.
Lam, a longstanding and active member of the city's largest and most established opposition political group, the Democratic Party, said he had also been warned in a telephone call not to give an autographed photograph from Barcelona's star footballer Lionel Messi to the widow of Chinese dissident Liu Xiaobo.
Lam said he was confronted by men speaking Mandarin, the main language in mainland China but not widely used in Cantonese-speaking Hong Kong, outside a sports store. Lam wasn't, however, able to give concrete evidence to back up his claims the men were Chinese agents.
Lam had said the men took him away and interrogated him in a nine-hour ordeal. He also showed reporters wounds on his body, including welts and a series of metal staples that he said the men had punched into his skin for being "unpatriotic". He was knocked out and eventually found himself dumped on a remote beach, Lam added.
But in CCTV footage carried on local television, a man in sunglasses and a medical face mask with a passing resemblance to Lam was shown walking freely in the area at the time of the purported abduction.
Lam, when shown the footage, said on local television before his arrest that he believed the man in the footage was not him.
Hong Kong's leader Carrie Lam said she was confident the police would investigate the matter fully.