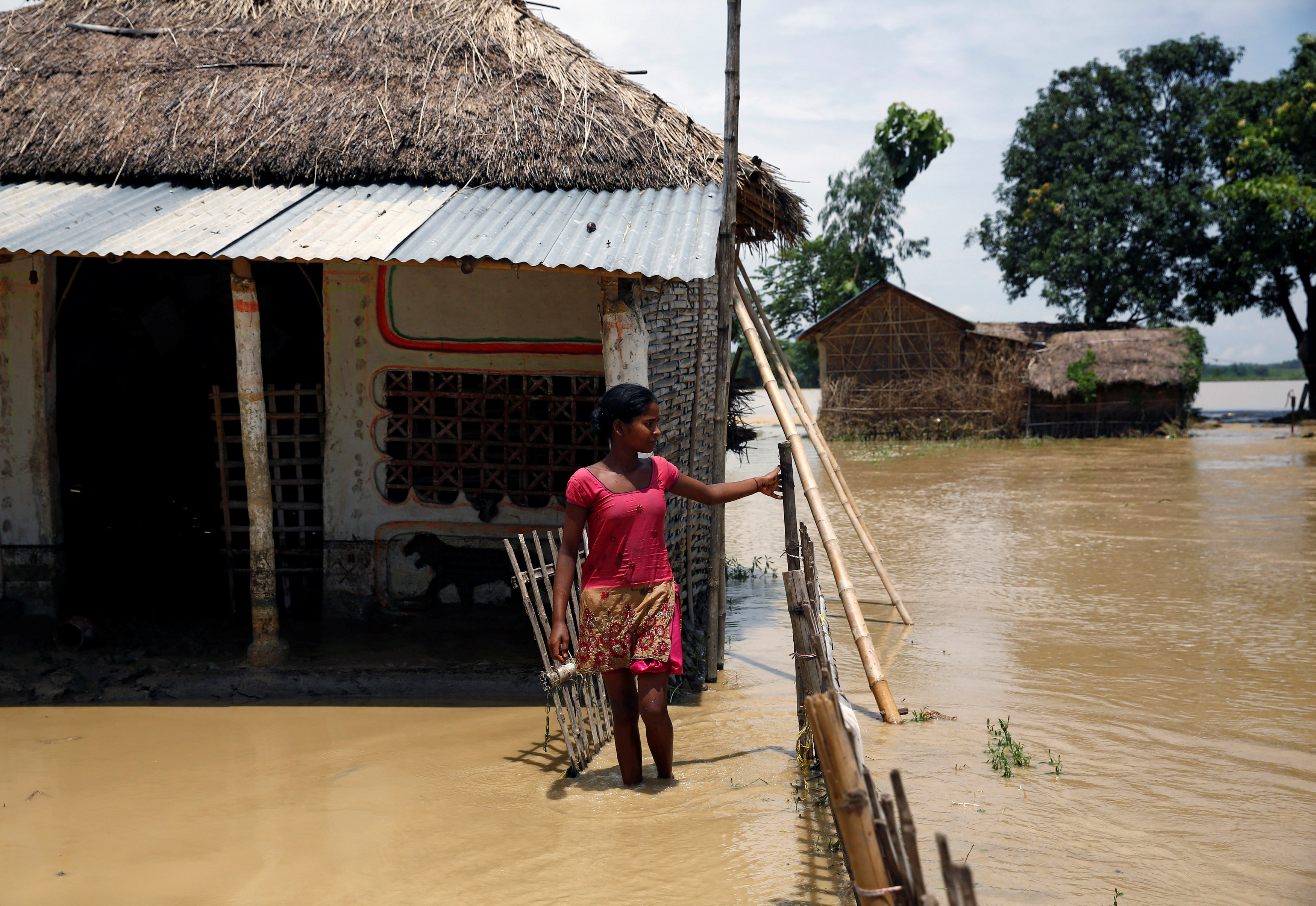 Kathmandu: The death toll from widespread flooding and landslides in Nepal on Tuesday climbed to 115 with nearly 40 people still unaccounted for and over six million affected by incessant rainfall across the Himalayan country.
Most of the displaced, living in temporary shelters for the past three days, were yet to receive relief supplies in the flood-hit interior areas, the Kathmandu Post reported.
More than 2,800 houses have been completely destroyed.
Normal life in parts of Nepal has been hit and a large number of people have been displaced due to flooding and landslides.
Authorities recovered seven bodies from the "no man's land" near the flood-hit Biratnagar-Jogbani border with India on Tuesday and the death toll has hit 115, Home Ministry sources said.
"A committee has been formed under Home Minister Janardan Sharma to ascertain the extent of the loss. The chief secretary and secretaries of 12 ministries are members of the committee," home ministry spokesman Ram Krishna Subedi said.
The ministry said that the Nepal government has accelerated rescue and relief operations. It said nearly 27,000 security personnel have been engaged in post-disaster operation and a search for those missing was underway.
Thirteen helicopters, including seven from the Nepal Army, motorboats, rubber boats and other equipment are being used for search, rescue and to supply relief materials.
Subedi said tarps, cooking pots, dry foods, salt, vegetable oil and other relief supplies have been distributed in the affected districts.
Heavy rainfall has lashed Nepal for the past five days.
The Rapti river, which flows through a large part of Nepal towards the southern plains, has flooded human settlements and hotels popular with tourists in the central Chitwan Valley. Many people, inluding foreigners, had been stranded in Sauraha, a part of the Chitwan National Park.
The 35 Indians stranded there have been rescued, the Indian embassy said.
Some reports had previously said that 200 Indian tourists were among the 700 people stranded in Sauraha, but the Indian embassy officials said only 35 of them were Indian nationals.
The flood triggered by the monsoon rains, a yearly feature, has affected 27 districts across Nepal.