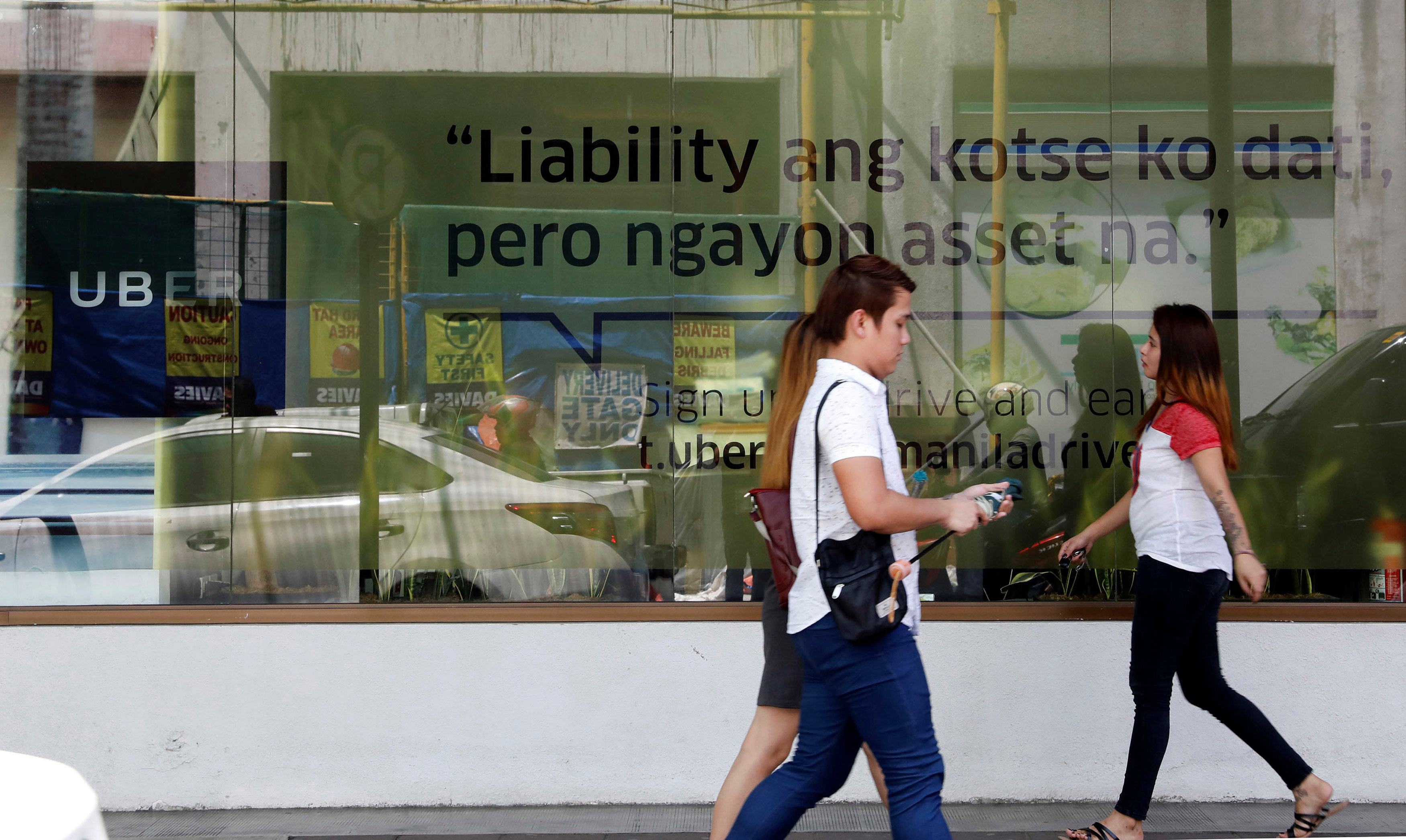 Manila: Uber Technologies Inc resumed its services in the Philippines on Tuesday, defying a regulator's order that had suspended the ride-hailing firm's services for a month in the Southeast Asian nation.
The Land Transportation Franchising and Regulatory Board late on Monday halted the service over what it said was Uber's violation of a directive to cease accepting new driver applications.
In an appeal against the order on Tuesday, Uber said it had the right to due process and wanted a stay on the implementation of the suspension.
"This means that Uber's operations will continue until the motion is resolved," Uber said in a Facebook posting.
The Philippines suspension is the latest setback this year to Uber, one of the most valuable startups in the world with a valuation upwards of $60 billion, which is struggling to recover from a series of scandals and is hiring a new leader.
Uber is already facing regulatory scrutiny in several Asian markets, including in South Korea and Japan. The firm said last month it is suspending its services in the Chinese-ruled territory of Macau from July 22.
The Philippines regulator is currently meeting to decide its next step, lawyer Aileen Lizada, a member of the transportation board, told Reuters in a text message.
But the board's Chairman Martin Delgra earlier said Uber's suspension stands.
"All these cases involving Uber and for that matter anyone involved in public transportation system has to understand that we need to be in some level of regulation," Delgra told reporters at a briefing.
Uber is hugely popular in the Philippines and is regarded by its users as more reliable and competitive than the country's outdated public transport services.
The suspension led to an outpouring of anger by Filipinos on social media. Uber issued an email to users informing them of the suspension, entitled "we'll be serving you again soon".
The Philippines was the first Southeast Asian nation to regulate app-based car-hailing operations after drawing up rules in 2015.
Last year the regulator suspended the acceptance and processing of applications for all ride-sharing services, including Uber, to study further how to regulate the industry.
Uber said it continued to accept new applications for drivers amid strong demand for the service, but did not process them.
A five-page suspension order of the regulator made available on Tuesday said the suspension was due to the "irresponsible" behaviour of Uber in "unduly challenging the limit of fair regulation" by continuing to accept driver applications.
At a congressional hearing earlier this month, Uber told lawmakers there were nearly 67,000 drivers registered with Uber in the Philippines.
Grace Poe, a senator and prominent advocate for improving the Philippines' notoriously shoddy transport services, said the regulator's order was "cruel and absurd".
In a statement, she said stopping Uber "further exacerbates the problem of having an utter lack of safe, reliable and convenient transportation options for our people."
But President Rodrigo Duterte's spokesman Ernesto Abella said a balance must be struck "between innovation and laws and regulations that the (regulator) has to implement as part of its administrative function".