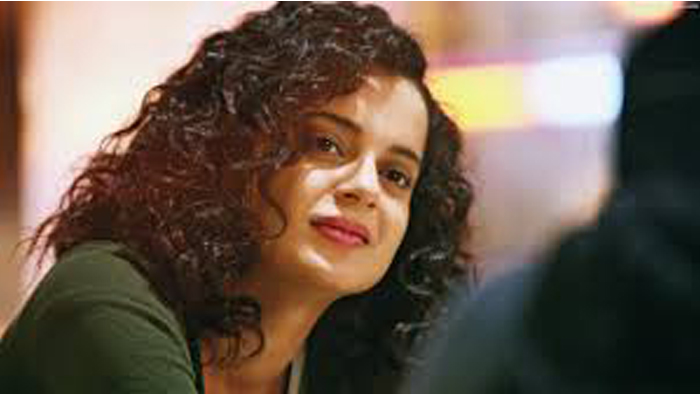 Mumbai: Ace fashion designer Neeta Lulla says Kangana Ranaut enjoys experimenting with her roles as well as her fashion choices. Neeta is currently working with Kangana on her upcoming film Manikarnika: The Queen of Jhansi. The movie is being directed by Krish.

In an interview with PTI, Neeta says, "It is lovely working with her. She is someone who gets in the character. She is always trying out different things (referring to her films and roles). She is in that sense very experimental. "In terms of fashion, she has a style statement of her own as whatever she wears she carries it off well. It is an absolute pleasure to be working with her."

The film is based on the life of Rani Laxmibai, the warrior queen of Jhansi, whom Neeta admires a lot. "She (Rani Laxmibai) was a woman of substance. There are lot of women today who do multi-tasking, they are house wives who do something that makes a difference, they protect their surroundings in whichever way they can.
"There are many Manikarnika in today's time. For a film to come up (on such a woman) is a beautiful thing," she says.
After having worked on period dramas like Devdas, Jodha Akbar, Khelenge Hum Jee Jaan Se, Mohenjo Daro,
Neeta is now excited about Manikarnika.... She says as a team they have to be really cautious as the movie deals with a real life character.

"There is an extensive research that goes in for a film like this as there is a sensibility attached to it. You have to do your best," she adds. The film also stars Ankita Lokhande and Atul Kulkarni in pivotal roles and is slated to release in April next year. Meanwhile, Neeta is also busy styling for three television shows - Ishqbaaz, Yeh Rishta Kya Kehlata Hai
and Iss Pyaar Ko Kya Naam Doon.

"When Star Plus approached me, I was more than happy to do it. It was challenging to do three different shows that have different cultural backdrop. For the shows I go by the demand of the script and accordingly style the artistes,"
she says.