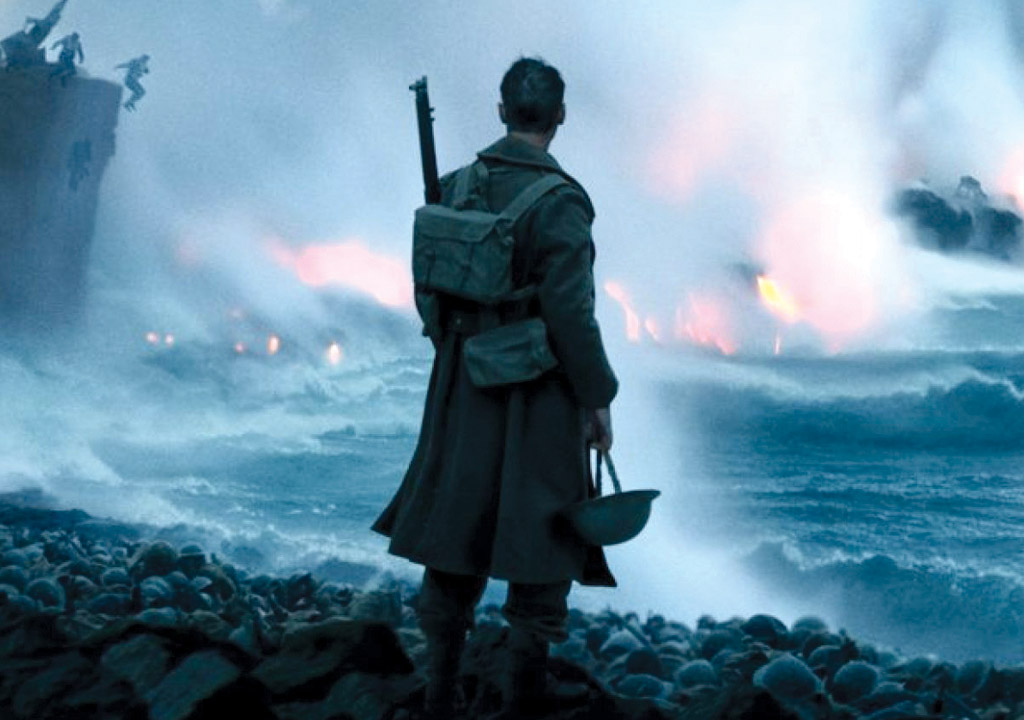 It’s the story that the world needs to know. Even after more than two weeks of its release Christopher Nolan’s ‘Dunkirk’ is still riding high. Everyone loves dialogue in movies: They form some of the most iconic lines and are the foundations of many memorable moments on the silver screen. Scenes without dialogue, though, are all the more poignant. After all, as the old adage goes, silence is golden, speech is silver. It is this moniker that looks to form the crux of Christopher Nolan’s take on Dunkirk.

When the World War II comes to mind, the frantic Allied evacuation of British and French soldiers from France’s besieged beaches is not one of the first memories. It doesn’t for example, have the shock value of Pearl Harbor, the dogged resolve of the Battle of Britain, or the juddering finality of Hiroshima and Nagasaki. Nolan, though, spins a tale wherein the movie – and not the actors involved – speaks for itself. Told through three perspectives, on land, at sea, and in the air, the movie is a testament and tribute to the courage and determination of man in the face of overwhelming odds. By May 1940, just a few short months after his invasion of Poland and Czechoslovakia and the Austrian Anschluss, Adolf Hitler had turned his armies westward, into France, the old foe that had thrashed the Germans so soundly in 1914.

After rampaging across France and pushing the Allies back to the English Channel, Hitler’s Blitzkrieg tactic seemed to have worked immensely. As the Germans began squeezing the life out of the beleaguered Allies, desperate times called for desperate measures: Winston Churchill and the Royal Navy sent out an emergency distress signal – any civilian ship that was seaworthy was to go and help the brave soldiers fighting for the right reasons in France. It might reek of desperation and sound daft, but there was little else that could be done.

The German Navy and their deadly submarines had steadily picked off Allied frigates, even as the Luftwaffe’s screeching dive bombers terrified men on land and at sea alike. In Britain, though, Hitler had found an enemy that would neither meekly give, nor surrender in wild panic, and it is these characteristics that are displayed in Dunkirk. The bravery and courage of the British infantryman — portrayed by Fionn Whitehead, who is aptly called Tommy, the slang term for a Brit soldier – was the best weapon the Allies had against the Germans, and it was these qualities that led them to fight on against Nazi Germany and the Axis powers. Some 3,38,226 soldiers were rescued by the motley fleet of the civilian flotilla.

As the pleasure yachts and sailboats off the coast of England laboured across the Channel, Spitfires from the Royal Air Force roared overhead, determined to buy their comrades on land a bit more time, as they went toe to toe with the Stukas, Messerschmitts and Junkers of Hermann Goering’s air force. Men like Flying Officer Farrier – played by Tom Hardy in the film – knew that this rescue mission they were undertaking might be the last time they took to the skies. They did so unflinchingly, because it was the right thing to do. With the waters surrounding Dunkirk too shallow for British naval ships to sail into, it was a rocky outcropping that jutted into the sea – called a mole in architectural vernacular – which served as a makeshift landing platform for those warships that did evade German aircraft and U-boats.

Crammed to the gunwales with squaddies from Britain’s Army, the Royal Navy’s Captain Bolton – Kenneth Branagh’s character in the film, a composite of several naval officers who stood steadfast in the face of aggression at Dunkirk – these soldiers would form the inspiration for a nation that was willing to now engage Hitler’s Germany, thereby highlighting the importance of this impromptu amphibious rescue.

History’s tales are spun by the victors, and few would want to remember such a chastening defeat. Dunkirk is, though, a story that the world needs to know about. As the movie itself says, “there’s no hiding from this. We have a job to do”. - [email protected]