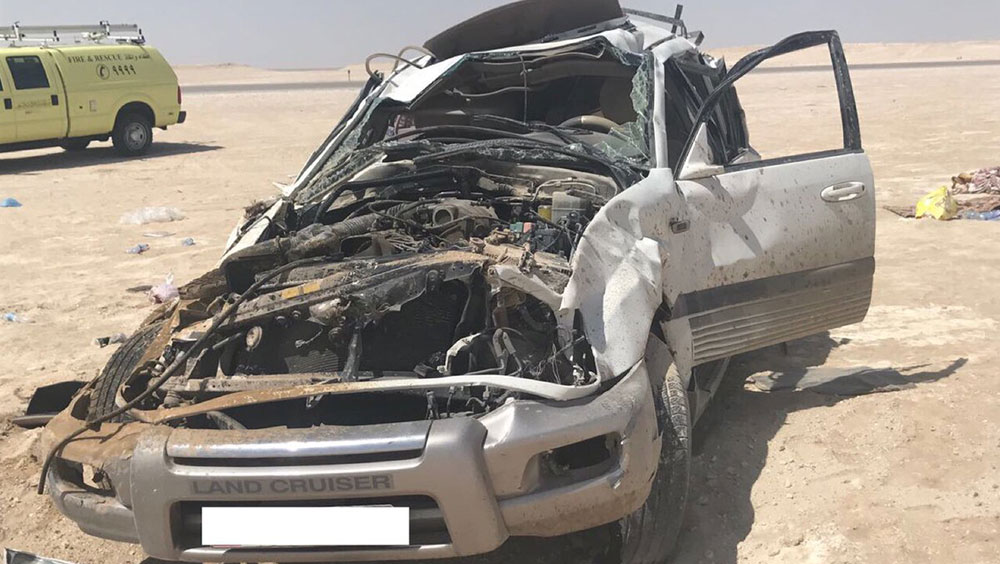 Muscat: Nine members of an Omani family were injured in a car crash on the Salalah Road, according to a statement from the Royal Oman Police.
The ROP said that the family were travelling on the road between Al-Ghaftin and Maqshan in Haima towards Dhofar when the accident took place, and that nine members of the family received varying levels of injury.
The injured were taken to Haima hospital.
Four Asian nationals were killed and two Omanis injured in a car collision earlier on Friday.